To celebrate its 75th anniversary, Esquire has re-created its classic 1966 Angie Dickinson cover with Victoria's Secret models. Among those models is Adriana Lima, who, in addition to posing for the magazine (see below), will be featured in an upcoming Super Bowl commercial for the women's retailer. Esquire also reprised the Dickinson classic in 2003, to celebrate its 70th year, with a cover shot of Britney Spears. 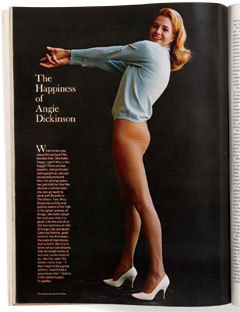 And Adriana's pic from the current issue: 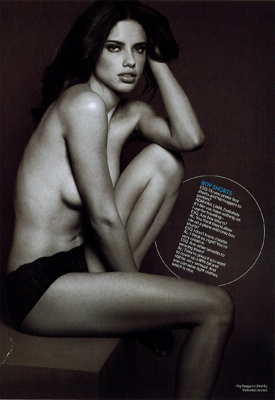