Estée Lauder's childhood dream wasn't to become a cosmetics creator. In fact, the New York native saw her "name in lights" as a movie star. Lauder may not have won any Academy Awards, however, her name has become emblematic of the American dream.

As the youngest of nine children, Lauder spent her adolescence working in her family's hardware store. She became interested in beauty products while assisting her uncle with his business selling face creams and fragrances. After completing high school, Lauder peddled his products to her friends and she went on to establish The Estée Lauder Company alongside her husband, Joseph Lauder. The pair built a multibillion-dollar empire focused on making women feel beautiful.

To commemorate the anniversary of Estée Lauder's death (on April 24), we are taking a look back at a 1971 photograph of the beauty queen. In this snapshot, she is wearing a bold patterned dress while relaxing on a couch. She sports her signature pearl necklace and perfectly coiffed hair. Lauder's flawless complexion became her calling card and gave her credibility when selling makeup. 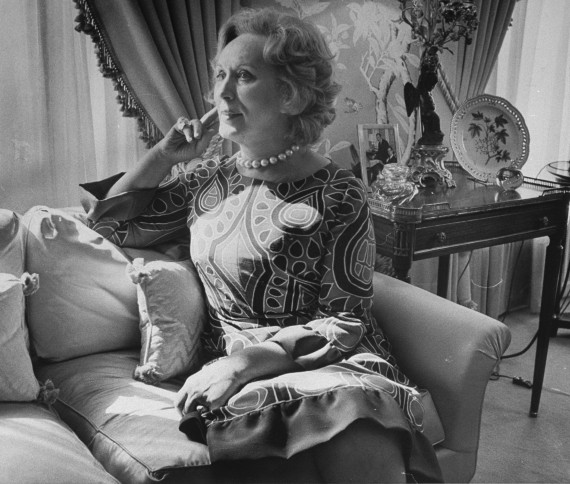