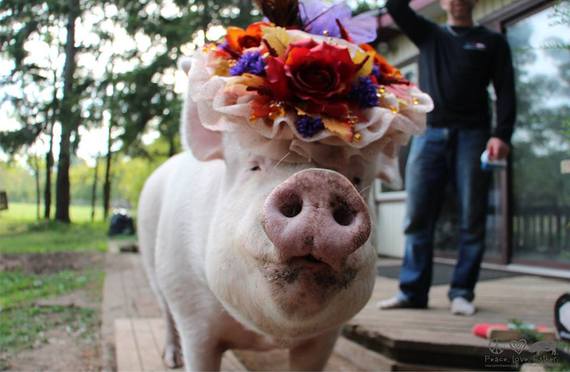 When news of death and terror fills our minds, when a crude parody of a man threatens to become the ruler of our great nation, when things seem darkest:

Then comes a pig.

Given that Rumplepimple is involved with animal rescue work, we've gotten to know quite a few four-legged celebrities. They are usually dogs, but in this case, the creature has hoofs instead of paws, and she weighs more than Gizmo, Juno, and Bocker the Labradoodle combined! Meet Esther, the once-tiny pig who wriggled into the hearts of Steve Jenkins and Derek Walter, brought chaos to the household, and ultimately became the catalyst for transformation.

The story began when Jenkins adopted a four pound creature which he'd been told was a miniature pig. The pet-loving couple's small home was already populated with felines and canines, and as the piglet grew they faced a number of challenges, including potty training, finding understanding pet sitters, and avoiding zoning ordinances. Jenkins decided to share Esther stories with friends and family through a Facebook page, and it quickly went viral. People from around the world wanted to see pictures of the porcine beauty, and to read about her adventures. As of this writing, the page has over 769,000 likes, and Esther's Twitter presence has nearly 30,700 followers.

In May of this year, the amazing pig tale was released in book form as Esther The Wonder Pig: Changing the World One Heart at a Time. (Rumplepimple says that it's almost as good as Charlotte's Web.) 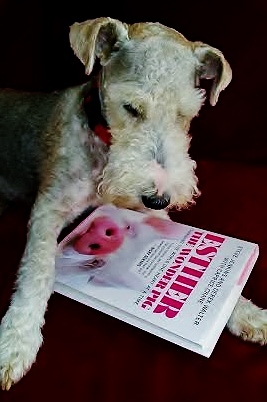 The book is currently #2 on the New York Times Best Seller list in the animals category. Esther seems to be ecstatic! 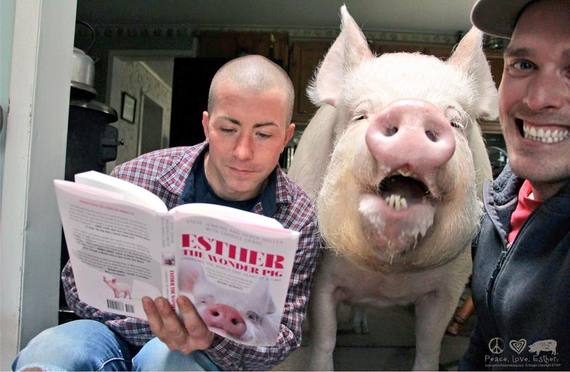 The book is heartwarming, but it's also inspirational, illustrating how unexpected disruption often results in profound life redirects. After all, when a 500 pound pig becomes part of your household, nothing is ever going to be the same. It points out another reality; that personal relationships with the "other" bring about transformation of thought. In this case, Jenkins and Walter got to know on a very deep level the intelligence and emotional life of swine. And because of that, they realized that they could no longer indulge in consumption of pork. The realization first came intellectually, but became visceral; the thought of eating ham and bacon quickly sickened them. The shift forced them to relearn how to cook using only plant-based ingredients; a not insignificant undertaking.

As Esther's dads shared the challenges of their journey through vegetarianism and into veganism, Esther's followers were along for the ride. Many posted comments about their own attempts to make dietary changes after looking bacon straight in her smiling eyes. I'm on that journey now myself. My daughter began introducing me to the many problematic aspects of meat consumption a number of years ago. My step-daughter brought it back to my awareness more recently, and then came this face: 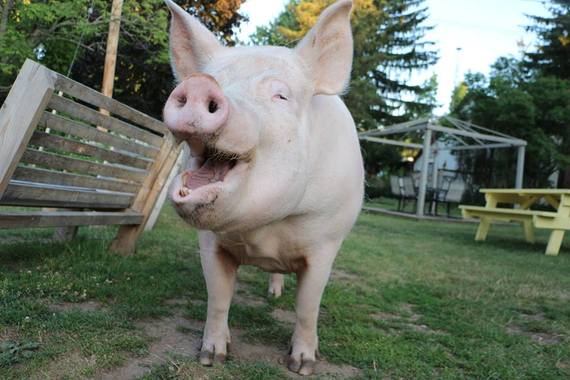 I'm not sure how far I'll go down the trail of meat avoidance. I just know I'm trying to avoid consuming a creature quite this intelligent. Meanwhile, I'll experiment with the helpful and delicious-sounding recipes in the back of the book, including some of Esther's favorites.

One of the best things about Esther's story is the impact she continues to make on the world. Living with her made Jenkins and Walter realize that they were being offered a potential mission. In saving her from a short life that would culminate in a frying pan, they relalized they could help other animals as well. Esther's followers helped raise the funds that eventually allowed her dads to purchase a farm and start the Happily Esther After Farm Sanctuary, which rescues abused, neglected and abandoned farmed animals, and educates the public about them. 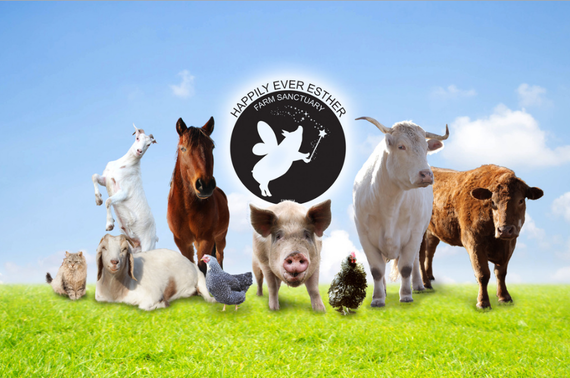 What I've learned from Esther and her dads is that one small act of kindness, like deciding to love and care for an unwanted creature, may actually transform your life and the life of others.

So don't be afraid to say yes the next time an opportunity to choose love pops up.

Say yes, and prepare to be amazed.