"... if ideals are not life, and life is not ideals, what are ideals? And what is life?"

Despite voluminous evidence to the contrary, men do not hold a monopoly on greed, aggression and stupidity.

In Iceland, the gang of thirty or so that made the decisions leading that country's steep rise and precipitous fall were, in fact, mainly male. The recent appointment of Johanna Sigurdardottir as Iceland's first female Prime Minister and the world first lesbian leader would seem to signal an end of an age of male aggression. It is easy to explain away the 2009 uprising of the Icelandic people as the end of the age of testosterone, or to say that the banking crisis would never have happened if women had been in charge, but the reality is much more subtle. 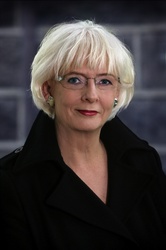 It is the culture of the elite and greed, not the gender of its leaders, that has led us into the current economic catastrophe. This is a culture that does not believe that the good of the many outweighs the good of the few. It is instead a culture that believed - and still does - that the greed of the individual market participants would form some sort of invisible hand that would magically regulate the markets better than any legislative or regulatory body could.

The investment advisers and their political allies viewed themselves as Nietzschean beings who were not subject to the rules that bound the masses but rather were obliged to form their own moral code. Obviously, these supermen were entitled to any financial rewards they could grasp and were not bound by such trivial concerns as national pride, religious dogma, or civil law. Like the Egyptian pharaohs, the only loyalties they recognized were to their immediate families and to one another.

Like the pharaohs, they built monuments to their greatness. They basked in the glow of publicity conferred upon them by the media they owned. They gave themselves extravagant parties that cost several times the average worker's annaul salary. They gambled the life savings of the ordinary people on foreign companies, so that their renown would extend to distant shores.

Now, that it has become clear that the beliefs underlying this culture are horribly wrong, it is not enough to replace its male members with female members of this same culture. Change must come from a completely different place.

Iceland was, not so long ago, a flat, homogenous society. The children of the richest people went to public schools with the children of its ordinary citizens. The largest house wasn't that much bigger than an average house. At some time in their lives, most young men went to sea on fishing boats, and most young women worked in the fish processing factories. Foreign vacations were the exception, not the rule.

The children of my generation, however, began to hold themselves apart from the rest of us. They did not work with fish. They received their educations abroad. They do not eat our traditional foods. Their high positions were given to them by right of birth, rather than by merit.

Iceland is not America. We are bound by a common history, a common ancestry, and a common language, not by the ideals of liberty and equality. When the bonds that hold us together are broken, there's nothing left. Americans can reasonably argue about different ways to best realize the dream of freedom, but you do not disagree on that dream itself. Icelanders, however, are nothing without a sense of community.

Members of the elite-greed club are not bound to the rest of us by this sense of community. They are Icelanders only by accident of birth and feel no existential obligation to our nation. They were willing to sacrifice the nation's wealth to enrich themselves, but they will not sacrifice their wealth to save their countrymen. They belong to a transnational class of plutocrats, and have forfeited their right to participate in our attempts to remedy the harms they have wrought on our society.