The search for what happened to missing child Etan Patz may have finally come to end on Thursday, when a man implicated himself in the boy's disappearance and death.

Police arrested Pedro Hernandez, 51, after he confessed to luring the boy with the promise of a soda and then strangling him. It is the first arrest in the thirty-three year old case.

Patz went missing in SoHo in May 1979. His disappearance was a national story — Patz was famously the first missing child to appear on a milk carton, and sparked a nationwide movement focused on missing children.

The newest break in the case has been receiving "full-court press" from local and national news outlets. In New York, some stations broke into regularly-scheduled programming with Mayor Bloomberg's press conference about Hernandez's confession.

City newspapers also splashed the story on Friday morning. Below, see how they covered the story. 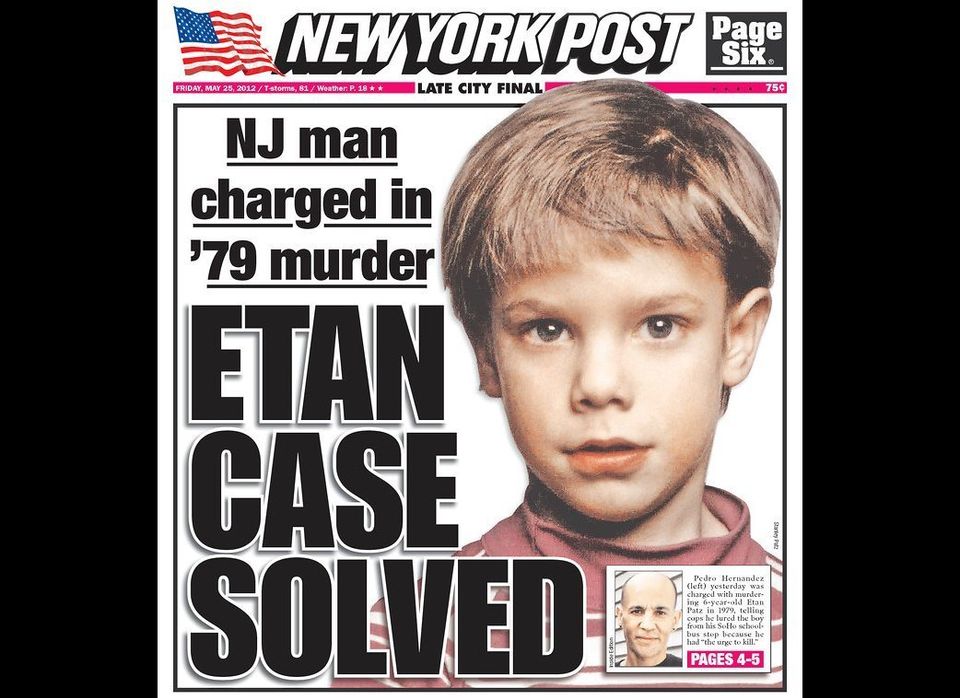