An Amber Alert was issued in California Tuesday for Ethan Anderson, 8, and sister Hannah Anderson, 16. Their suspected kidnapper, James Lee Dimaggio, is believed to be taking them to either Texas or Canada.

Police are searching for a blue Nissan Versa with California license plate number 6WCU986. Officials believe the vehicle was seen August 7 in northern California, heading north, according to the Oregon State Police. A possible second sighting occurred at around 2:00 p.m. in southern Oregon.

Dimaggio, the suspect in the kidnapping, is a 40-year-old white male with brown hair and brown eyes, 5 feet 9 inches tall, and weighing 150 pounds.

Anyone with information is asked to call the San Diego Sheriff's Department at 858-565-5200. 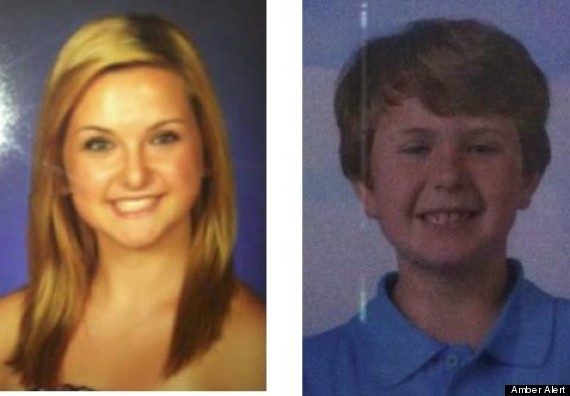 More From the Associated Press:

CAMPO, Calif. -- An Amber Alert was in effect early Tuesday for the two missing children of a woman whose body was found inside a burned rural house near the U.S.-Mexico border, and authorities said the man suspected of killing the woman may have abducted the kids.

A second body, that of a child, was found dead in the rubble of the house's detached garage, but the identity and manner of death remained undetermined. Authorities who released the news of the deaths Monday night wouldn't say whether the body may have belonged to one of Anderson's children.

A dog was also found dead inside the house.

The suspect, James Lee Dimaggio, 40, owned the home in Boulevard, some 60 miles southeast of San Diego, and lived there alone, the sheriff's statement said.

DiMaggio was in a "close platonic relationship" with Anderson, the sheriff's statement said without further explanation.

The Amber Alert said DiMaggio is believed to be driving a blue Nissan Versa with California license plates.

Ethan Anderson, Hannah Anderson Missing: San Diego Police Search For Children
Missing Children
1 / 21
RAjena Linson
RAjena Linson left her Detroit, Michigan home on the evening of Oct. 4, 2014, after getting into an argument with her mother. She has not been seen since that time.&nbsp;<br><br>Click here to submit information to the&nbsp;<a href="http://www.blackandmissinginc.com/cdad/Tip.cfm?misID=1955" target="_blank">Tip Line</a>.
http://wwwblackandmissinginccom