They call it "acid" -- but it's not what you think. And that confusion may have cost a young Missouri student his life.

Ethan Rickman, a high school freshman from Northland, Mo., died last week after taking "acid," a synthetic hallucinogenic drug made to mimic the effects of LSD.

Rickman was rushed to an area hospital Oct. 4 after Platte County sheriff's deputies received a call about an unresponsive teenager. The 14-year-old died at the hospital. Another 14-year-old, who has not been identified, was also treated for the drug.

Court documents state that the drug was "not the LSD form of acid," though Rickman thought it was.

KCTV reports that two other teens now face drug charges related to the death. According to court documents, Krista Meeks, 17, allegedly sold six hits of a "research chemical drug" known as "acid" to Rickman and the other teenager Oct. 3 in order to settle a debt with 18-year-old Jamell Montgomery.

The Kansas City Star reported that the unnamed teenager originally approached Montgomery about buying drugs, but that Montgomery then referred him to Meeks. 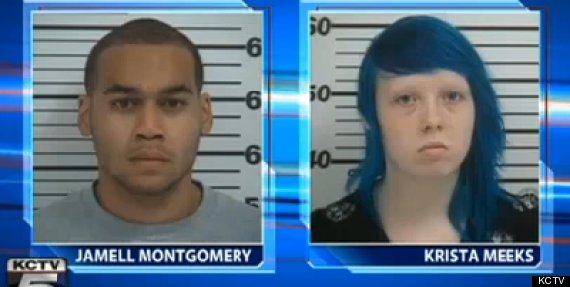 Court documents say the copycat hallucinogen has effects so "harsh and violent" that the young woman, who admitted to being a heavy drug user, said she refused to try it.

A statement released by the Park Hill School District called Rickman "a bright, talented, fun-loving young man who played in a band," and noted that "his family donated his organs, which are already saving a life."

Law enforcement told KSHB that police have seen an increase in the availability of synthetic drugs such as "acid" on the market and in schools, in part because they are cheaper than their organic counterparts. The side effects of those drugs are also far more violent and dangerous.

Earlier this month, police in northern California seized several different kinds of illegal drugs after breaking up a wild house party in which a teenager reportedly spit blood at emergency personnel and used "superhuman strength" to block responders from entering.

Last week, a Tennessee man who allegedly took synthetic drugs claimed he was "a god" and jumped from a building multiple times. Even after responders got a hold of him, officers said that the man continued trying to hurt himself, and yelled at police to kill him with a "shotgun to the face."

In September, the horrific homemade drug krokodil was reported for the first time in the U.S. with two related cases in Arizona. The "flesh-eating" drug, which in some cases reportedly causes users' flesh to rot off the bone, was also reported outside Chicago this week.