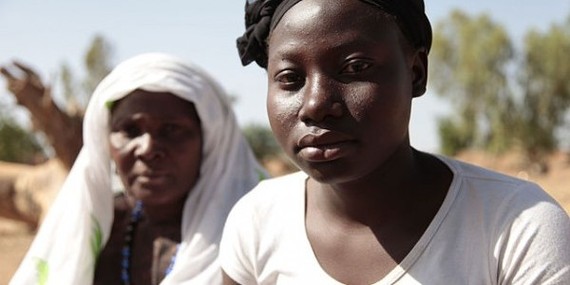 An estimated 200 million girls and women alive today have been victims of female genital mutilation (FGM) around the world. FGM is a religious and cultural practice of cutting a girl's genitals, removing the clitoris and sewing the vagina shut, leaving only a small opening for urine and menstruation. The practice is not only barbaric it can be life threatening.

Despite the known risks and zero benefits, doctors in the Journal of Medical Ethics are calling for a new procedure that will mimic FGM, altering the appearance of the genitals, without the harm. Researchers believe this new procedure would uphold the cultural and religious traditions without risking the health and well-being of the girls.

FGM has been banned in almost all industrialized nations and more than 25 African countries, where the practice is most popular. Health organizations have been campaigning for over 30 years to ban the practice worldwide and educate those that still perform the procedure, but despite their best efforts, the practice continues.

"We are not arguing that any procedure on the female genitalia is desirable," the researchers emphasized. "Rather, we only argue that certain procedures ought to be tolerated by liberal societies."

The authors of the new paper suggest five categories for ranking FGM. Category 1 being the least invasive, through Category 5 being the most extreme side of the practice. The paper argues that categories 1 and 2 are not different than male circumcision and go as far as to claim it would be "culturally insensitive and supremacist and discriminatory towards women."

They argue their procedure should not be called FGM because it is so drastically different, but still propose the cutting of the female genitals, effectively mutilating them in order to appease ancient cultural and religious traditions that have no place in a modern world.

Professor Ruth Macklin of Albert Einstein College of Medicine, New York, disagrees strongly with the paper and says there is no parity between the two procedures, and points to the issue of the practice being used only as a way to control women.

"That may be true regarding the degree of harm the procedure causes, but it is not true of the origins or the continued symbolic meaning of FGA as a necessity for being an 'acceptable woman'," she explains. "There is no doubt that in whatever form, FGA has its origin and purpose in controlling women."

She concluded by saying, "cultural change proceeds slowly. But with strong support from non-governmental organizations, especially those comprising local and regional women, a cultural tradition designed to control women--even in its least harmful form--is best abandoned."

The procedures would likely be rejected by religious and cultural groups who still practice the procedure because the proposed replacement fails to achieve the goal of the procedure which is to end a girl or women's sexual appetite.

While there is much debate over the ethics of male circumcision, one thing is certain; the practice is not about control as it is with FGM. While the authors of the paper may have had the best intentions in mind, reaching a compromise that minimizes the risk to girls and women around the world, it is worth remembering that not all issues should be compromised on. There is little doubt that FGM is one of those issues. Despite their best intentions, the journal misses the mark and finds itself advocating for the continued subjugation of women around the world.