This article was reported by the International Consortium of Investigative Journalists, a Washington DC-based global network of 185 reporters in 65 countries who collaborate on transnational investigations.

The World Bank repeatedly violated its own rules while funding a development initiative in Ethiopia that has been dogged by complaints that it sponsored forced evictions of thousands of indigenous people, according to a leaked report by a watchdog panel at the bank.

The report, which was obtained by the International Consortium of Investigative Journalists, examines a health and education initiative that was buoyed by nearly $2 billion in World Bank funding over the last decade. Members of the indigenous Anuak people in Ethiopia’s Gambella province charged that Ethiopian authorities used some of the bank’s money to support a massive forced relocation program and that soldiers beat, raped and killed Anuak who refused to abandon their homes. The bank continued funding the health and education initiative for years after the allegations emerged.

The report by the World Bank’s internal Inspection Panel found that there was an “operational link” between the World Bank-funded program and the Ethiopian government’s relocation push, which was known as “villagization.” By failing to acknowledge this link and take action to protect affected communities, the bank violated its own policies on project appraisal, risk assessment, financial analysis and protection of indigenous peoples, the panel’s report concludes.

“The bank has enabled the forcible transfer of tens of thousands of indigenous people from their ancestral lands,” said David Pred, director of Inclusive Development International, a nonprofit that filed the complaint on behalf of 26 Anuak refugees. 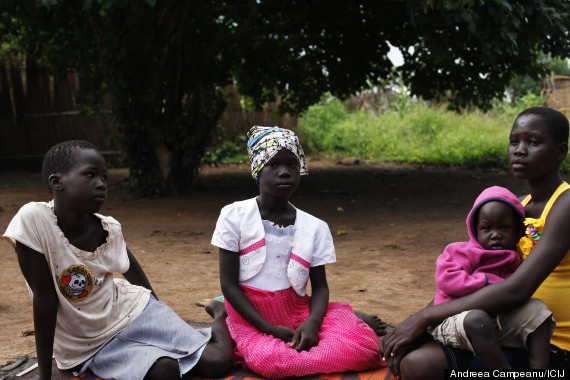 The bank declined to answer ICIJ’s questions about the report.

“As is standard procedure, World Bank staff cannot comment on the results of the Inspection Panel’s investigation until the Executive Board of the World Bank Group has had the opportunity to review the Panel’s report over the coming weeks,” Phil Hay, the bank’s spokesman for Africa, said in a written response.

In previous responses to the complaint, bank management said there was no evidence of widespread abuses or evictions and that the Anuak “have not been, nor will they be, directly and adversely affected by a failure of the Bank to implement its policies and procedures.”

Because the panel’s report has not yet been published, some of the language may be revised before a final version is released, but its basic conclusions are not expected to change.

The report stops short of finding the bank responsible for the most serious abuses. The panel did not attempt to verify the widely reported allegations of forced evictions and human rights violations, finding that the question was beyond the scope of its investigation. The bank did not violate its policy on forced resettlement, the report says, because the relocations were conducted by the Ethiopian government and were not a “necessary” part of the health and education program.

Since 2006, the World Bank and other foreign donors have bankrolled the Promoting Basic Services program, which provides grants to local and regional governments for services such as health, education and clean water. The PBS program was designed to avoid funneling aid dollars directly to Ethiopia’s federal government, which had violently cracked down on its opposition after disputed 2005 elections.

By 2010, federal and provincial authorities had embarked on an effort to relocate nearly 2 million poor people in four provinces from isolated rural homes to village sites selected by the government. In these new villages, authorities promised to provide the relocated communities with health care, education and other basic services they had lacked.

Many members of the Anuak, a mostly Christian indigenous group in Gambella, have said they didn’t want to move. Anuak and their advocates say that they were pushed off their fertile lands by soldiers and policemen, and that much of the abandoned land was then leased by the government to investors. The evictions were “accompanied by widespread human rights violations, including forced displacement, arbitrary arrest and detention, beatings, rape, and other sexual violence,” according to a 2012 report by Human Rights Watch.

The Human Rights Watch report and Anuak refugees’ complaint to the Inspection Panel contended that the bank’s money was being used by local and regional authorities to support forced relocations. For example, they say, money from the PBS initiative was used to pay the salaries of government officials who helped carry out the evictions.

The bank continued to fund the PBS program throughout the villagization campaign. The bank approved new funding for PBS in 2011 and 2012, and its support for the program continues today. Since the nationwide health and education initiative launched, Ethiopia has reported strides in reducing child mortality and increasing primary school enrollment.

The villagization campaign ended in 2013, and is believed to have resettled substantially fewer than the nearly 2 million people anticipated by the government.

The Ethiopia case is one of several recent World Bank-financed projects that have drawn fire from activist groups for allegedly funding human rights violations. These projects include a loan to a palm oil producer in Honduras whose security guards have been accused by human rights advocates of killing dozens of peasants involved in a land rights dispute with the company, and a conservation program by the Kenyan government that members of the Sengwer people say was used as tool for pushing them out of their ancestral forests.

In the Ethiopia case, the Inspection Panel decided that the most severe allegations of forced evictions and violence were beyond its mandate, in part because bank rules limited its investigation to only the most recent funding installment of the PBS program.

During its investigation, the Inspection Panel asked Eisei Kurimoto, a professor at Osaka University in Japan and an expert on the Anuak people, to travel to Gambella and help review the Anuak’s complaint.

Kurimoto told ICIJ that Anuak he spoke with told him Ethiopian authorities used the threat of violence to force them to move.

Ethiopian officials who carried out the villagization program “always went with armed policemen and soldiers,” Kurimoto said. “It is very clear that the regional government thought that people would not move happily or willingly. So they had to show their power and the possibility of using force.”

Inclusive Development International’s Pred said it is now up to World Bank president Jim Yong Kim to decide whether “justice will be served” for the Anuak. “Justice starts with the acceptance of responsibility for one’s faults – which the Inspection Panel found in abundance – and ends with the provision of meaningful redress,” he said.