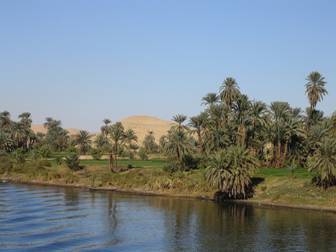 The Nile River between Luxor and Aswan, Egypt.

A scorpion once tried to cross the river Nile. He approached several animals, asking if he could ride on their backs. None of them dared trust him, and they all refused.

Finally, an old sheep agreed because the scorpion said that if he strung the sheep during the crossing, they would both die.

In the middle of the river, the scorpion struck, and as they both sank beneath the waves, the sheep cried, "Why?!"

The scorpion said, "I could not do anything else. I am a scorpion!"

Fasil Amdetsion is an attorney from Ethiopia who speaks in riddles. With an undergraduate degree from Yale in both history and international studies, and a law degree from Harvard, he is a thinker.

One of the things Fasil has done recently is analyzed the legal, geopolitical, and historical dimensions of the longstanding dispute over the Nile. He has followed the course of this river from an early age, growing up in the Nile River basin. 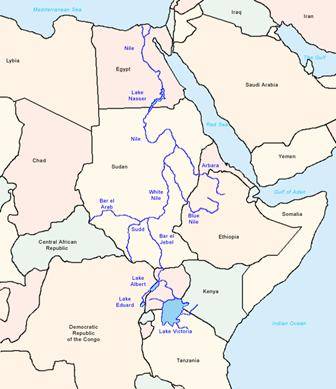 Fasil's task is to get people outside the region to see trouble on the horizon. He believes there is significant chance of a "water war" along the Nile basin. The largest question is how volatile it will be -- and whether it is preventable.

Both necessary and finite, water plays a vital role in food and energy production, modern transportation, waste disposal, industrial development, and of course health. Water gave rise to civilization 7,000 years ago -- and sustains it still. 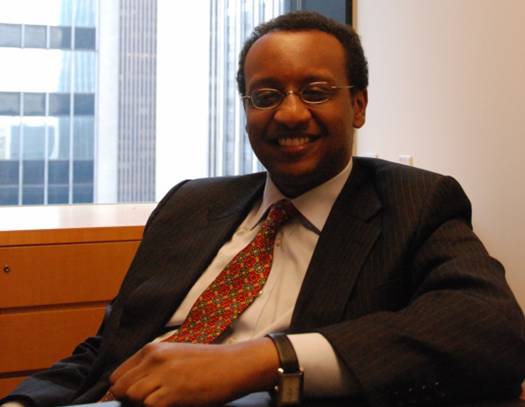 Because of its limited supply, Fasil understands water's crucial importance to governments and their people. When water is unevenly distributed, or when it is in needed more than ever as nations develop, conflicts are sure to arise.

With water's myriad uses and limited nature, coupled with the fact that it is the quintessential "trans-boundary" resource, it is difficult for nations to agree upon its distribution and use.

It is unsurprising, Fasil notes, that the English word "rival" is derived from the Latin word rivalis, a term denoting persons who live on opposite banks of a river used for irrigation. 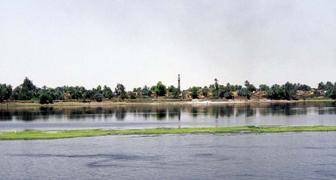 Fasil thinks the Nile basin will be the most likely site of a future "water war" because the Nile embodies "all the challenges that transnational management of fresh water could possibly present." The Nile would seem to be a water war waiting to happen.

The Nile is long -- over 4,000 miles long. Two countries sharing anything often equates war. The Nile is shared by ten countries, and flows through some of the most water-deprived parts of the world. 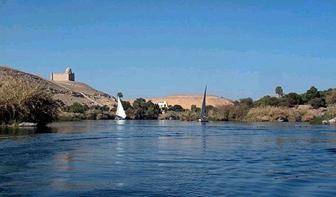 The region's population is growing at 3% a year and is projected to reach 859 million in 2025 (up from 245 million in 1990) is likely to make water even more scarce along the river basin.

One problem is that Sudan and Egypt -- two comparatively non-contributories -- monopolize the use of the Nile. They claim it all -- and rely on colonial-era treaties to do so.

In recent years, nations up-river have become more assertive of their rights. Tanzania, Uganda, and Ethiopia are among the countries that have begun to construct projects on the Nile.

Despite the occasional conciliatory gesture, however, relations between the Nile's upriver nations have been dominated by suspicion and, at times, raw belligerence.

In a sense, Fasil argues, Nile riparian states are behaving like the proverbial scorpion.

Although these countries have much to gain from cooperation, they have rigidly pursued divergent paths in a manner that may ultimately be self-destructive if environmental and population pressures continue to mount -- which they will.

Fasil criticizes current legal frameworks and political arrangements governing the Nile's use. He is also critical of a status quo which does not allow several countries to make use of the Nile for their own development.

Because of the enormity of interests these two states have at stake, they have been most vocal in asserting claims and counterclaims that represent competing upper and lower riparian visions for the Nile's future utilization

Specifically, Fasil attempts to overcome the quandary the up-river states find themselves in. He hopes to influence a more comprehensive approach by grappling with environmental challenges, economic issues, populist and nationalist imaginations that influence politics, security interests, and legal arguments.

Fasil's thoughts on this subject are available in a law journal article published by the University of Texas School of Law, Texas International Law Journal, Fall 2009, "Scrutinizing the Scorpion Problematique: Arguments in Favor of the Continued Relevance of International Law and a Multidisciplinary Approach to Resolving the Nile Dispute."