HONG KONG -- As Nobel Prize-winning economist Paul Krugman famously wrote, "Depression, runaway inflation, or civil war can make a country poor, but only productivity growth can make it rich." Those advocating for an exit from the European Union want to test whether leaving "the world's largest single market" can be added to the list of items that impoverish a country. We know productivity is the principal determinant over the medium term of greater prosperity, so an economic question at the heart of the debate over the U.K.'s future in Europe is whether walking away will improve productivity or worsen it.

There's no doubt that poor productivity is a serious concern. Britain has failed to increase productivity since the onset of the financial crisis, according to OECD data. Our liberal employment regulations may have delivered a high rate of new job creation, but these jobs are too often in low value-added sectors of the economy with low productivity and low wages. Britain is creating too few new high value-added jobs in high-tech and knowledge-intensive industries.

Contrast Britain with California, one of the most successful regions in the world over the past two decades. California-based technology companies earned nearly $700 billion in sales in 2014, around half of all high-tech revenue in the United States. California's GDP per capita is almost 30 percent higher than the U.K.'s. Studies show its high-tech jobs have been more resilient to economic downturns, pay more, create far more indirect jobs and hold more promise for continued growth.

So why has Britain been relatively unsuccessful in cultivating technology and other knowledge-intensive businesses which achieve global scale and provide large numbers of jobs? Let's put the financial services industry aside as we now realize its growth was in large part predicated on lax regulation and implicit taxpayer guarantees of the banks.

An economic question at the heart of the debate over the U.K.'s future in Europe is whether walking away will improve productivity or worsen it.

Britain, after all, has considerable strengths. We are home to four of the top 10 globally ranked universities with some of the world's best scientific and engineering knowledge. We have a business environment that keeps start-up costs low. And we have an immigration system that allows companies to search global talent pools to meet specialist high-skilled needs.

But Britain's Achilles' heel is its small size. We don't have the large domestic market that technology companies need to support investments in R&D and capture the scale benefits of networks. It is why too many British-founded technology companies sell out early to U.S. companies or are re-domiciled to Boston or Palo Alto by U.S. venture capitalists.

So while we should celebrate the myriad of start-ups around London's Silicon Roundabout and Cambridge's Silicon Fen, the concern is the tiny number of globally significant British technology companies. None come close to rivaling the U.S. and Chinese giants such as Apple, Google, Amazon, Facebook, Alibaba, Baidu, Netflix, Microsoft, Intel and Xiaomi.

The challenge is not unique to Britain. All developed countries too large to specialize in a single sector -- but too small to compete broadly from their domestic market -- risk falling further behind the U.S. and being overtaken by China. It is a concern for each and every one of our European neighbors. But it is also why Europe, if we make the right decisions, can be an answer to our productivity problem.

The challenge is not unique to Britain. All developed countries too large to specialize in a single sector -- but too small to compete broadly from their domestic market -- risk falling further behind the U.S. and being overtaken by China.

By putting our efforts with our European partners into completing the single market, it would establish for U.K. technology and tradable services businesses a domestic EU market of over 500 million people, more than 50 percent larger than the United States. We need to make progress in two key areas.

First, we must remove legal, copyright, logistical and other barriers to a unified digital market so intra-European cross-border trade of online goods and services expands massively. At the moment, Europeans mostly buy online either from businesses in their own country or from the United States. Only 15 percent of European consumers order goods or services online from other EU countries. "Geo-blocking" is a frequent problem. According to the EU, 52 percent of attempts by Europeans to order across European borders are refused because the vendor does not serve the country of the purchaser.

Second, we need the removal of restrictions to British businesses freely offering services across Europe. Legal barriers to cross-border provision of services are still numerous, administrative burdens abound such as requirements to have business establishment in the country the service is being provided. There are an estimated 800 regulated professions in the EU, over 25 percent of which are only regulated in one country. Contract rules, professional qualifications, insurance schemes, payment and tax rules are often designed to protect the vested interests of locals at the expense of other Europeans.

Only by working together with other European countries to build unified open markets for technology and services rivaling the scale of the U.S.' and China's can we hope to foster large, high value-added new companies that will create well-paying jobs in Britain. Conversely, withdrawing from the European Union and the world's largest single market is an irreversible experiment highly likely to make us poorer.

Why Leaving the EU Will Likely Make Britain Poorer
Brexiters 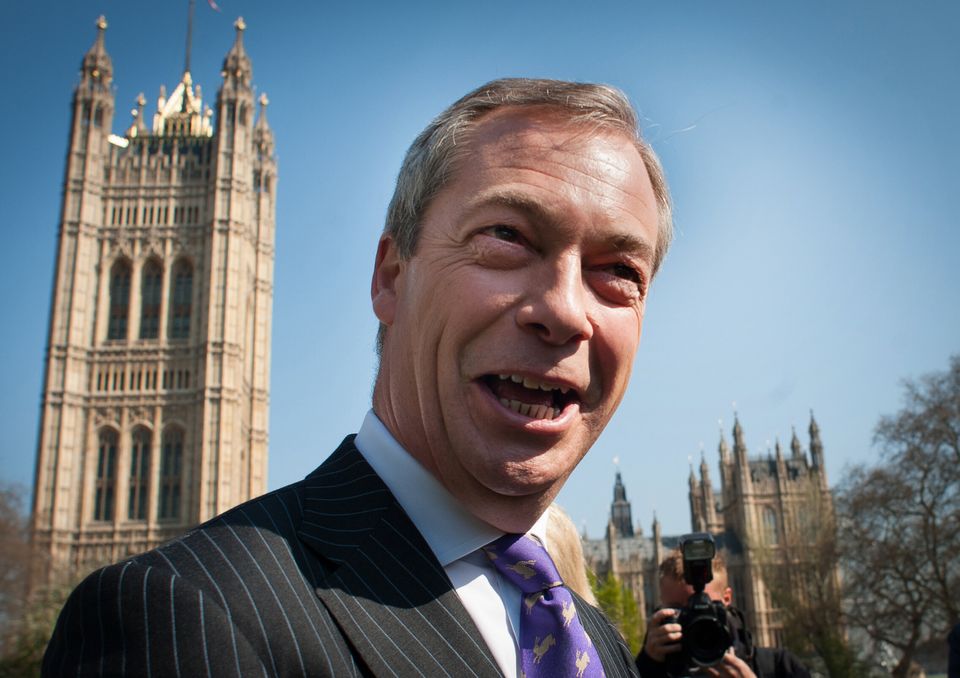 1 / 9
Nigel Farage
The Ukip leader and MEP is the most famous 'outer'. After his party took over a 100 council seats in May's local election's Nigel Farage is hoping to win the 2014 European elections and then gain MPs in Westminster in 2015. He has confirmed he will seek a parliamentary seat himself.
PA