BEIJING ― The European Commission’s recent white paper on the future of Europe finally acknowledged the need for an open debate on European Union reform. The document is right to state that “too often, the discussion on Europe’s future had been boiled down to a binary choice between more or less Europe.” What we need is a new paradigm of debate, one in which the alternative model of political meritocracy is considered together with the standard of democracy.

Ever since the Treaty of Paris in 1951, European institutions have become more and more democratic. Based on the assumption that the more democratic the better, the EU should now be thriving. Instead, the EU is in crisis at almost every level. As always, the deeper the crisis of the EU, the louder the voices that ask for an ever more democratic union.

In Western societies, the standard by which we judge progress is the degree of democracy under the form of one-person-one-vote. The institutional history of European integration is one where the one-person-one-vote mechanism gained more and more recognition, and the institutions thus regarded more legitimate (the European Parliament and Council of Ministers) increased their power at the expense of the “illegitimate” but highly competent European Commission (whose members are appointed, not elected).

This is precisely what went wrong with the European construction. Democracy in the form of one-person-one-vote is a good thing. However, for the EU, democracy was implemented at the expense of competence. Everyone wanted to make the union more democratic, but no one was interested in making it more competent.

Initially, Jean Monnet, one of the founders of the EU, designed a High Authority, a meritocratic engine of Europe ― not the bureaucratic institution it became. Highly competent, the members of the High Authority (which later merged into the European Commission) were supposed to make decisions to transcend national interest, whether the national electorates understood them or not. But since then, more democratic institutions curtailed the commission’s powers.

Democracy works better in smaller communities, at the local level, where people have better knowledge of potential leaders and local problems.

However, do we really have to choose between democracy and meritocracy? Actually, we can have both, and advice on how to do it comes from a Canadian political theorist living in China named Daniel Bell. China, he argues in a 2016 book called The China Model, is an imperfect political meritocracy, where leaders are selected based on merit and virtue rather than on the basis of one-person-one-vote. This framework, a political meritocracy, would enrich the debate on the future of the EU.

Far from rejecting democracy, Bell suggests that the ideal political system is a combination of democracy and meritocracy called a “vertical democratic meritocracy.” Democracy works better in smaller communities, at the local level, where people have better knowledge of potential leaders and local problems. Mistakes at this level are not the end of the world. At the top, major political issues are harder to understand for the general public, and errors could have catastrophic ramifications. Therefore, Bell writes, we need a system where there is “democracy at lower levels of government, with the political system becoming progressively more meritocratic at higher levels of government.” In between the two levels, there should be room for experimentation.

In theory, such a model of vertical democratic meritocracy would combine the best of both worlds for the EU. On the one hand, at its lower levels, the union would become more democratic and more accountable to its citizens, making Euroscepticism and scapegoating Brussels harder. At top levels, the union would be more efficient, united and even capable of making long-term decisions on climate change or the welfare of the future generations. In practice, that would involve a clear separation of the two levels. At the top, a more meritocratic union and at the regional level, a more democratic one.

At the top, major political issues are harder to understand for the general public, and errors could have catastrophic ramifications.

At the top, the commission has to become the meritocratic engine of Europe it was initially meant to be. Its powers need to be greatly increased in selected areas of crucial importance for the union as a whole, where member countries’ national authorities are not powerful enough to take the lead or too divided to accomplish anything. I would count here the management of EU’s external borders, counterterrorism, security, trade and foreign affairs (the union should speak with one voice), but the list could continue and is open to debate. In these matters, the commissions’ powers shouldn’t be checked by other, one-person-one-vote elected institutions.

At the regional level, the governing bodies should remain the highly democratic European Parliament and Council of Ministers. However, their main working format could be local (5-6 countries) meetings, more often than plenary sessions. They could even meet in places closer to their citizens rather than in Brussels. Under this framework, their powers would greatly increase to decide on issues of immediate interest to their citizens, each state would have more power and the overall efficiency would increase. Closer cooperation with the Committee of the Regions and better implementation of subsidiarity, proximity and partnership is another advantage of this approach.

In between the top, meritocratic level, and this regional, democratic level, there is room for experimentation. Perhaps the European Council could mediate between the two. Wherever the union wants to go in the future and regardless of the details of reform, this is a paradigm that can no longer be ignored ― more meritocracy at the top and more democracy at a regional level. 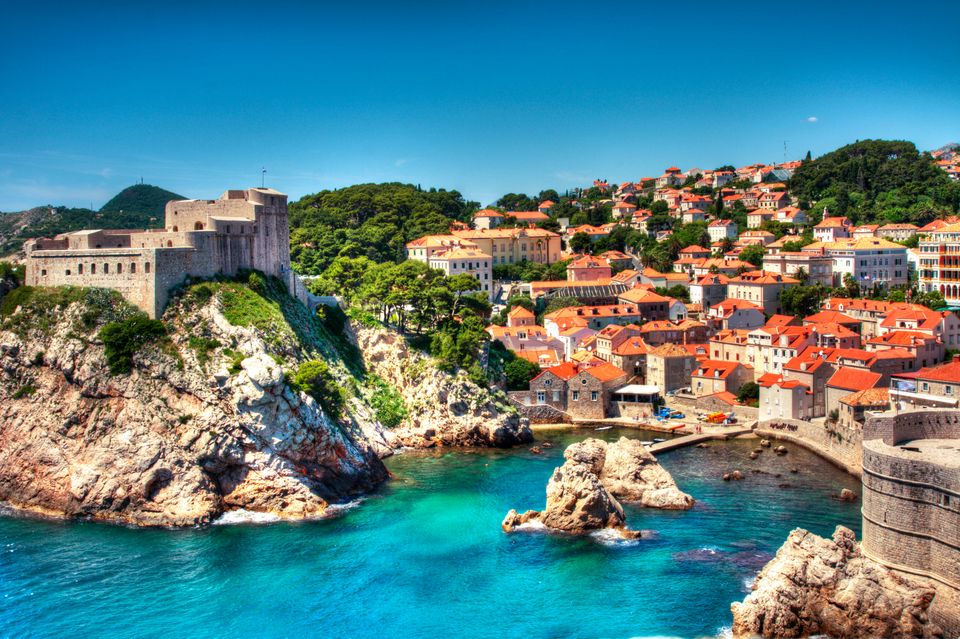