ATHENS, Greece -- Greece's controversial finance minister Yanis Varoufakis stepped down in a surprise move on Monday, one day after Greeks rejected a European bailout proposal in a national referendum. Varoufakis handed in his resignation to help negotiations and facilitate Prime Minister Alexis Tsipras' efforts to reach an agreement with Greece's lenders during crucial talks with the Eurogroup this week.

But who will be fit to fill Varoufakis' shoes? After all, even though he might have been a serious contestant for “most hated man among European officials”, the flamboyant minister was very popular at home, and many Greeks greeted his intransigence in negotiations with pride.

Enter Euclid Tsakalotos, who until Monday was in charge of international economic relations as the Deputy Minister of Foreign Affairs. By all accounts, Tsakolotos is very different from his predecessor: While Varoufakis is essentially a Keynesian economist, whose views are generally in line with socialist ideals, Tsakalotos has been more radical in his views -- at least in terms of economic theory. But on a personal level, he's also more reserved and contained than Varoufakis, which may make it more difficult for him to connect with a Greek audience.

Tsakalotos is by no means new to either economics or politics. The new finance minister is an accomplished economist with a remarkable resume and has been a member of Syriza for at least a decade. Since 2012, he has served as a member of parliament for his party, and became deputy minister of foreign affairs after Syriza's election victory in January 2015.

Born in 1960 in Rotterdam, the Netherlands, Tsakalotos comes from a family that included a Greek general who held a prominent position during World War II and Greece's civil war. In his early years, Tsakalotos' family moved to England, where he attended the prestigious St. Paul's school. He went on to read Politics, Philosophy and Economics at Oxford, where he also completed his PhD in economics in 1989, and later taught at the University of Kent. 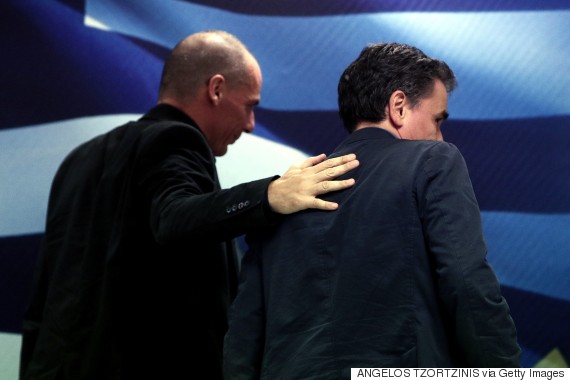 When Tsakalotos came back to Greece in the early 1990s, along with his wife, the Scottish economist Heather Denise Gibson, he taught at the Athens Economic University. He has published several books and articles on the subject of the Greek crisis and why it happened. His writing has followed communist and liberal traditions, promoting the idea of contemporary societies' liberation in the latest crisis of capitalism.

Tsakalotos' interests as an economist lie within the post-Marxist tradition. This brand of Marxism, also generally known as the New Left, is a popular current of thought that tries to reconcile basic social needs with the contemporary realities of capitalism, all while keeping a focus on social justice. Post-Marxism is represented by important theorists such as David Harvey and John Holloway, both of whom have been very popular in radical academic circles since the 1970s.

It remains to be seen whether Europeans will be able to digest even this level of Marxism, or whether Tsakalotos will have to make bitter concessions against his fundamental beliefs. Most Greeks would like to believe that he will stick to his previous calls for an end to austerity.

One young member of Syriza told The Huffington Post that Tsakalotos has been a “beacon and inspiration” for the party's youth when it comes to economic thought. He's known for entertaining the idea of an “alternative economy,” which envisions an alternative to capitalism that includes structures promoting social justice and wealth redistribution. The concept seems to be very appealing to many Greeks on the left, especially young people, in light of the country's recent economic and social crash. 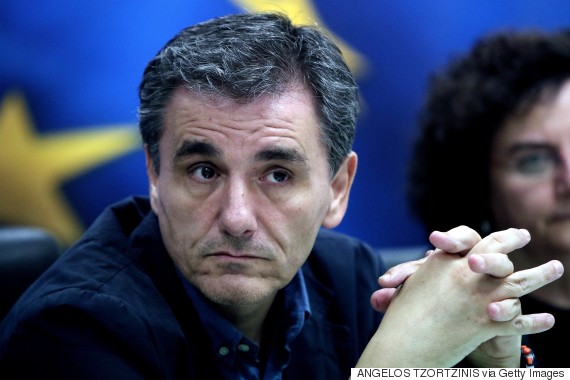 Tsakalotos recently argued that the current Greek crisis not only bears the characteristics of an awful economic collapse, but also constitutes “a crisis of democracy” in Europe. At the same time, though, he has stood by Greece's Eurozone membership, choosing the “international road” against the failed idea of a “national strategy,” as he puts it.

But can he hold his ground faced with the harsh realities of European economic policies? Wasn't he, in fact, chosen to deliver what Varoufakis couldn't?

It's quite likely that Tsakalotos will have to make adjustments to his radical ideas, as they are bound to be received poorly by his European counterparts. And it may also be that, despite the change of guard, it is ultimately not the messenger who will matter, but rather, the content of the message itself. Greece has to make sure its message is one that's taken well by its lenders, or risk facing the outcome feared by many -- a "Grexit."