Ever been stood up by a service person after patiently sitting at home for the entire two-hour appointment time window? Comedian Eugene Mirman recently was. By his cable company. Twice. And, needless to say, he is not a satisfied customer.

Instead of just channeling his frustration into his stand-up routine, Mirman's taken the LOLs a step further by publicly throwing down the gauntlet with Time Warner Cable. He took out full-page ads in the New York Press and the Greenpoint Gazette to publish his letter of complaint, and then did an awesome reading of the letter on his recent appearance on Studio 360.

It's a gratifying moment for anyone who's been jerked around by their cable company, and more importantly, it's super funny. He starts giving background on the situation at the 3:10 mark, and starts his dramatic reading of the letter at 4:30. Also, see a picture of the printed letter below. 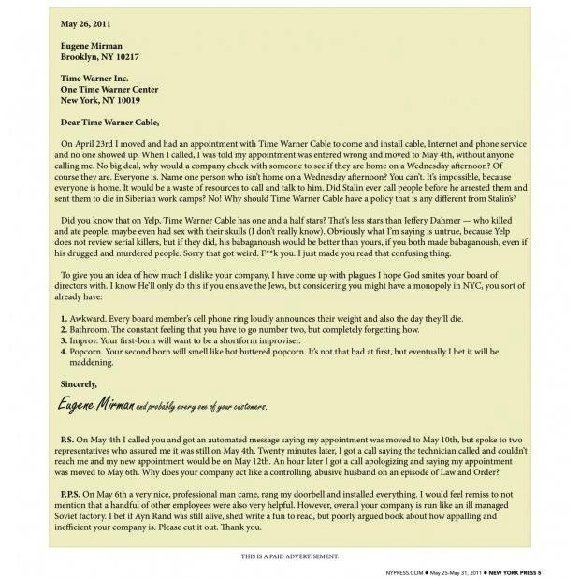