The use of civil drones, whether for commercial purposes such as crop surveillance, monitoring of natural disasters, photography or just as a fun leisure activity, is rising.

That popularity has led to increasing reports of near-misses with commercial aircraft, such as when a Lufthansa plane was approaching Warsaw airport last month. The UK's CAA issued a warning last month after seven incidents where drones had flown near planes at different British airports in less than a year.

Recognizing the threat, the European Commission conceded this year that "drone accidents will happen" and has charged its aviation safety agency arm with developing common rules for operating drones in Europe.

Aviation concerns focus on smaller drones, operated like model planes and flown for recreation, because their users are often not familiar with the rules of the air.

"The problem is that encounters with drones usually take place during the most critical phases of a flight, such as during take-off or landing when a drone strike could have potentially devastating consequences," Philip von Schoeppenthau, Secretary General of the European Cockpit Association, said.

Schoeppenthau told Reuters drones had the potential to be more dangerous to an aircraft than a bird strike.

"While aircraft engines have been tested against bird strikes, there is no data yet on engine resistance, for example, against a 4 or 5 kilo drone being sucked into an engine," Schoeppenthau said.

Recreational drones, relatively easy to fly thanks to their four rotors, cost as little as $25 for micro-versions and up to thousands of dollars for more advanced versions fitted with HD video cameras.

Pilots' associations and others have called for drones to be fitted with geo-fencing technology, which uses GPS software to stop them straying into certain areas, along with height and distance limits. They also call for registration of drones.

"We need a requirement for registration. That would allow us to identify those abusing the rules and stop them from flying," Klaus-Dieter Scheurle, head of the DFS German air traffic authority, told Reuters in an interview.

Many cities have no-fly areas for drones already, but that has not stopped people from sending them up. Just this year, police have investigated drones over restricted areas in France, and, across the Atlantic, over the White House.

In much of Berlin, for example, operators need a license to fly higher than 30 meters. Scheurle said the DFS awarded 125 permits for people seeking to fly drones on the city's disused Tempelhof airfield on one sunny day, but estimates around eight times as many were actually flying.

The problem is not going to go away. Scheurle expects drones will proliferate as the technology gets cheaper. 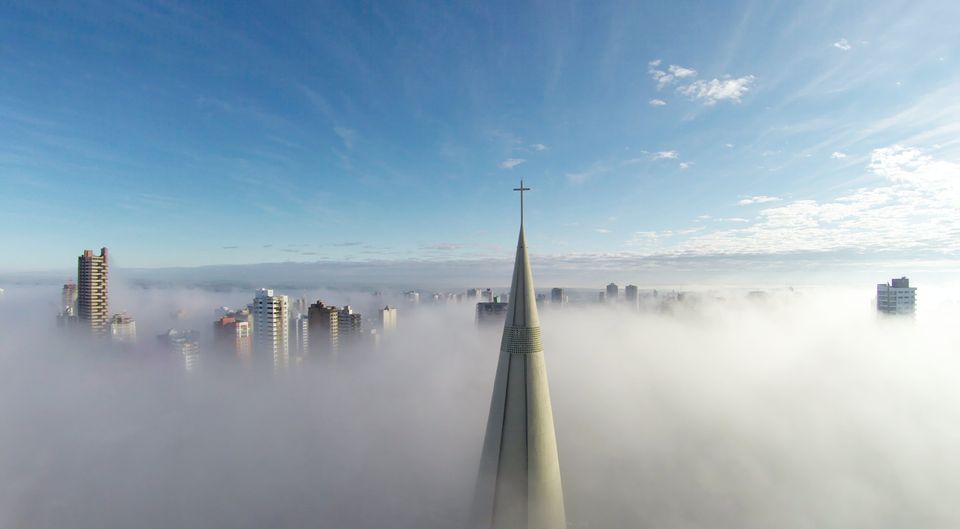 1 / 8
First prize in "places": "Above the mist," taken in Maringá, Paraná, Brazil
Ricardo-Matiello