Tomorrow, the European Parliament will vote on a proposal that will decide the future of the open Internet in Europe. The proposal is supposed to protect net neutrality, the principle that keeps the Internet an open and free platform, but it contains dangerous loopholes that threaten the future of free speech, innovation and democracy in Europe.

While the U.S. did pass robust network neutrality rules this year, the Internet as we know and love it is a global network without traditional borders. So it matters what policies countries beyond our borders adopt because restricting the Internet's openness in one place ultimately will stifle Internet freedom for us as well.

Europe is poised to pass a bad net neutrality policy.

The proposal allows European Internet service providers (ISPs) to speed up or slow down sites in various ways. Thus, ISPs can still pick winners and losers online  --  which will affect us whenever we try to reach or interact with people in Europe, notwithstanding our victory with the FCC. What's more, the proposal permits the infamous fast lanes that we fought hard to get rid of in the U.S. This will make it more expensive for start-ups and small businesses everywhere to reach people in Europe, and will make it harder for those without money  --  nonprofits, educators, artists, activists and faith groups --  to be heard by Europeans. Ultimately, it will become more difficult for Europeans and anybody who wants to interact with them to speak, organize and connect online.

Almost overnight, tech industry leaders, start-ups, high-profile investors, non-profits and thought leaders organized a powerful movement to save the open Internet in Europe. In an open letter, more than thirty leading start-ups and investors from Europe and the U.S. are demanding that members of Parliament change course and adopt key amendments that would close the loopholes. If passed, the amendments would make the proposal as strong as net neutrality protections adopted in the U.S.

The movement is impressive. It includes:

But they need our help.

As we write this, members of the European Parliament are meeting in backrooms to decide how they will vote tomorrow. The press isn't reporting on the issue in Europe. Just as in the American experience in winning a net neutrality victory, only a public outcry will make the government change course. If the Parliament hears from us today, we can persuade them to adopt key amendments in the vote on Tuesday.

Here's what you can do:

Spread the word: Talk with your friends, share this call through social media and if you're a journalist, cover the story.

Here's what's wrong with the proposal and how amendments would fix it:

Taken together, these loopholes threaten the open Internet as we know it in Europe and ultimately, the open Internet for everyone. Europeans deserve the same protections we secured in the U.S. If we win net neutrality in Europe, we will have made a bold step to protect the future of Internet freedom in the world.

Republic, Lost: How Money Corrupts Congress--and a Plan to Stop It
by Lawrence Lessig 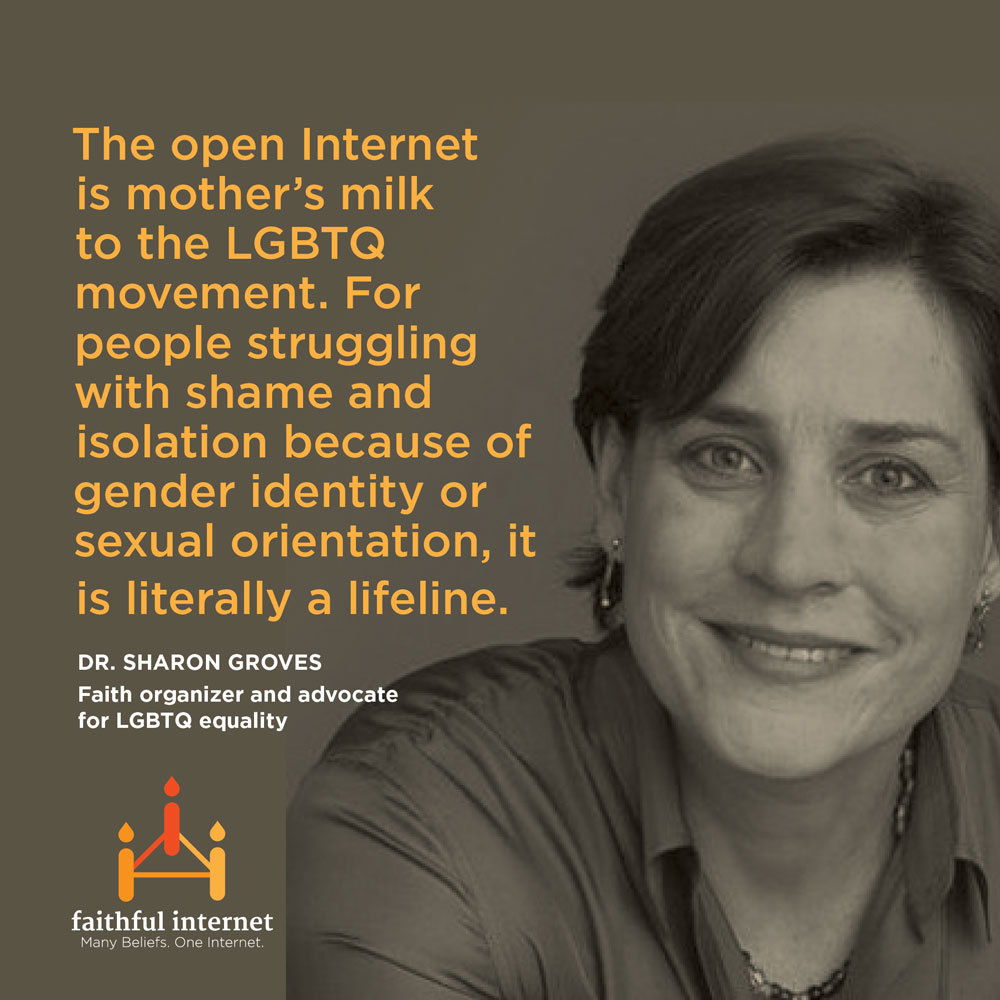 1 / 13
Dr. Sharon Groves
Dr. Sharon Groves is a faith organizer and strategist working at the intersection of faith, LGBTQ equality and social justice. She is the former <a href="http://www.hrc.org/topics/religion-faith" target="_hplink">Human Rights Campaign Religion and Faith Program Director.</a>
Courtesy of Faithful Internet