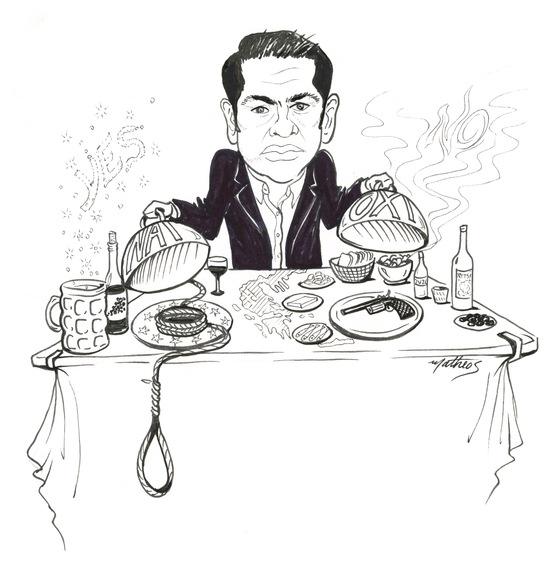 I've publicly supported Greek Prime Minister Alexis Tsipras's decision to go hold a referendum on the terms of an agreement proposed by Greece's creditors, mainly the IMF, in exchange for additional financing for the country.

Here are some examples of what the creditors are asking Greece to do: • Raise taxes on business and freelance professionals from 26% to 28% starting with the first euro in profits.

As far as defense spending is concerned, the Greek army is the main force responsible for controlling illegal immigration from the Arab countries towards Europe, an influx that has increased considerably in recent months as a result of events there.

These are some demands which the Greek people are being called on to vote YES or NO. The Greek referendum differs in many ways from referenda held by Ireland and Iceland in recent years. Briefly, these include, timing, geostrategic location, the admission by senior officials of international organizations that the policies implemented for years have been wrong, a spike in alarming social phenomena such as poverty and support for the neo-fascist party.

The truth is that while the Greek government has positioned itself clearly behind 'No', it hasn't offered a clear plan of what to expect from either outcome.

If the referendum result is YES, the government has said it will respect the Greek people's verdict, but would it then be ethical for it remain in power?

If the referendum result is 'No', what is its plan to bolster against the worst-case scenario of its creditors' reaction?

On the contrary of a number of recognized personas of the global economic world like Joseph Stiglitz and Paul Krugman, most European leaders' reaction to the referendum has been negative.

German Chancellor Angela Merkel's statement that a NO vote would be tantamount to a NO to the euro, was arbitrary as the European Constitution does not provide for any such thing. Yet, the Greek prime minister's decision may have marked the start of a new era. An era of more direct democracy, an era that will bring the people back to the fore who will be called upon with similar actions in the future to express their views on vital issues, not only moral ones.

At the start of what could be this new era, it's very interesting to watch the European leaders' reaction to - dare I predict?- a victory for NO. Their reaction will be the first indication of whether Europe should be called the Europe of the People or the Europe of the Numbers.