By Paul Taylor and Andreas Rinke

Merkel and French President Francois Hollande conferred by telephone and will meet in Paris on Monday afternoon to seek a joint response. Responding to their call, European Council President Donald Tusk announced that euro zone leaders would meet in Brussels on Tuesday evening (1600 GMT).

Leftist Prime Minister Alexis Tsipras had "torn down the last bridges on which Greece and Europe could have moved towards a compromise," Gabriel told the Tagesspiegel daily.

His comments reflected a mounting public demand in the most powerful EU country, which is also Greece's biggest creditor, to eject Athens from the 19-nation currency area, of which membership was intended to be irreversible.

It was not clear whether Merkel, who has repeatedly said she wants to keep Greece in the euro zone, would shift to a similarly hard line.

But senior lawmakers in her conservative bloc also spoke firmly: "Now one has to ask the question whether Greece would not be better off outside the euro zone," Hans Michelbach, a member of the Bavarian Christian Social Union, told Reuters. "Unfortunately, Greece has chosen a path of isolation." 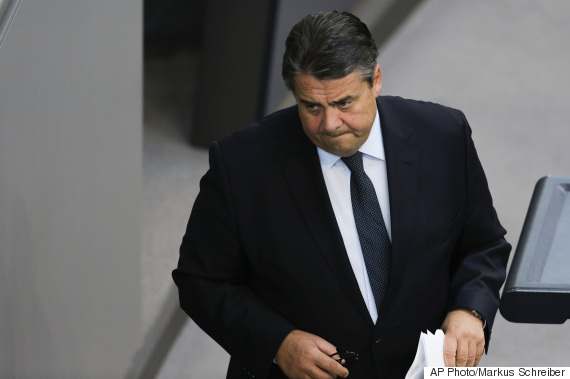 Sigmar Gabriel in Berlin on Wednesday, July 1, 2015. Gabriel said that Greek Prime Minister Alexis Tsipras had "torn down the last bridges on which Greece and Europe could have moved towards a compromise.” (AP Photo/Markus Schreiber)

The vote sharpened differences between Greece's few remaining sympathizers in the euro zone - mostly in Italy and France - and hardline countries led by Germany that are fed up with pouring loans into Greece.

"Now it is right to start trying for an agreement again," he tweeted. "But there is no escape from the Greek labyrinth with a weak Europe that isn't growing." 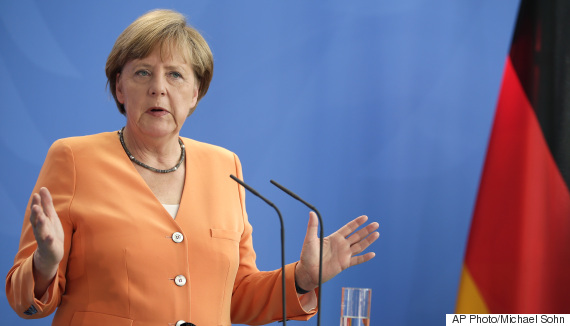 German Chancellor Angela Merkel in Berlin, Germany on Wednesday, July 1, 2015. It is unclear if Merkel will take as hard a line on Greece as Vice-Chancellor Gabriel did in his comments. (AP Photo/Michael Sohn)

The euro fell sharply in early Asia-Pacific trading on Monday, losing about 1.4 percent against the U.S. dollar, as analysts for Citi, Barclays and other banks said a Greek exit was now their "base case" or most likely outcome.

There was a thunderous silence from top EU policymakers in Brussels and Frankfurt who conferred by telephone but avoided public appearances to comment on an outcome that was a stunning setback for EU governments but delighted Eurosceptic populists.

The European Commission said in a brief statement that it "takes note of and respects" the referendum result. 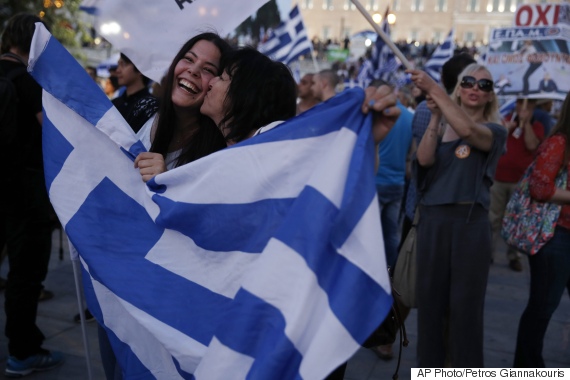 Supporters of the No vote react after the first results of the referendum at Syntagma square in Athens, Sunday, July 5, 2015. (AP Photo/Petros Giannakouris)

Jeroen Dijsselbloem, chairman of the Eurogroup of finance ministers of the currency bloc, said in a letter to his Dutch Labor Party members before the vote: "Although the government in Athens would like people to think otherwise, it is about the question of whether Greece stays in the euro zone or not."

The 60-40 margin of defeat for the terms of a cash-for-reform deal, which the leftist Greek government rejected a week ago, shocked EU officials who had been heartened by opinion polls showing the 'Yes' camp gaining ground as bank closures and the rationing of cash withdrawals began to bite.

It was a personal blow for European Commission President Jean-Claude Juncker, one of the architects of the euro, who worked for months to try to broker a debt deal with Tsipras despite misgivings in Berlin. 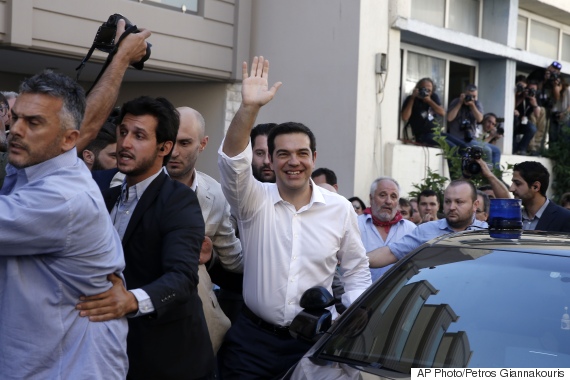 Deputy finance ministers and senior officials of the Eurogroup Working Group will hold a conference call on Monday to take stock of the situation, another euro zone official said.

Any future negotiation would run up against the hardening of opinion in Germany.

The head of Germany's savings bank association said Greece had broken with the rules of the euro zone and should leave the currency bloc. The head of the German exporters' body said he could not see how Greece could stay in the euro zone now.

Hardline German Finance Minister Wolfgang Schaeuble, denounced in 'No' campaign posters as a blood-sucker, has leaned towards making an example of Greece and pushing it towards the exit, sources familiar with his thinking say.

Eurosceptics around the EU were jubilant at the rejection of what French far right National Front leader Marine Le Pen called "the European Union oligarchy."

"It is 'No' vote of freedom, of rebellion against European 'diktats' of those who want to impose the single currency at any price, through the most inhuman and counter-productive austerity," she said in a statement.

"EU project is now dying. It's fantastic to see the courage of the Greek people in the face of political and economic bullying from Brussels," he said.

Eurosceptics in the Netherlands and Italy joined the chorus of glee at the EU's discomfiture. In Spain, leader of the new far-left Podemos party, Pablo Iglesias, who is close to Tsipras, tweeted: "Today in Greece, democracy has won." (Additional reporting by John O'Donnell in Frankfurt, Madeline Chambers and Gernot Heller in Berlin, Leila Abboud in Paris, Isla Binnie in Rome, Toby Sterling in Amsterdam; Writing by Paul Taylor; Editing by Peter Graff and Ken Wills)