Add Europe's first-ever rabbit-hopping championships to the list of things you need to see to believe.

Competitive rabbit hopping, or Kaninhop, is a competition that consists of bunnies running and jumping over barriers of various height. The sport originated in Sweden in the 1970s, National Geographic reports.

According to a Google translation of Kaninhoppning.se, a rabbit hopping information site, the goal of Kaninhop is to get the rabbit around the track as fast as possible without hitting the barriers. The rabbits wear harnesses meant for cats and are led around the course by a leash.

Rabbit hopping clubs can be found in the U.S., Japan and Canada, in addition to many European countries, according to The Daily Mail. But not all think the practice is harmless. Sweetrabbits, an animal rights group in Germany, accuses some of the trainers of using the leashes to pull the rabbits over the barriers.

Lada Sipova-Krecova of the Czech Republic was the winner of Sunday's championship.

Check out some of the photos from the European rabbit hopping championships.

For more on rabbit hopping, click over to this article from National Geographic. 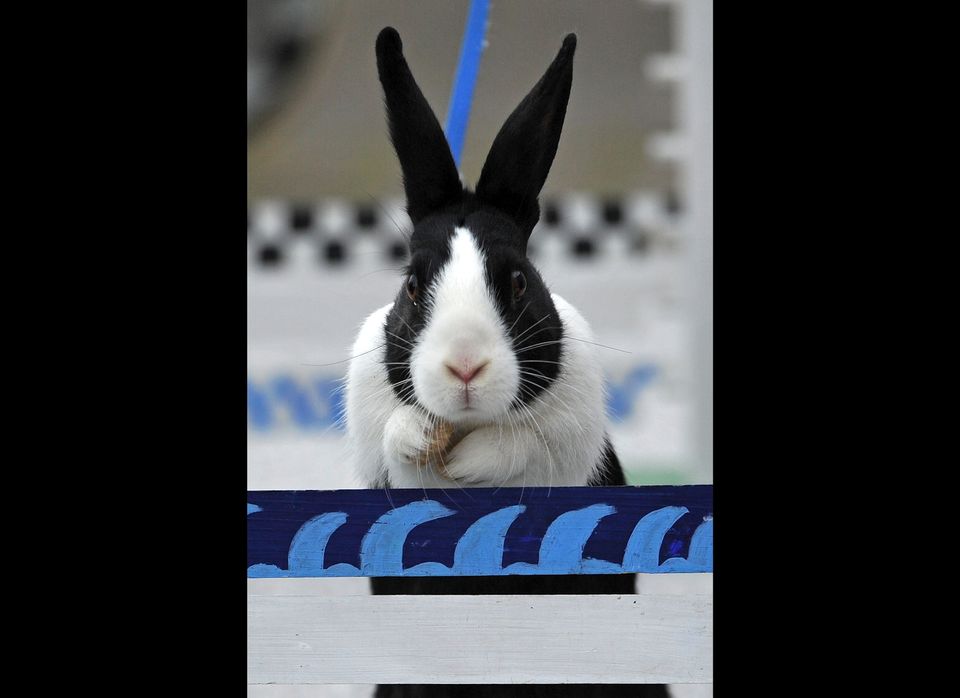 1 / 17
First European Rabbit Hopping Championships
WOLLERAU, SWITZERLAND - OCTOBER 30: A rabbit jumps over a hurdle at an obstacle course during a training session prior to the first European rabbit hopping championships, which Lada Sipova-Krecova of Czech Republic won, on October 30, 2011 in Wollerau, Switzerland. Rabbit hopping is a growing trend among rabbit owners in Central Europe. (Photo by Harold Cunningham/Getty Images)
Getty