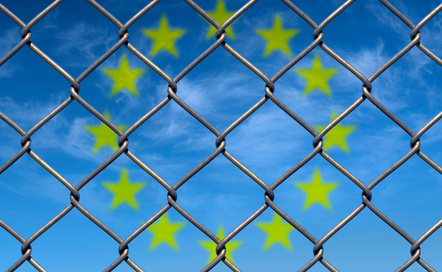 Greeks love conspiracy theories. We often tend to think of ourselves as victims of dark plots against our country; secret plans to manipulate us; Big Power intrigues over which we have no control. Given the latest developments in the European Union's refugee crisis, this is one of the few times we may be justified to think so.

Over the past few months, Greece has been under intense pressure by many of its EU partners to stem the flood of refugees. It has been criticized, with increasing vehemence, for "not doing enough" or "not doing its homework." Most recently, some EU nations have even gone as far as to threaten Greece with exclusion from Europe's passport-free -- Schengen -- travel zone, if it does not "control" the flow of refugees on their way to more popular destinations such as Germany, Austria and Sweden. Specifically, Greece has been asked to secure (and faulted for not securing) its maritime border with Turkey, since the vast majority of refugees crossover to Greece by boat from the Turkish coast.

If we disregard the fact that efforts to prevent people from getting on those boats in the first place have failed, the question that arises is how exactly does one "secure" maritime borders? How do you police and enforce those borders? With land borders, it is relatively straightforward: you close them. You put up walls, barbed wire, electric fences, checkpoints. You physically stop the flow. But how do you stop the flow by sea? How do you "push back?" Do you shoot at incoming boats? Do you sink them? Do you force them to turn around and go back to where they came from? The dozens or hundreds piled up on those boats every day barely make it to the Greek shores. Some of them have drowned trying -- most likely many more will. Sending them away would be sending many to their death. Yet, such an aggressive approach is exactly what some EU nations have demanded of Greek authorities, couched in language that implies that we simply are not trying hard enough.

To their credit, the Greeks have refused.

How do you stop the flow by sea? How do you "push back?" Do you shoot at incoming boats? Do you sink them? Do you force them to turn around and go back to where they came from?

The interior minister of a landlocked EU nation that doesn't even have a navy claimed that Greece is perfectly capable of enforcing its maritime border with Turkey on the grounds that it has "one of the biggest navies in Europe." So I have a proposal: Greece will provide the boats and other EU nations can provide the crews. That way we can learn what effective maritime border enforcement looks like, from those who clearly have a better idea.

Greece is expected to resolve the European refugee problem by reducing the numbers that enter Europe -- or by keeping them within its borders. By closing the Schengen door on Greece, its EU partners will effectively turn it into the EU's refugee camp -- Europe's very own ghetto -- and all that when the country's economy is on the brink of collapse and barely able to support its own population.

Under such unprecedented circumstances, it cannot be Greece's sole responsibility to manage the flow of migrants passing through its borders -- which are essentially the EU's borders. Hasn't Greece done more than its share, with almost nonexistent material resources, but with extremely generous reserves of altruism and compassion, to respond to the humanitarian crisis that landed on its shores, while just emerging from a devastating financial crisis?

What happened to EU solidarity? And why, instead of EU nations agreeing on a proactive, joint approach, more and more of them are ganging up on an easy target - the Union's weakest link? 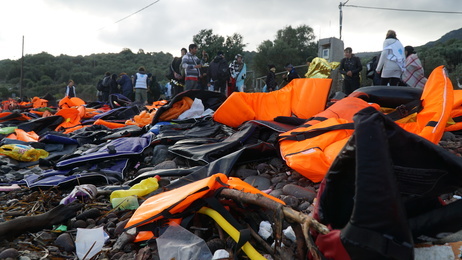 By closing the Schengen door on Greece, its EU partners will effectively turn it into the EU's refugee camp - Europe's very own ghetto - and all that when the country's economy is on the brink of collapse and barely able to support its own population.

This is not about Greece's inability to enforce the unenforceable. This is about nations in panic, choosing the easier, every-country-for-itself-and-Greece-as-the-scapegoat approach, rather than a coordinated response to the biggest crisis in their Union's history.

Not only is such an approach shameful, it will also not solve the problem, because Greece will not remain a ghetto for long. The thousands trapped within its borders will not want to stay there anyway. Living conditions in the makeshift refugee camps on the island of Lesvos, in the northern border with Macedonia or in Athens, where those who don't make it out of the country are sent, are already dire and will get worse as the numbers rise with the weather improving. These desperate thousands will find their way to where they want to be -- and that's not a poor state on the verge of collapse with 25 percent unemployment and nonexistent opportunities. They will find alternative routes to their promised lands. Many of them may die in the process -- again; and let us not forget the potential for violent outbursts when such a huge bottleneck seeks release.

What is the EU plan for containing that? Or, even worse, what if, being pushed on the brink once again, this time Greece does collapse under the pressure? What does the EU plan to do then?

Katia Vlachos is a writer, blogger and perpetual foreigner. She writes on cross-cultural transitions and expatriate life on her blog Diary of a Move.