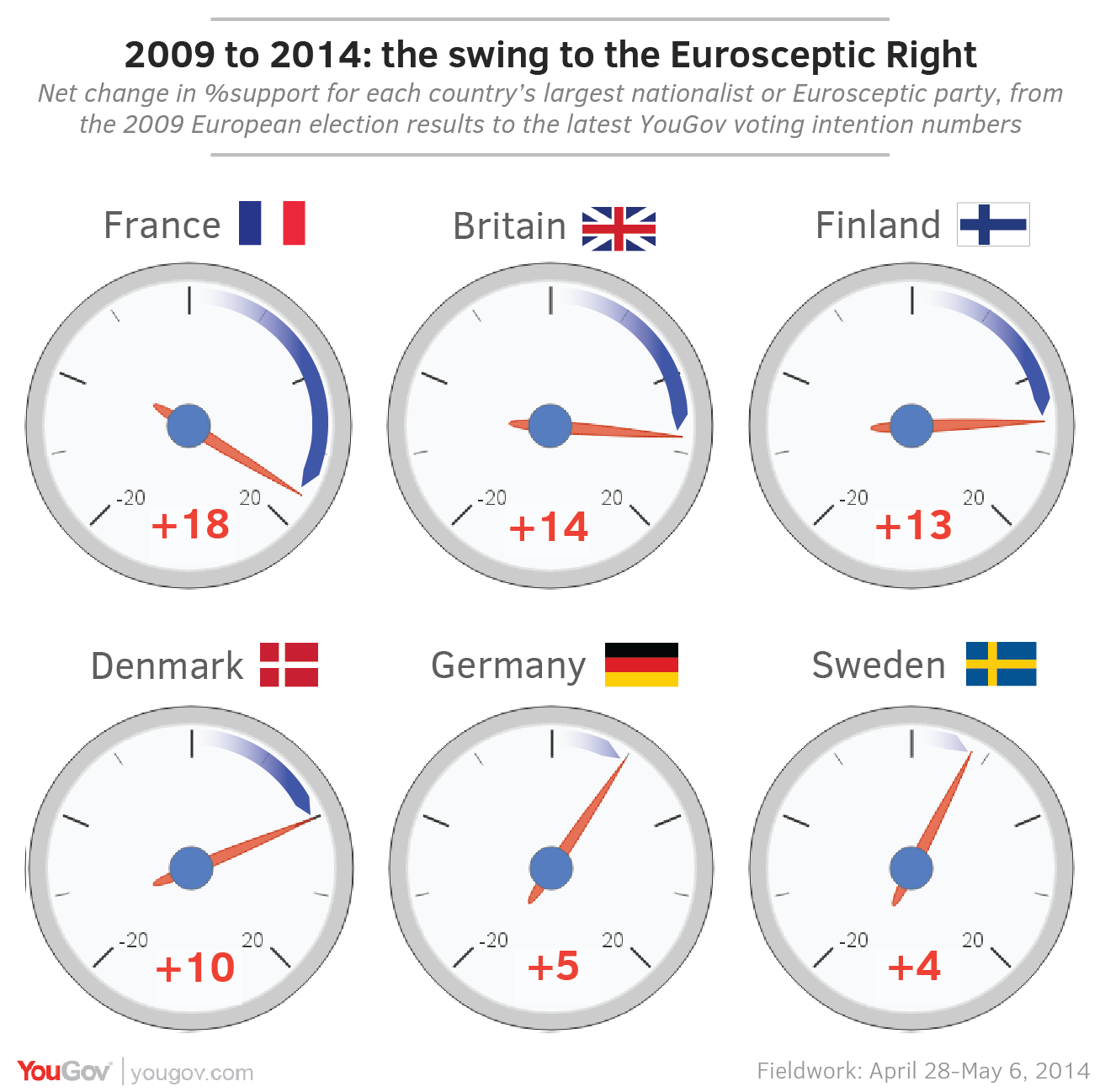 The survey also found that countries with stronger nationalist parties, including Great Britain, France and Denmark, were somewhat less likely to identify as "European."

Support for these parties does not necessarily indicate a broad anti-EU sentiment, however. Though discontent with the EU plays a role in the findings, YouGov notes in the case of Britain for example that "YouGov's own polling and analysis have shown that plenty of UKIP's own voters in the European Parliament elections see their vote more as a vote against Britain's other main parties than a vote against the European project."