While most primetime TV shows don't even have one Latina star, the new pilot "Devious Maids," which is headed to ABC this fall, has four: Ana Ortiz ("Ugly Betty"), Roselyn Sanchez ("Without A Trace"), Dania Ramirez ("Heroes"), and Judy Reyes ("Scrubs").

The show, which is being produced by "Desperate Housewives" creator Marc Cherry, also has something that no show has had since Salma Hayek began producing "Ugly Betty" on ABC in 2006: a Latina A-lister (Eva Longoria) as a co-producer!

Yet despite the fact that all of these proven and talented Latina actresses are starring on the new show, there are some bloggers who feel that the premise of the show—about four maids with big dreams who work for the rich and famous in Beverly Hills—will reinforce the stereotype that has long plagued Latina actresses in Hollywood: that they can only play "the help" on TV.

LatinoVoices caught up with Eva Longoria to talk about the debate surrounding 'Devious Maids'. The Mexican actress—who is constantly working to get Latinos on TV, particularly in her work as a producer of The Alma Awards—talked about why the Latino community should be proud of the show, and why she doesn't see it as a bad thing that four Latinas are playing maids.

CHECK OUT THIS SLIDESHOW ON EVA LONGORIA"S CAREER RETROSPECTIVE

Eva Longoria On Her New Show 'Devious Maids: 'Most Of The Latino Community Is Proud' (VIDEO)
Eva Longoria Career Retrospective 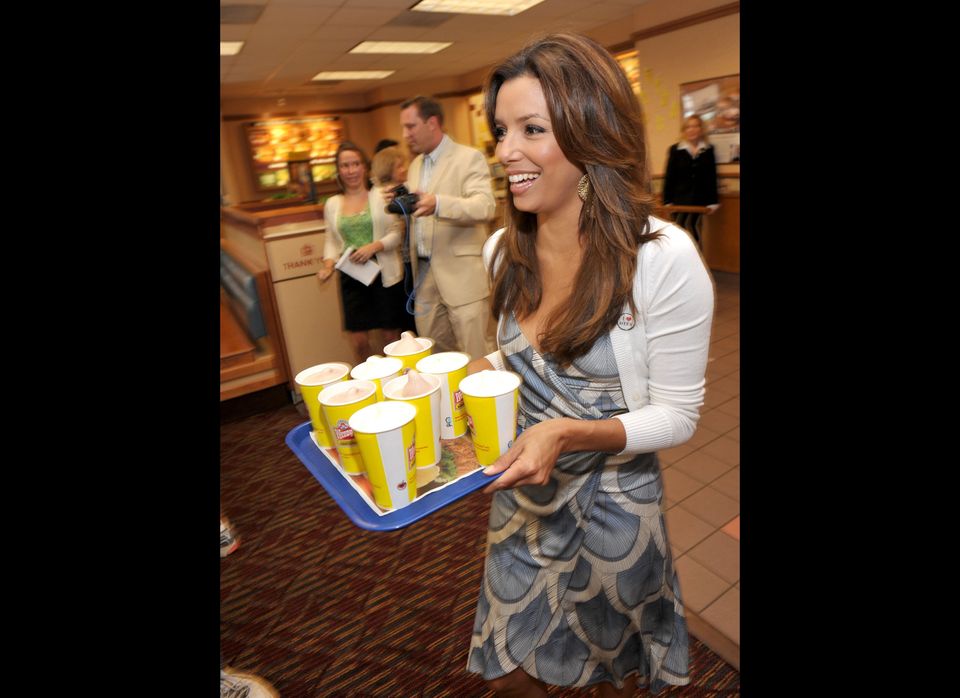 1 / 8
Her First Job Was At Wendy's
Longoria <a href="http://www.contactmusic.com/news/eva-keeps-in-touch-with-wendys-staff_1077508" target="_hplink">told Latina Magazine</a> about her teen years working at the fast food restaurant: "I loved it. And I still love them. They are an amazing organization. I still keep in touch with my manager from when I was 14. They are just great to me. I wanted to have a <em>quinceanera</em>, so I went to Wendy's to work to pay for my own <em>quinceanera</em>. I stayed. I paid for my cheerleading and everything through that. It was like whatever you want to do outside of school, you have to pay for it. I never had a car because I was always trying to save."
Getty