In a new video released by the Barack Obama's re-election campaign today, actress Eva Longoria explains why the President's record on healthcare, education and immigration should earn him the Latino vote in November.

“Ever since I was a little kid, my parents made sure I knew I could do anything if I worked hard, and my sister Lisa who faced obstacles growing up with special needs, taught me to be courageous and compassionate,” the actress says in the video.

"This is how I try to live my life day to day and this is what I see in everything President Obama does. Whether he’s fighting for affordable healthcare and access to education, or supporting small businesses in the hispanic community, over the last three years he’s worked to reform our immigration system, to give everyone a fair shot at the American Dream,” she says.

Although Obama's administration set the record in 2011 for most deportations in one year, the Mexican-American actress highlighted the President's record on immigration.

"He's fighting to make sure people who were brought here as children have the opportunity to earn a path to citizenship and contribute to the country they know is home," she says. "Thats what this election is about and each one of us is responsible for the outcome in November. Estamos unidos, she adds.

But while Longoria had nothing but nice things to say about Obama, her words about Mitt Romney in today's Hollywood Reporter were the exact opposite.

"Mitt Romney is on the wrong side of every issue that pertains to Latinos," she says. "He called SB 1070 a model law for the rest of the country. He tried to clarify, saying he meant a certain aspect of it, which shows his flip-flopping nature."

"Hispanics can stand to lose the most from his insistence on the Republicans' same failed economic policy. The Latino community needs to know what he stands for. He said during the campaign he would veto the DREAM (Development, Relief and Education for Alien Minors) Act if it came across his desk. That means you are not investing in the future of America."

Check out our slideshow on Eva Longoria's Career 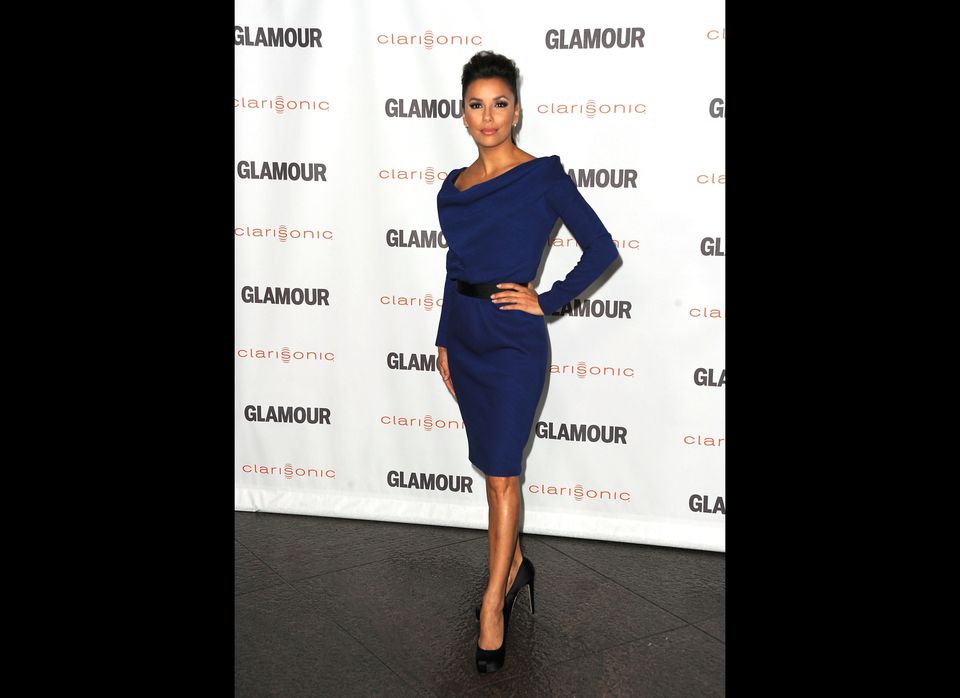