No, Eva Mendes is not starring in a biopic of the late Amy Winehouse, but you wouldn't be faulted for thinking it.

Snapped in Paris on the set of her upcoming film, Holly Motors, Mendes donned the beehive hair, eye makeup and low cut dresses that the English songstress made famous. Mendes co-stars in the Leos Carax-directed film in support of Denis Lavant, who, according to the Daily Mail, plays a man traveling between parallel lives, in which he is a murderer, beggar, CEO, monstrous creature and father. 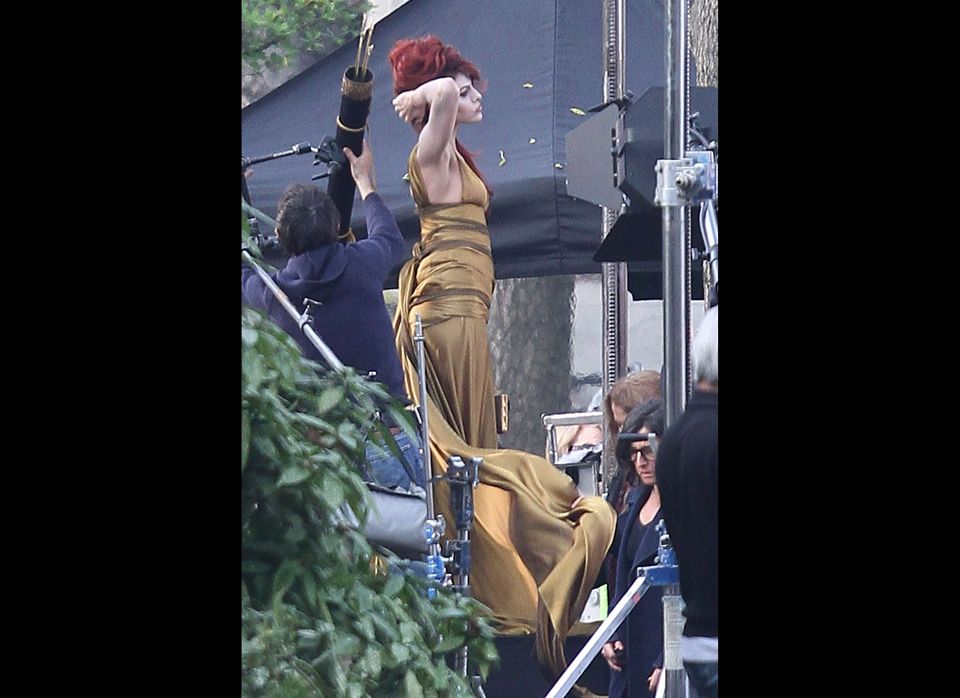