Eva Mendes and Ryan Gosling kept their baby news a secret up until the very end of Mendes' pregnancy, but it appears the parents are bending their privacy policy a bit these days.

Mendes opened up about the couple's two-month-old daughter in Violet Grey‘s digital magazine, The Violet Files, revealing why they decided to name her Esmeralda Amada.

"We were really excited about naming her," the 40-year-old explained. "We both love the Esmeralda character from the Victor Hugo novel The Hunchback of Notre Dame and just think it’s a beautiful name. Her middle is Amada, which was my grandmother’s name. It means 'beloved' in Spanish."

As for motherhood, Mendes says it's been pretty eye-opening. "People always told me that [it was tough]. But I’ve learned that it’s way harder to be a baby," she said. "Everything is a struggle for her. For instance, I haven’t thrown up since the ‘90s and she’s thrown up twice since we started this interview. Motherhood is cake compared to what it’s like to be a baby."

Mendes and Gosling, who have been dating since September of 2011, made an effort to keep their baby news under wraps after realizing that fame was probably going to have a big effect on their child.

"Whether we like it or not, privacy is going to be very difficult for Esmeralda. I think it’s unfair but that’s our reality. So Ryan and I decided early on to give her as much privacy as we could. And my pregnancy was the first opportunity to give her that," Mendes told The Violet Files. "It’s such an intimate time for the mother, too. I know that it seems all very innocuous when you’re flipping through a tabloid at the doctor’s office or see a photo of a pregnant lady online, but I find the media’s 'bump watch' obsession to be both intrusive and stressful. So I made a decision to eject myself from it completely. I was like, 'Annnnd I’m out.'"

For more with Eva, head over to VioletGrey.com. 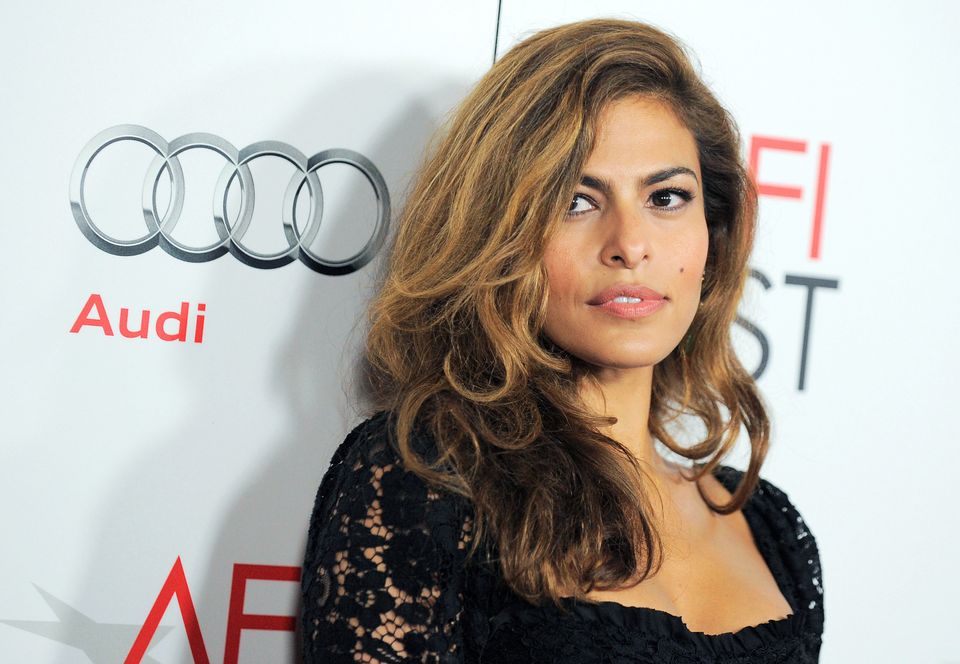 1 / 11
Eva Mendes
FILE - This Nov. 3, 2012 file photo shows actress Eva Mendes at the "Holy Motors" special screening as part of AFI Fest in Los Angeles. Mendes is the new face of Vogue Eyewear for their autumn/winter 2013 collection. Mendes is working on her own clothing line for New York & Company and is hoping to have it in stores for the fall. She's also been tapped to represent Vogue eyewear. (Photo by Jordan Strauss/Invision/AP, file)
AP