DENVER– In the weeks before his death, Evan Ebel, suspected killer of Colorado Department of Corrections Director Tom Clements, had broken ties with white supremacist prison gang 211 Crew and was debilitated by the transition from prolonged isolation to social contact, according to a friend and former fellow inmate.

In a series of interviews conducted with The Colorado Independent, parolee Ryan Pettigrew dismissed widespread media speculation that Ebel shot Clements as part of an orchestrated 211 Crew “gang hit.” He said that, over the course of the last few weeks, Ebel was growing increasingly agitated in his adjustment to life outside of prison and beyond the tiny “administrative segregation” cells in which he spent years deprived of regular human contact.

“Trust me, this was no gang hit. This was about what was haunting Evan Ebel,” Pettigrew says. “Clements’ name never came up.”

Pettigrew supported his statements by producing dozens of text messages he exchanged with Ebel over the last two months. The messages reveal Ebel as wrestling with anxiety about his freedom and grappling with the urge to ease that anxiety through violence. The texts span from February 1, four days after Ebel’s release from prison on January 28, to March 5, less than two weeks before Ebel is alleged to have killed pizza delivery man Nathan Leon and then murdered Clements before he led Texas authorities on the high-speed highway gun battle that left Ebel clinically dead last week. 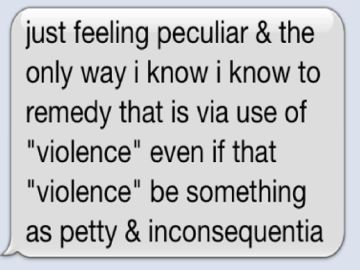 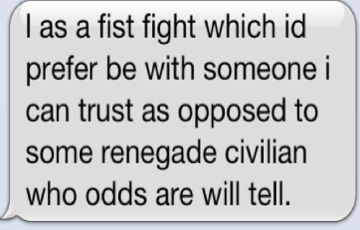 Pettigrew, 33, is on parole and studying to become a real estate investor. He was released in August from a ten-year sentence on a witness intimidating conviction. He served most of his time in Colorado State Penitentiary, the state’s highest security prison, where he befriended Ebel.

Ebel was released from Sterling Correctional Facility at the end of January after serving roughly nine years for a series of stick-ups and assaults.

Both of the men served long periods of their sentences in solitary confinement. As practiced in Colorado, so-called administrative segregation isolates prisoners for months, years and even decades with virtually no human contact other than with corrections officers who pass meals through their food slot and escort them to a room where they exercise alone.

Pettigrew and Ebel didn’t know each other face to face. But over their years at the State Penitentiary, they exchanged frequent notes called “kites” sent through an elaborate delivery system called “fishing.” It entails a chain of prisoners passing notes through plumbing and sliding them under doors in cell-block pods.

In their notes, Pettigrew and Ebel discussed books, philosophy, their families, frustrations with the prison system and plans for businesses they would start when they got out.

Life on the Outside

“At first he was telling me how he was freaking out, just freaking out,” Pettigrew recalls. “He was saying that he couldn’t sleep and [was] having a hard time eating and being around people. He didn’t want to have any associations with anybody. He was feeling extremely anxious. It was all the same stuff I was experiencing when I got out. He was a lot like me.”

In one text to Pettigrew from mid February, Ebel said he wanted to get into a fight as a form of coping.

“…im just feeling peculiar & the only way i know i know to remedy that is via use of ‘violence’ even if that ‘violence’ be something as petty & inconsequential as a fist fight which id prefer be with someone i can trust as opposed to some renegade civilian who odds are will tell.”

Pettigrew said that, coming from Ebel, he understood the sentiment.

“He told me that he needed to release some anxiety. He needed that violence as a release so he could calm down. He didn’t know any other way.”

The text messages between the two men — and obtained by The Independent — detail Ebel’s plans to get a tattoo and his thoughts about setting up a for-profit website for inmates and for members of the public interested in news with “street cred” about contemporary prison culture. He planned to post correspondence between prisoners and their attorneys, columns authored by inmates, roundups of actions taken by authorities against prisoners and resistance mounted by prisoners in the form of hunger strikes, for example. Ebel’s promotional strategy was to “advertise by way of regular mail and word of mouth (not a problem).” “Maybe we’ll do a whiteboy discount as an additional selling point,” he wrote.

In one text, Ebel said he was spending most of his evenings since his release “reading & talking to folks on the phone.”

Pettigrew said Ebel was living in a house in Commerce City and that Ebel’s father Jack, an attorney, paid at least part the rent. Pettigrew also said Ebel was working as a researcher at a law office.

He said Ebel and several gang members recently had broken with the 211 Crew over disagreements that Pettigrew, who is still a member, would not discuss. Ebel’s apparent suicide-by-cop was motivated by his own struggles, he said, not out of allegiance to his former gang.

Pettigrew sensed early on that Ebel and he didn’t share the same goals for their lives after incarceration.

“I’m trying to get on with my life, leave [the Department of Corrections] behind me and make a living. [Ebel] seemed still pretty focused on what happened in prison.”

Pettigrew laments the death of Clements, a reform-minded chief who was particularly concerned with the negative effects of solitary confinement.

“It sucks for the inmates he was changing the system for,” he wrote last week in a text to The Independent.

“I’d say there [would be] something pretty ironic [if Ebel] killed the guy who was trying to fix things. It’s unfortunate, because Clements was in a position to help,” Pettigrew elaborated in a phone interview Monday.

Colorado Gov. John Hickenlooper, in revealing his longtime friendship with Ebel’s father, said in a statement last week that Evan Ebel had a “bad streak” and, assuming he in fact murdered Clements, was “hell-bent on causing evil.”

It’s exactly that kind of violent tendency that Clements was hell-bent on preventing, especially among prisoners being released from solitary.

In an exclusive interview last spring, Clements said that, immediately after Hickenlooper recruited him from Missouri to run the Colorado corrections department, he found disturbing “one very alarming statistic” he said kept him up at night — that 47 percent of Colorado prisoners being released from isolation were walking directly out onto the streets without help reintegrating into social environments and interacting with people.

Clements wanted longer transition periods and step-down programs before setting isolated prisoners free. As Pettigrew tells it, Ebel said he had little help making that transition. He said altercations during his brief period in a step-down program landed him back in isolation.

“You have to ask yourself the question – How does holding inmates in administrative segregation and then putting them out on a bus into the public, [how does that] square up?” Clements said.

“We have to think about how what we do in prisons impacts the community when [prisoners] leave,” Clements continued. “It’s not just about running the prison safely and securely. There’s a lot of research around solitary and isolation in recent years, some tied to POWs and some to corrections. My experience tells me that long periods of isolation can be counter-productive to stable behavior and long-term rehabilitation goals.”

Soon after taking office, Clements launched a study of solitary confinement and decided to close Colorado State Penitentiary II, the state’s two-year-old supermax prison, which was designed and built entirely for isolation. By last spring’s interview, Clements said he had reduced the 47 percent isolation-to-streets release to 22 percent. His goal, he noted, was to drive to zero the number of isolated prisoners being released without step-down programs.

Pettigrew said he thought many corrections officers weren’t receptive to the reforms Clements was making.

“The old school guards in there, they just hated what he has doing and would come down even harder on us. You develop such a hatred not only from being in solitary but from having been pocked with a stick that long.”

‘It’s Hate that’s Building up in You’

Those sentiments were echoed by Colorado State Penitentiary prisoner Josue Gonzales in National Geographic Channel documentary that showed him walking into freedom after five years in isolation.

“I think 90 percent of the people that are locked up here, if they ran into a staff member on the streets, they’d hurt ‘em,” Gonzales was quoted to say in the film.

“Those are the things that I want to get away from. But I still deal with them all the time.”