It may seem like Evan Peters has his acting career on track, but even he's "still trying to figure it out."

In a recent interview with James Franco for Hero magazine, the actor opened up about how he got his start as an actor and how he's dealing with it now.

At the beginning of his career, Peters appeared in a slew of projects aimed at teens, such as "Sleepover" and "Phil of the Future." (Yes, it's true.) The characters he played were stereotypical goofy boys, eager to chase after "babes."

Of course, over the years, he's gotten a few deeper roles, such as school shooter Tate Langdon in "American Horror Story," and Chapin in "Elvis & Nixon" alongside Hollywood heavyweight Kevin Spacey.

When Franco asked, "When did you start knowing what you were doing?" Peters responded by saying, "I still don’t know what I’m doing, I’m still trying to figure it out."

"I was only 18 or 19 then," he added. "I was a real snot-nosed, punk-ass teenager, so I was taking things for granted and just wanted things to happen and be what I wanted them to be, in terms of performances, without really knowing what to do or the amount of work that was needed to put into it."

Before he finally got cast in "AHS," a show that would prove pivotal in his career, Peters admitted he went to his first audition for the show because he was "desperate for a job."

"I hadn’t had work in a while, I was just getting these guest spots and I realized that I had to really start applying myself because before, like I said, I was just a teenager and I didn’t know exactly what I wanted to do," he said. "My manager at the time told me that there was a Ryan Murphy show and that everything he touches turns to gold so it would be amazing if I got it."

That manager surely deserved a raise if he or she didn't get one already.

The actor then recalled a particularly bloody first day on set, which makes sense for Murphy's horror TV show.

"I remember one of the first days, we were shooting a scene and Ryan goes, 'Ok, I want to have blood poured all over Evan right now, we’re going to put him in the corner and turn the camera on and it’s going to be great,'' he recalled. "You know how Ryan works, he’s very creative, it’s his show so he’s writing it and creating it as he’s directing. It’s very cool working with him and it’s very impulsive, I like that."

Thanks to the show, Peters realized it was time for him to really start trying.

Clearly, all that trying paid off. 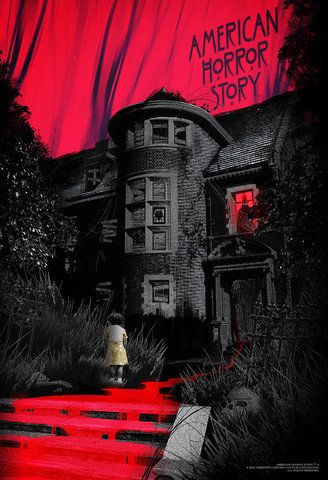