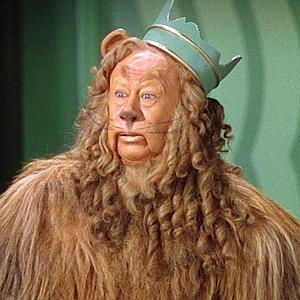 As you may know, this past summer the Presbyterian Church (PCUSA) decided to allow the ordination of gay clergy.

Yesterday, a new Presbyterian denomination was born: the Evangelical Covenant Order of Presbyterians -- or, for short, ECO.

ECO was formed by pastors and laypeople in response to PCUSA's decision to join the 21st century. They're against gay people being ordained as ministers, and so started their own sub-denomination wherein such a thing would be prohibited.

And that's fair enough. If they want to take their ball and go play with themselves in the corner, that's certainly their right.

What is certainly most notable, however, is ECO's refusal to anywhere, in any way whatsoever, just come out and say that they formed in response to PCUSA's sanctioning the ordination of gay people. Everyone knows that's why ECO formed. It's hardly a mystery or secret. Yesterday's Reuters story on the matter was titled Presbyterian group breaks away over gay clergy. Back in August, Rev. John Crosby, now the president of ECO, said, "We [the Presbyterians] have tried to create such a big tent trying to make everybody happy theologically. I fear the tent has collapsed without a center."

Wow. So, for Rev. Crosby the go-to metaphor on this matter is tent poles. Boy, for a guy who likes to sidestep the big, hot issues ...

And what deft sidestepping Rev. Crosby and his fellow ECO leaders do. A reader can search high and low throughout ECO's online site, and nowhere will they find a single, solitary word about gay people or homosexuality. They'll read how ECO wants to "connect leaders through accountable biblical relationships," to "reclaim a sense of covenanted biblical community," and to "develop gospel-centered leaders." They'll discover ECO's passion for "the right kind of diversity" (which is then carefully stipulated to mean "women, men, young leaders, and every ethnicity"). They'll readily learn of ECO's desire to "unite around a shared theological core."

But beyond that kind of dissembling, Secret Code Fundy Talk, nary a mention will they find of the true and actual reason ECO exists.

ECO honchos! Just say you've formed because you believe that gays shouldn't be ordained! If your convictions are so great they've compelled you to found a "breakaway movement," why aren't they great enough for you to be explicit about what it is you're breaking away from?

That said, though, I'm heartened by the leaders of ECO being so afraid of proclaiming their true nature and purpose. It means they're as uncomfortable as, God knows, they should be, about excluding gay people from full participation in the life that Jesus so passionately offered to all.

It's always encouraging when someone can't force their mouth to say what their heart knows is wrong. It means there's hope for them yet.

In the meantime our would-be friends at ECO are stuck, as it were, inartfully singing along with the Cowardly Lion:

I'm sure I could show my prowess / Be a lion, not a mouse / If I only had the nerve.

(UPDATE: A commenter to this post wrote: "As a PCUSA pastor I can tell you a big reason why ECO was formed was because the pastors in the anti-gay lobby receives very generous pension and medical benefits from the PCUSA that they are afraid to leave behind should they follow their conscience to disaffiliate from the denomination. ... Our pension plan is the envy of most denominations and our benefits are generous. Any minister can leave at any time to seek a call in another Presbyterian denomination that would have them [PCA, OPC, EPC, RCA, CRC, etc.]. But they don't want to give up the perks.")