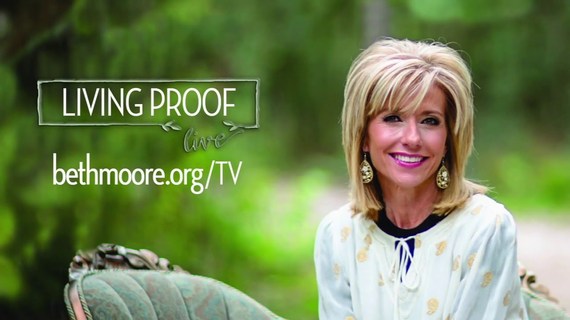 Hats off to the evangelical women calling out their tribe's males in the wake Donald Trump's lecherous comments. Maybe, next time, they'll cry out sooner -- such as when a candidate slurs ethnic and religious groups and fans paranoiac flames. Maybe, next time, evangelical moderates as a whole will grasp the difference between "political" and "partisan." They'll involve themselves in the former while avoiding the latter and distinguish moderation from conflict avoidance. Avoidance, which often wears the peacemaker's mask, only enables bullies.

Women and moderates rose up in one of the creepiest weeks in US political history. The Republican presidential nominee did not hide in shame after the release of an Access Hollywood video. Instead, he stalked his Democratic opponent in a live television debate and threatened to send her to jail if elected. It was unnerving. Trump also tried to intimidate Hillary Clinton by bringing in some of her husband's accusers.

Bob Schieffer said it best in his review of the debate: "This is the United States of America. People keep asking me if I've ever seen anything like this. I keep saying no and I hope to God I don't see another campaign like this one. America can do better than what we have seen tonight. This was just disgraceful."

The gutter week dragged on as women came forward with allegations of groping and Trump claimed he was battling a world-wide conspiracy.

Many GOP Brahmans finally denounced Trump and said they would not vote for him. Several leaders on the Religious Right, including theologian Wayne Grudem, also withdrew their endorsements. I criticized Grudem before; I commend him here. But some still fired their Trumpian guns. Ralph Reed said this:

I've listened to the tape. My view is that people of faith are voting for president on issues like who will defend and protect unborn life, defund Planned Parenthood, grow the economy and create jobs, oppose the Iran nuclear deal. I think a 10-year-old tape of a private conversation with a TV talk show host ranks pretty low on their hierarchy of their concerns.

Which prompted the women's outcry. Beth Moore, an a-political and popular Houston-based Bible teacher and evangelist, tweeted: "Try to absorb how acceptable the disesteem and objectifying of womena has been when some Christian leaders don't think it's that big a deal." Another Moore tweet: "I'm one among many women sexually abused, misused, stared down, heckled, talked naughty to. Like we liked it. We didn't. We're tired of it." Sarah Groves, a Christian singer and Dove Award winner, commended Moore. Katelyn Beaty and Jen Hatmaker added their declarations and Kay Warren threw in her twitter voice (to her credit, Hatmaker blasted Trump early on). The Moody Bible Network's Julie Roys wrote:

I never thought I'd see the day when leading evangelicals would publicly espouse that character doesn't matter -- and that promoting sexual assault is simply a 'bad boy talk.' Yet, that's precisely what's happening ... I honestly don't know what makes me more sick. Listening to Trump brag about groping women or listening to my fellow evangelicals defend him.

These women were not alone. Christianity Today, the moderate evangelical flagship, editorialized: "Enthusiasm for a candidate like Trump gives our neighbors ample reason to doubt that we believe Jesus is Lord. They see that some of us are so self-interested, and so self-protective, that we will ally ourselves with someone who violates all that is sacred to us--in hope, almost certainly a vain hope given his mendacity and record of betrayal, that his rule will save us." And there are petitions: Over 20,000 have signed A Declaration by American Evangelicals Concerning Donald Trump while Liberty University students launched a protest drive against their president's Trumpian enthusiasm.

I was all applause at first: "Go Beth and Sarah and Kay Katelyn and Jen and Julie! Go moderates!" But simmering questions tempered my cheers: Why now? Why not before? How many evangelical women and moderates followed Hatmaker's example and protested Trump's blood-curdling remarks about Mexicans, immigrants, and Muslims? Some did (kudos to John Maxwell and Russell Moore and lesser-known figures), but many can learn from John Elwood's open letter to his Republican Congressman, US Rep. Scott Garrett. Elwood challenged Garrett after he withdrew his support for Trump (the Congressman has since re-pledged his loyalty). Let Elwood's words echo far beyond the Congressional catacombs:

Just to be clear, then, it was okay that Trump vowed to kill the world's last and best hope for saving our children from catastrophic climate change, right? It was okay when he trashed Mexicans, Muslims, blacks, women, war heroes, disabled people, and grieving Gold Star parents? It was okay when he admired dictators, advocated torture, incited violence among supporters, and hinted at assassination of an American president? And you didn't mind when he threatened to break faith with our closest allies, and suggested they get their own nuclear weapons?

Tough medicine. No doubt many moderates silently rolled their eyes at Trump's previous outrages. But there's the dilemma: Their silence.

Pining for that elusive day

Evangelical moderates have quietly longed for an a-political fee zone to surround their churches, where communicants can study their Bibles and do their missions work in peace. Sometimes, after a slew of committee-approved drafts, they'll publish timid calls for civility: "We embrace our beloved brother and commend his sincere passion, but we wonder if the presentation of his valid viewpoints could be given with more empathy. We know he has a kind heart ..." They're shocked when the beloved brother balls his fists, blares heresy accusations, and demands apologies. The moderates duly repent and retreat into their prayers for that liberating day when they dwell in an a-political paradise.

Breitbart News demonstrated the bully reaction when it attacked Moore after her tweets: "Christian Speaker Beth Moore Stands in the Gap for Hillary Clinton," proclaimed the headline. The article said she withdrew her Trump endorsement and will now vote for his opponent. Note: Moore said nary a word about Clinton. Or Trump, for that matter.

Bullies interpret silence as an endorsement or a sign of weakness. They'll monopolize the microphone unless we speak - and the press will present the uncivil Religious Right's view as the evangelical voice. We moderates must abandon our a-political dreams and take our place in the public square. It's time we rise up before the attacks pummel our own homes. Perhaps Martin Niemöller meditation on Nazism's metastasis will motivate us: