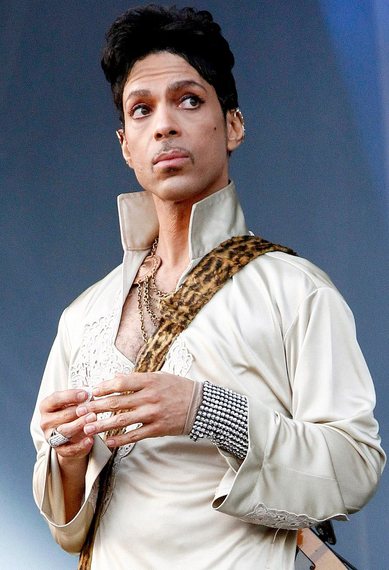 When Prince died, I was devastated. It was like losing my best friend. It still hurts and knowing what he struggled with so privately magnifies that hurt tenfold. But my pain has had to take a back seat as frustration and, quite honestly, anger have taken hold of my emotions and my focus. Social media can be as harmful as it is helpful and informative and I have seen on that medium several fan groups and individuals who have circulated unnecessary petitions as of late to uncover "the truth" about Prince's death and claims of murder under the auspices of conspiracy to steal his master recordings. In particular, they have accused Prince's former label WB with whom he entered into a mutually beneficial agreement in 2014.

These "advocates" and seekers of "justice" launched their campaigns as early as April 22, 2016, the day after Prince passed away. Some didn't even wait that long. Many began by by reading more into his last Tweet than he probably meant. Prince could be cryptic at times on purpose and in jest, but most times he actually said what he meant and meant what he said. He advertised most of his Hit N Run (HNR) shows these days via Twitter and they always said the same thing, "just when u thought u were safe". I followed Prince from the time he opened a Twitter account and I have seen these hints about the HNR shows. His final show in Atlanta was advertised that way. So, then, why was the final Tweet taken down? He likely did it himself before he died. Prince used independent promoter, Lucy Lawler-Freas, to book dates. She has attested to this in interviews and it is on her LinkedIn profile. She's said she was still trying to secure other venues for the "Piano and a Microphone" tour at the time of his passing. Perhaps he knew he wasn't well enough to do the next date and needed time for recovery, to include detox and treatment for opiate dependency, and removed the Tweet as opposed to misleading his fan base. Maybe there wasn't a location booked beyond Atlanta and rather than teasing fans with the promise of a show that fell through, removed the Tweet. As private as Prince was it is highly unlikely anyone else was able to access his Twitter account as I suspect he changed the passwords, daily.

These conspiracy theories and petitions do, however, point to a reality the creators of such fail to acknowledge: they are struggling to accept his death as a horrible accident that resulted in the death of one of the most beloved and most brilliant artists of a generation who, like many, hid a very real problem from the public and from friends. That has me coming to the resolve that many of these "advocates" retreated from Prince in the 1990s and feel guilty for doing so because now he is dead. No petition or Facebook fan group is going to change any of this; and no petition will bring him back.

We have to accept what director/producer Charles Ferguson has observed, "Prince was...human. He was ultimately killed by the collision between his perfectionism and by his shame about having flaws, and by society's hypocrisies: the pressure to appear effortlessly spectacular in performance (which destroyed his body); to use dangerously powerful drugs to manage his pain...and to never, ever show weakness." People have endlessly and impetuously quoted one of his signature songs to say that this, his death, "is what it sounds like when doves cry," but I think people have only listened to that song in part; the part that only concerns them and their emotions about his life and his death.

Prince was a private man because he was a proud man. Even the most insecure among us have pride and pride is a very fragile thing. When I was a kid, people teased me for being a Prince fan, friends, family, everyone. They thought he was weird and by association, so was I. But I have never wavered in my fandom and appreciation of him and his art. Not ever and I am proud of that; it is why I can look at his life and see a man who was imperfectly perfect and perfectly imperfect. I can be proud of that and I can live with it. However, those raising the speculation that his death was part of a conspiracy strip away the very thing that keeps his legacy alive: his pride. It was his pride that made him fight the industry for control of his art. It was pride that kept him going through with the release of Emancipation and subsequent tour even though he just suffered the most immense pain one could imagine. It was his pride that let him perform through agonizing hip pain for years. And it was pride that prevented him from seeking help until the very the end and concealing his inner turmoil from those closest to him.

I can see why he hid things, no matter how detrimental to his well-being, and respect him for it because we all hide things. This is a very human thing to do and Prince was, if nothing else, human. He was just like us and said so in a 1985 MTV interview. I don't care how he died. We all die, eventually, and the circumstances are all different. What I care about most is how he lived. Did he smile when butterflies touched his skin? The song "Glam Slam" tells me he did. Did he cry on days when he missed his son? "Comeback" tells me he did. Did he randomly quote James Brown lyrics in casual conversation like I randomly quote his lyrics in casual conversation? "Gett Off" affirms this for me. When he was younger, did he "sit out on the stoop" to "just watch all the cars go by" like so many of us do as children and teens, especially in the African-American community? According to "Reflection," yes, he did. He was just like us. He did all the things we so-called normal people do and that includes hurting, physically and emotionally. For whatever reasons he had, Prince was hurting and it was his pride that prevented him from seeking the help he needed. This is the case with most people. He wasn't alone. He was human.

So many people who knew him over the years talk about him being "moody," up some days and then way down on others, genius often works that way. But do we know that when he was alone in a room by himself, that he was okay? Was he lonely? Maybe. It is possible to have friends, close friends, and parties, etc. and still feel incredibly lonely. I know that feeling. I have had it more than I care to admit, but sometimes I revel in it because it stirs creativity. I wonder if he was the same. Basically, Prince, "I wonder u"...I always have, I always will and I will always wonder why you left us so soon, not the how, but the why because I was not prepared for it.

But that is MY issue to resolve and it is not the duty of the State of Minnesota.

No matter how many petitions or letters to governors or historic landmark committees, there will never be an answer about the circumstances of his death that makes sense, it hasn't been true for Michael Jackson or Whitney Houston. All the more reason the legacy and the art Prince left behind should be respected and not defamed by conspiracy theories that have little to no merit. People who claim to advocate for Prince feel they are doing the right thing and may have good intentions, I get that, but they are unwittingly chipping away at his dignity. And he doesn't deserve that. The more we learn about his private use of painkillers, the more we engage in the act of usurping his pride, and that is no one's place. We have to remember the desperation with which he sang that line in "When Doves Cry" and just let our dove have his pride and his wings...even if it hurts us to do so.

Author, "Unbreakable": A Different Kind of Memoir" (in progress)