John McCain tried to get out of his recent gaffe on the "fundamentals" of the economy by repeating a common mantra for American politicians, describing American workers - the fundamentals themselves - as the "most productive" and "hardest working" in the world. New York Times columnist Bob Herbert, in a column reposted on the Obama campaign site, called Americans the "hardest-working people on the planet."

On this issue, American politicians are unanimous in their patriotic zeal, but please don't confuse rhetoric with reality. Compare the farmers in the images below, and ask yourself: which one is working harder, and which one is earning more? Then ask yourself which one is more productive. 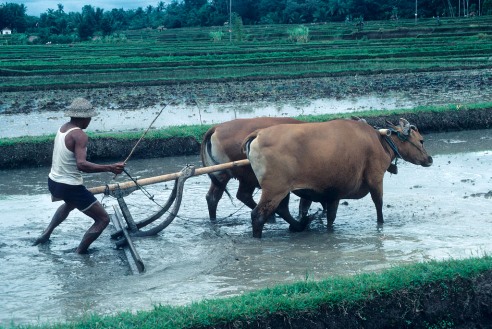 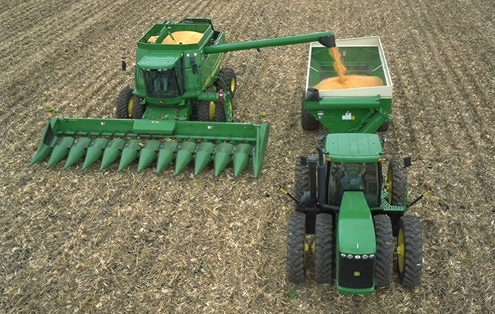 I'm not an economist, but I know enough to understand that "productivity" as one of the economic "fundamentals" is not a measure of how "hard" people work. When economists say productivity rises in an economy, they usually mean that the value of goods produced per hour of work has increased. Sure, that could mean workers work harder, as in the case of speeding up an assembly line, but in the long run the bigger factor is the greater application of capital-intensive technology: fewer workers using more powerful machines. For example, on an individual basis, workers who produce software are more productive than those who produce hand-stitched carpets.

I hate to pick on economists (really), but maybe it takes a sociologist to observe the simple reality that, usually, the harder people work, the less money they make. I don't mean comparing two workers at the same job site -- in that case the one that works harder might actually make more money (just compare yourself to your boss....). I mean comparing groups of people, like those who plow fields on foot with large animals versus those who plow fields with giant combines. Or people who write blog posts while sitting in recliners versus those who make recliners.