Evenflo Company Inc. is voluntarily recalling more than 1.3 million child safety seat buckles due to the risk children could not be removed quickly in an emergency.

The National Highway Transportation and Safety Administration said Friday that the recall includes buckles used in a number of children's convertible and booster seat models manufactured between 2011 and 2014.

The buckle may become stuck in a latched position, making it difficult to remove a child from the seat. This could prove critical to a child's safety in the case of an emergency.

Evenflo will alert registered owners this month and provide replacement buckles and instructions for installation.

The company said on its website that the harness crotch buckle may become resistant to unlatching over time, due to exposure to food, drink and other common contaminants. It said there is no risk if the buckle is functioning normally.

Evenflo, based in Piqua, Ohio, has received no reports of injuries to children in connection with the recalled buckles.

NHTSA began investigating several models of Evenflo seats in January. Regulators said they are still investigating the safety of one of Evenflo's rear-facing infant seats.

It's one of several recent recalls involving children's car safety seats that can trap children due to faulty buckles.

Graco announced in February that it was recalling 3.8 million car safety seats for the same reason. The company did draw the criticism of federal safety regulators at the time, who felt the recall should include another 1.8 million rear-facing car seats for infants.

Copyright 2014 The Associated Press. All rights reserved. This material may not be published, broadcast, rewritten or redistributed. 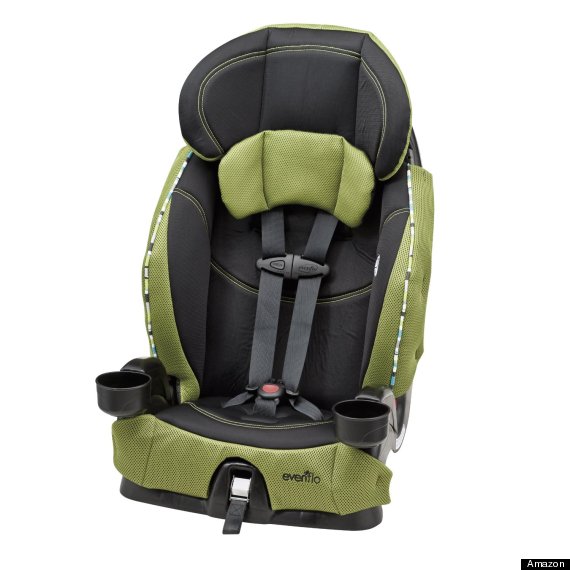 Evenflo Chase model that is being recalled.


Recent Recalls Of Baby And Kid Products
Voting Made Easy
Register to vote and apply for an absentee ballot today
Register now
More:
Parentsrecallevenflo
Newsletter Sign Up
Raise the kind of person you'd like to know
Subscribe to our parenting newsletter.
Successfully Subscribed!
Realness delivered to your inbox