If there is one jewel of wisdom I continue to uncover throughout my life's experiences and observations, it is this: Everything seems innocent in the beginning -- every tiny, insignificant decision.

The "firsts" are almost always unsuspecting: Every lie, every affair, every addiction, every compulsion and every vice. The first sip always tastes harmless going down. So does the first kiss. 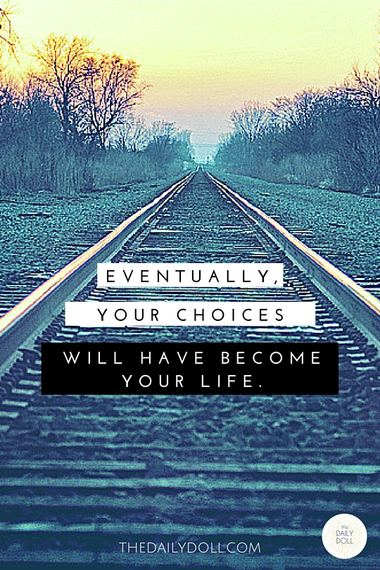 I've never met a person who set a goal to become addicted to heroin, to failing out of school, to fighting their way out of a mountain of credit card debt, to gambling their savings away or to becoming emotionally-chained.

It always begins as though it's no big deal -- a stare that lasts longer than it should, a peak at something you know wasn't meant for your eyes to see, a wink in response to a flirtatious comment, or a simple, "sure, why not," when offered your first hit. There is always some level of innocent disregard for the bigger picture.

So, whatever you're thinking about doing tonight, tomorrow or five minutes from now, allow me to first be the tap on your shoulder reminding you that every small decision then forms a series of further small decisions which then becomes your life. This is your invitation to not be an idiot about it.

Someday Your Choices Will Have Infected You With Something...

Once a girl I worked with asked me to join her for lunch. I had seen small cracks in her character and had been warned of her history of problematic behavior. Still, on that day, my stomach was growling, and I had communicated with her enough to have decided she was relatively entertaining and sweet. Therefore, I thought joining her for a simple lunch could only be harmless. I responded with a "sure" and a shrug.

She extended the invitation again the following day, and my answer was the same. Eventually, we were interacting often enough for me to have learned her favorite kind of cheesecake, when she expected her period, the names of her three most recent love interests and her mom's most annoying qualities.

Somewhere in between our work-related rants and sandwich bites, we had become unlikely friends. To claim we were not like-minded would be the understatement of a lifetime. The majority of our priorities and values existed on opposite ends of every possible spectrum. But, through our repeated interactions, we formed a bond and I began to find aspects of her personality I genuinely appreciated.

As with every relationship, however, the more comfortable she became with me, the more layers of her character she revealed. As ours further progressed, I began to realize that underneath her smiling face was often a dark brew of steaming negativity and self-centeredness. I was inheriting the residue from her problems, for they were sticking to me like molasses. Her chaotic eruptions were invading my head space to such a degree that I began to feel our time spent together created a dark cloud looming above my head long after we parted ways.

She began sending random text messages marked "emergency" or "call me asap." I'd step away from shopping ventures and relaxing dinners in a panic, worried she was either stranded or injured, only to be met with yet another overdramatized account of some meaningless saga.

Most days resembled a looping scene from either He's Just Not That Into You or an overdramatized Lifetime movie in which she played the unsuspecting villain. As often as I shined my flashlight on the "pause" button, accepting her requests that I help show her a better way, she seemed addicted to her episodes of heartache and destruction. It was like turning page after page of a fabricated gossip magazine. It was easy to become curious enough to want to take a peak inside, but after reading a few lines, my inner dialogue always became, "What am I doing wasting my time with this annoying nonsense?"

I began to feel as though I was swimming around in murky waters with her, and I was ready to relinquish my pleas that we both return safely to shore. In fact, I began considering that I should leave her alone to swim in circles if she was so adamant about choking on the swamp water.

Everyone else in her life was always the "crazy" one, the "fake" one, or the "promiscuous" one. She, however, was always the one who had been treated unjustly or taken for granted. I had never encountered such narcissism. It didn't matter who was married, who was committed, whose reputation was at stake, who was at risk of being embarrassed or whose trust she had earned, for each time I peeled back the layers to reveal the root, it was clear that every solitary decision was made to suit her desires.

I became determined to set boundaries, resigning to cultivate a friendship with a more "arms length" type of interaction. Still, every time I attempted such, she'd douse me with her apologies, flattery and syrupy sweetness. There were always sob stories, lengthy confessions in regards to her insecurities and pleading apologies which provoked feelings of compassion within me.

Sadly, though, despite her promises to improve herself as a person, she continued to return to being exactly who she had always been: A bed of roses, smiles and flattery when the lights were turned up and a pile of thorns, chaos and self-obsession when no one was watching.

I wanted to be as caring, compassionate, helpful and loyal as possible with every person in my life, but I realized that by doing so in that particular friendship, I had betrayed the person who was most deserving of my loyalty: Me.

Your Decisions Pave the Road to Your Reality 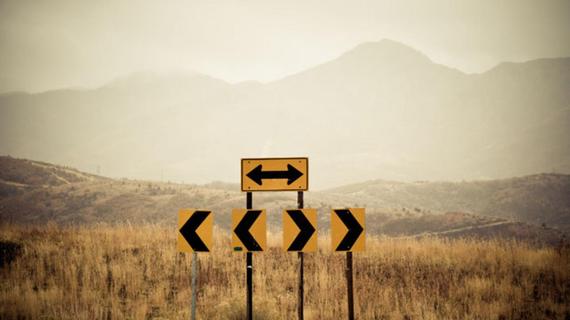 My seemingly innocent acceptance to join someone for lunch eventually led to a friendship which had begun creating a ripple effect of disruption and stress in other areas of my life. Such story is a small example in comparison to other events in my life which have impacted me, but the point is this: I had encountered flashes of her self-centeredness and negativity from the beginning, but had opted not to consider that those flashes made up an entire painfully dramatic movie I would not enjoy participating in.

As a result, I had left my door ajar and had, therefore, inadvertently invited negativity into my life. It often begins this way; not consciously, but rather one compromise at a time. Regardless, I had to own every choice I'd made along the way.

My father has long advised me, "Stay away from the line, Lacey." In other words, refrain from making decisions your inner wisdom knows is risky. Be aware that your choices always present you with more choices, which eventually become your life. 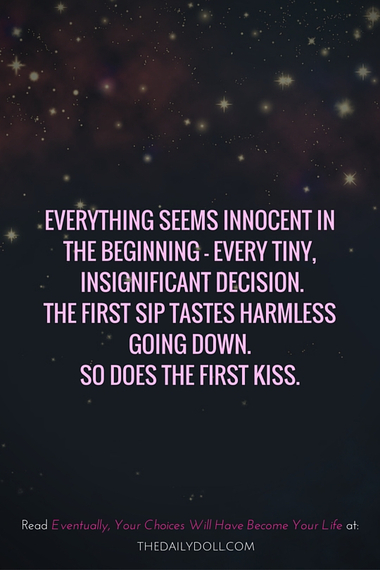 It's easy to observe others from a distance and say, "I would never do that..." or "I would never allow myself to be in that situation." I'm quite sure, though, that there are countless drug addicts, battered women and business failures who once felt they "would never" find themselves in such a state. The reality is likely that they each made one tiny compromise at a time, which eventually paved the road to their misfortune.

Few things in life are immune to being stripped of their innocence. This is why is it important to stay conscious. There is always the propensity for something small to evolve into something monstrous. Everything matters -- every brick you lay, every promise you do or do not keep, every opportunity you either accept or decline and every encounter you invite into your life.

Everything we allow into our world infects us with something; It may be lovely, entertaining, heart-breaking or money-making, but there will always be something.

Don't ignore the red flags. Don't dismiss your gut instincts. Make every decision with the awareness that it will lead you to your next, for your decisions become your life.

The original and extended version of this article by Lacey Johnson was published on The Daily Doll.

If you're an iphone user, read this and other beauty, wellness and personal growth articles on The Daily Doll app!