The Supreme Court heard oral arguments last Tuesday in Evenwel v. Abbott, a case that has huge implications for who has a voice in our democracy.

The Evenwel plaintiffs call on the Supreme Court to re-think our entire system of representative democracy. They want Texas and other states to draw districts that are based on a narrow view of who should be represented -only voters or people eligible to be voters- but certainly not all Americans. This would exclude millions of people from our democracy-young people, new Americans, and people who are not registered to vote. 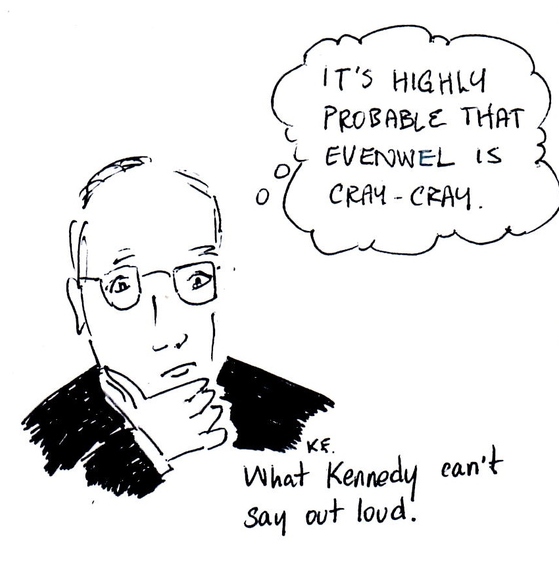 Since the time of the Founding Fathers, people have debated who America's representative democracy should represent. It was a pretty radical idea for American colonists to advance the idea that those who were elected to our government should represent all of We the People.
To make it possible for We the People to be represented fairly, we conduct a Census every 10 years. Every woman, man and child residing in the United States is counted. Not just voters. Not just those owning land. Not just those over a certain age. Everyone.

At the founding of the country, non-voters included African slaves, women, children and anyone who did not own land. Nonetheless, we counted every person living in the U.S., not just voters, for reapportionment and redistricting purposes then and we continue to do so. Why do we count everyone?

Grounded in our notion of a representative democracy are three basic ideas. First, when the government spends tax dollars (to pave roads, build schools, or provide services), we need to know where people live so we can distribute these dollars in a relatively fair way.

"We do not check if somebody is a registered voter before we address a pothole in front of their house. We do not care whether somebody is a citizen in meeting our obligation to provide them with clean and safe drinking water, and we certainly do not screen for whether somebody is old enough to vote before sending police and fire personnel to handle their 9-1-1 call. We regard every person, whether they voted or not, whether they are citizens or not, to be people of concern to the government."

Finally, every person living in the United States is subject to our laws regardless of their ability to vote. The legitimacy of our democratic system requires giving all people equal representation because of their equal responsibility to abide by the federal, state, and local laws that govern our daily lives.

Sue Evenwel is asking the Supreme Court to throw the Constitution's protection of an inclusive, representative democracy out the window. She wants state districts to be drawn using voters only, or some definition of people who are eligible.

As the L.A. Times describes it, Evenwel's legal theory is "ingenious." Perhaps, evil genius is more like it. In Los Angeles, a city of nearly 4 million, that would erase the representation at the state capitol of 45% of the population -- almost 2 million people - who are under the age of 18, or are not citizens, or are simply not registered to vote. The Brennan Center reports that

"[e]very state legislative map in the country would become presumptively unconstitutional under Equal Protection principles and would need to be redrawn."

Alternatively, Evenwel suggests states could just draw legislative districts so that each has an equal number of people and an equal number of voters compared to the next. After a round of questioning, however, Evenwel does not seem to have convinced 5 justices that these approaches of limited democracy could work in real life.

Based on the questions in oral arguments, there are clearly four justices who appear troubled by Evenwel's theory of limited democracy: Breyer, Ginsburg, Kagan, and Sotomayor. Four others appeared at least somewhat sympathetic to Evenwel: Roberts, Scalia, Thomas and Alito.
That leaves Justice Anthony Kennedy.

Defending the State of Texas and its choice of using the Census count of all people to draw state legislative districts was Texas Solicitor General Scott Keller, who once clerked for Justice Kennedy. An exchange between Keller and Justice Kennedy gives me a glimmer of hope the justices might see how unworkable Evenwel's scheme is.

"If the Court were to try to go down the road of requiring States to equalize within 10 percent of a deviation, both total and voter population, States would inevitably have to disregard many other traditional redistricting factors, like compactness, contiguity, keeping communities together. And that would be the opposite of what the Court has said the States have in this context, which is the leeway to structure their elections as part of the core function of their sovereignty."
Justice Kennedy, rubbing his chin, said: "That sounds highly probable to me."

Kennedy appeared to be very concerned with the real world impact of Evenwel's approach. He cares about district lines being drawn fairly and state efforts to create rational criteria for how those lines should be drawn. (After all, he joined with Ginsburg to issue the majority opinion in Arizona Legislature v. Arizona Independent Redistricting Commission to uphold the right of the People to craft innovative approaches - aka citizen commissions - to address the problem of unfair districts being drawn by legislatures).

I am rooting for Justice Kennedy to vote for We the People.

Stay tuned - the decision will come out sometime in the spring.

Common Cause filed an amicus brief in Evenwel v. Abbott arguing the constitutional underpinnings of an inclusive representative democracy, and helped pull together an amicus from 19 cities, towns and counties across the country (from Los Angeles to Salt Lake City to Dayton) to challenge Evenwel's scheme of erasing millions of people from representation.