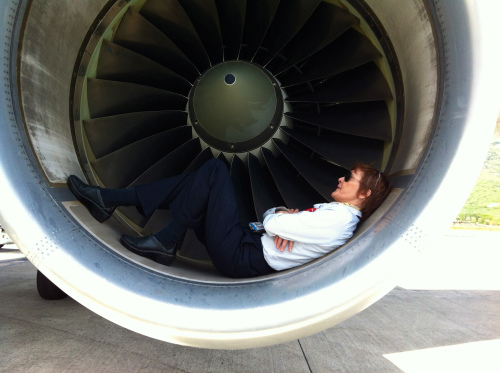 Many people have asked me to write about the crash of Asiana Flight #214 in San Francisco. My 26 years of experience in the industry has prompted many questions about the crash from a flight attendant's point of view. 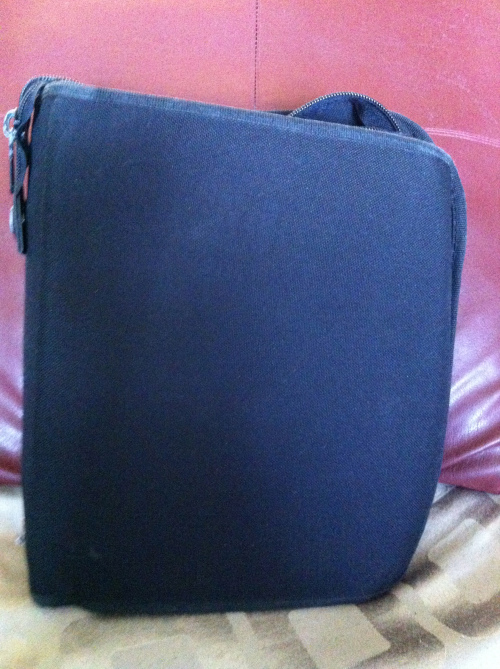 One of the questions had to do with our training. What exactly are we trained to do? It's a pretty long list, actually. And the list of what we are trained for and what we can be asked to respond to can be found in the Flight Manual pictured above. Here is what is inside that manual cover: 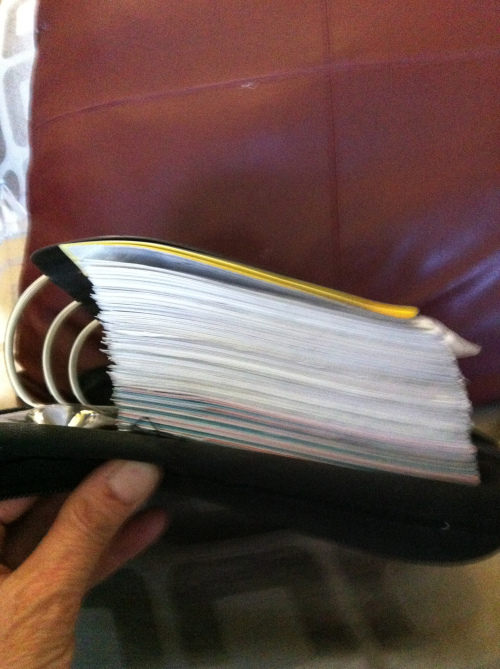 That's a lot of ground. Some of the things we are trained to handle are medical emergencies, Ditching (evacuating in water), volatile fuel threats and fires, evacuations, blocked exit procedures, decompressions, life raft procedures, and malfunctions.

We have to know how to deal with armed passengers, armed officers escorting prisoners, deportees, and hostile passengers. 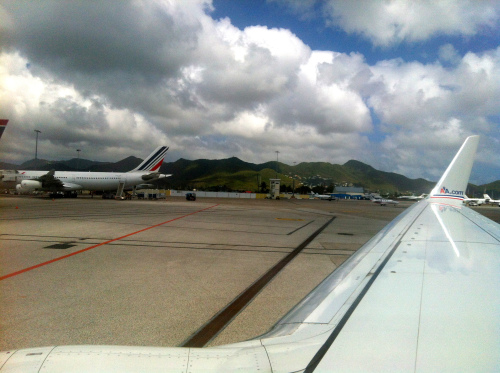 We are well trained in the use of emergency equipment such as halon fire extinguishers, solid state oxygen units, cold weather survival equipment, automatic external defibrillators, the first aid kit, the pocket mask for mouth-to-mouth resuscitation, life rafts, and the emergency locater transmitter. Not only that, but we also have to know where every piece of this equipment is on every airplane we're qualified on. I'm currently qualified on five types of aircraft, but each type has different models and configurations, so we have to know the quirks of where they put the equipment on each configuration of each aircraft.

We have to know a myriad of security procedures, sabotage procedures, how to put out a high energy battery fire if someone's laptop ignites, unauthorized evacuation procedures, (if a passenger pops a slide on the ground) how to handle an Arctic landing, and inadvertent oxygen mask drops. This is just the tip of the iceberg of stuff we have to know. Look at the size of the manual. We have to know this stuff. And we get updates, revisions and bulletins every few weeks when stuff changes. So in actuality, we're retraining all of the time. 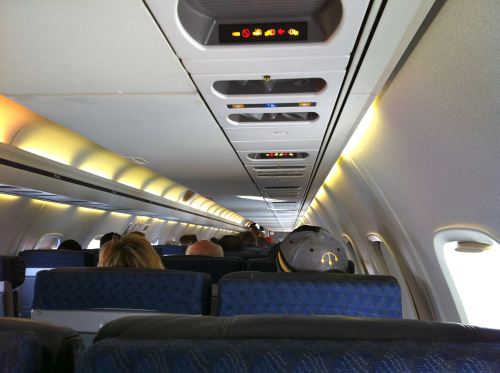 Sometimes this knowledge and equipment helps us out tremendously in an emergency. There are those times, however, when all bets are off and you have to make it up as you go along. Usually, these are cases when there is no procedure in place when something occurs. The FAA and the Airlines can't think of every possible scenario. Usually in these cases, the flight attendants end up creating a policy or procedure that eventually is put in place by the airlines or by the FAA. 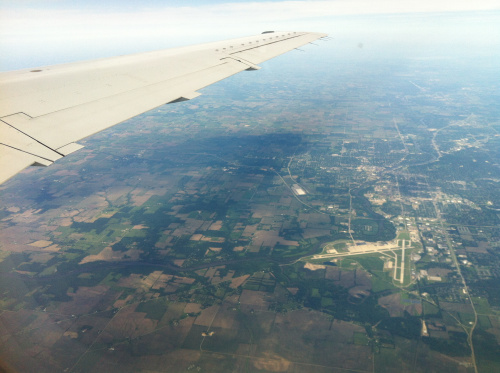 There's only so much training you can get before you run into something that has never happened before. So trust me when I tell you that there's a lot more to this career than slinging orange juice and telling people to turn off their cell phone. A lot more. The thing is, you just don't see it. As I said to someone on Facebook, if you saw what was covered in my manual, you'd freak.

For instance, on Flight #214, two of the slides deployed inside the aircraft, which is really not where you want them to be, obviously. They malfunctioned and pinned two of the flight attendants underneath. I can tell you this. There is no procedure for this, at least at my company. So the other flight attendants used axes to deflate the slides and get those pinned flight attendants out from under the inflated slides. And it probably wasn't easy. Those slides are big and really heavy. Let me put it this way: I don't think a salad fork would do the trick. 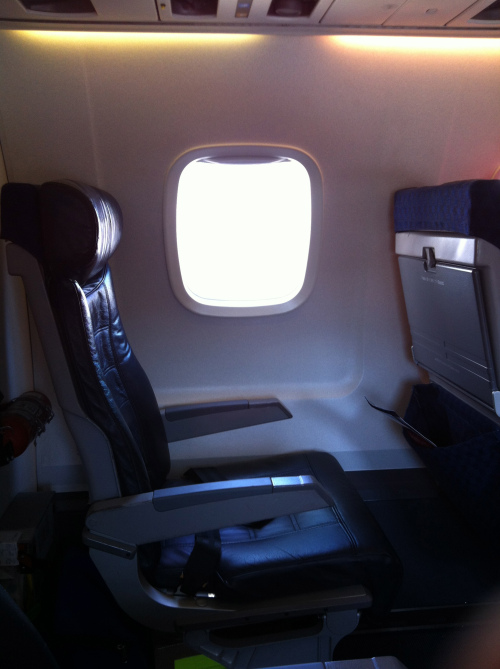 It was a bad accident and I'm happy, yet amazed that only two people lost their lives. The tail being sheared off by hitting the sea wall most likely severed a lot of wiring. Between that and the fuel onboard, you had the perfect mix for a nice campfire right there in coach. From what I'm able to ascertain from the video I saw of the crash, the pilot was coming in too low and too slow and apparently attempted to abort the landing and he pulled up on the controls to raise the nose. This cocked the angle of the plane down in the back and the wall sheared off the tail. 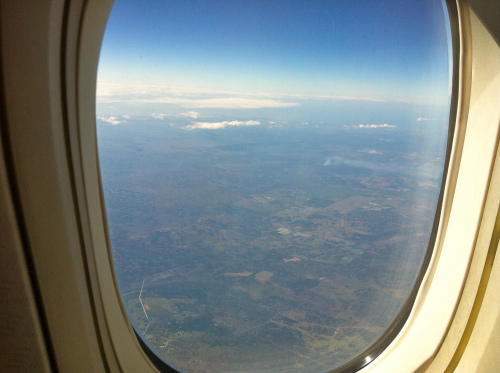 I've been in airplanes that have aborted both takeoffs and landings. They aren't fun. I've seen a lot of things happen on flights that you wouldn't believe. But until you experience it, you really never see flight attendants in action. And you probably never want to see what we are trained to do. What bothered me the most about the reporting was that former DOT Inspector General, Mary Schiavo credited the pilots for opening the exits. She said, and I quote: "You have to push a button in the cockpit. You have to actually activate the emergency exit. And in many cases, that never comes, and it's passengers who get up and say, I'm going to get myself out of here, and I'm going to save several people. 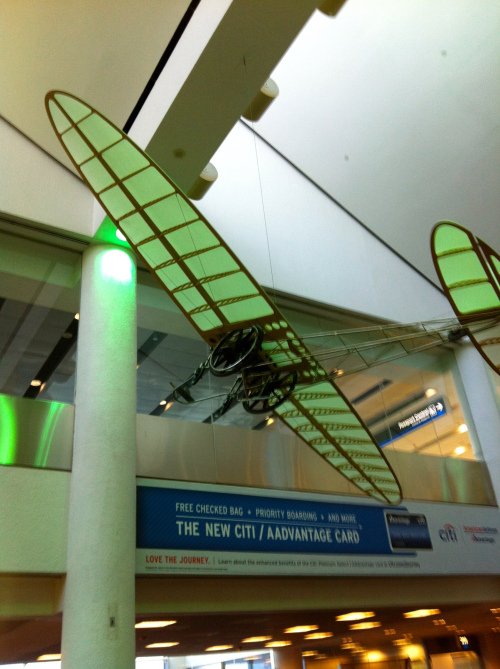 I think this is a crock of complete crap. And it was a real "douche canoe" statement to make. The pilots do not activate the doors or the slides. The flight attendants do that after visually assessing what's happening outside the aircraft in that area of the aircraft and ensuring there's no fire. The pilots don't have rearview mirrors and have no idea what's actually going on behind them. There are no "buttons" in the cockpit to activate the slides or open the doors. I really would expect that Ms. Schiavo would know this. Every day I see people who can't open a damned bathroom door. They try to open the lav door using the ashtray mounted on the wall. So can passengers actually open the doors? Yes, they can. But flight attendants are seated next to the doors and usually take care of that.

And I'm getting real tired of the media and the press being a day late and a dollar short with crediting flight attendants for what they do. This flight crew did an absolutely amazing job with this accident and they are indeed heroes. And finally, in the last day or so, they are beginning to get credit for for actions. I do see some good coming out of this. People are going to begin to pay attention to the safety video and read the safety card in the seat back pocket. They're going to be a tad more respectful. They're going to say "Please" and "Thank you." For about two weeks. 9/11 got them paying attention for about a month and a half. People actually thanked us for coming to work when we got flights back in the air five days later. Forgive my cynicism, but that's the nature of the beast. People want to forget. They simply don't want to think about these things. And I don't blame them. But I have to. And I do it every day.

So you see, we are indeed "bridesmaids" and never the bride. Why? Because nobody, and I mean nobody ever wants to see what pilots and flight attendants are actually paid to do and to know. Do you really want to be there and see how damned fast I can evacuate a 757-2R exit? Do you really want to see me help deliver a baby at 35,000 feet? (And yes, I did.) Do you want to see me on the floor applying shock pads of the automatic external defibrillators to a guy dying of a heart attack? (Yup. Been there too.) Do you want to see pilots bring in a DC10 with absolutely no flight controls? Well, they did. They did it here:

And if you think landing in water is unlikely, it usually is. Yet it is indeed survivable. "Sully" did it here. And the flight attendants evacuated the plane right in the middle of the Hudson River:

185 survived that horrific crash in Sioux City. Considering the circumstances, that's pretty damned good. And every passenger survived the "Miracle on the Hudson" flight.
My hope for the future of air travel is that people get their crap together and start flying responsibly. Wear long pants, a long sleeved shirt and closed-toe shoes. Count the seat backs to your nearest exit. Pay attention to the safety video. Read the damned safety card so you have an idea what you're doing. And for God's sake, listen to us.