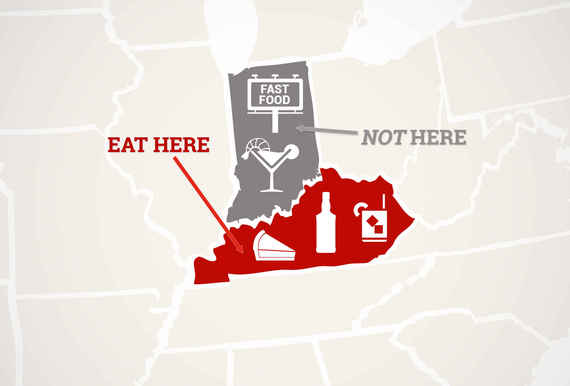 During America Week, a parlor game emerged among our editors, in which we discussed what state we'd want to eat and drink in for the rest of our lives if we couldn't move anywhere else. And, in order to prove each other wrong, we began to research, then really research, and then began to get deep into some weird food forums, and, at the end of it all, we realized we needed to do the most research possible and turn this into a story.

So here is what we did: we ranked states by the food/drink available in that state, focusing on four key questions: 1) What did they produce (beef, oranges, ugh, sorghum?), 2) What iconic items were they known for (key lime pie? onion burgers?), 3) What is their beer/wine/spirits production like (great breweries/wineries?), and finally 4) What is the food/drink scene like in their cities? Weighing all those factors, here is our by-no-means-scientific ranking. If you disagree and want to tell us how stupid our faces are, well, that's what Internet commenting forums are all about:

50. South Dakota
When you Google "South Dakota and food," an image of a hungry child crying comes up, and then the computer goes black.

48. Utah
You pride yourself on your secret "fry sauce," which is just the same ketchup and mayo hybrid one finds at burger joints everywhere. But at least you have really arcane liquor laws!

47. Iowa
Your most iconic food is meat that a person was too lazy to pack together. 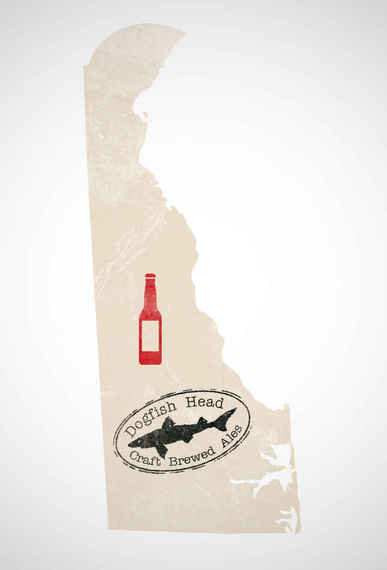 46. Delaware
Putting aside the false rumors that you actually have BLUE HENS, Dogfish Head is the only thing keeping you out of the Dakota zone.

45. West Virginia
Does moonshine count as food? No? Oh.

43. Nebraska
Your football team is named after corn preparation. So that's something?

42. New Hampshire
Everyone is too busy planning out which NASCAR T-shirt they're going to wear to vote in the primaries two years from now to cook... all those apples lying around rotting in their yards next to all those old Paul Tsongas campaign signs.

41. Indiana
Hoosiers pride themselves on a shrimp cocktail at this one steakhouse that has, like, really spicy cocktail sauce! Try the famous pork tenderloin sandwiches! Are you asleep yet? When you wake up, someone probably will have taken you to a [INSERT LITERALLY ANY FAST-FOOD CHAIN].

More: The unofficial comfort foods of every state in America 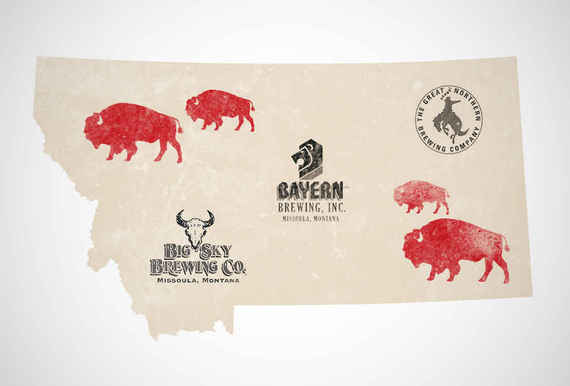 40. Montana
It has some sneakily good breweries and unfettered access to freshly ground bison meat. But still... Montana. A rich man's Wyoming, one might say.

39. Idaho
Have you ever bitten into a potato fresh out of the ground? Us neither, but it's probably better or something?

38. Alaska
When you're not eating wolves that Sarah Palin shot out of a helicopter, we will admit that your fresh salmon and crab legs are not without their charms.

37. Arkansas
If someone in South Dakota moved here, they would be in foodie heaven. But Arkansas lacks the dominant iconic Southern foods of literally all their neighbors to the South. They do have pretty good cheese dip and possum pie, though.

36. Kansas
EDITOR'S NOTE: We have made the grave error of suggesting that Oklahoma Joe's is in Missouri and not Kansas, and we apologize. YOU HAVE GREAT BBQ! YOU'RE BACK, KANSAS.

35. Rhode Island
You've got frozen lemonade, grilled pizzas, serviceable Italian food, and Narragansett. Which would be fine, if you didn't also have the worst of all styles of clam chowder.

34. Arizona
Allegedly inventing the chimichanga and deciding to deep-fry a burrito definitely counts for something. Phoenix has AT LEAST one solid restaurant amidst all the chains (Pizzeria Bianco!). If you happen to be a minority, drop Arizona 13 spots. 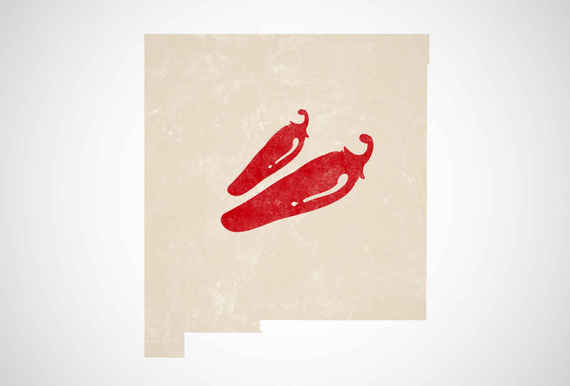 33. New Mexico
We don't blame you for putting that green chile all over everything: it's quite tasty, but that's only going to take you so far, friends.

32. Virginia
Virginia is for lovers, country ham aficionados, and wishing that BBQ you're eating had come from North Carolina.

31. Connecticut
If you didn't have one incredible pizza town, a corridor of somewhat adorable steamed cheeseburger joints, and pretty good Jamaican food in Hartford, you -- like Darien-native Topher Grace -- would be, AT BEST, in the middle 30s.

30. Nevada
On the one hand, you have Las Vegas, in which every single food and drink that Bacchus could ever imagine is available, thanks to its status as Famous Chef Heaven, a place where well-known chefs inevitably go once their aversion to selling out has died. On the other hand, like the chefs themselves, all that food/booze is flown in from Not-Nevada. Sorry, Carrot Top.

29. Oklahoma
You can spend a lot of time on food sites reading about people debating Oklahoma's signature dish. Is it the onion burger? BBQ? Fried catfish? Or what? And just the fact that people aren't quite sure (look, it is the damn onion burger, okay?!), is enough to keep OK from moving anywhere farther down the road. Also, don't you think it's saying something that Oklahoma Joe's isn't actually in Oklahoma?

28. Ohio
Birthplace of Wendy's and corporate home of White Castle! Now that's a double threat. Other than that, you've got a rather questionable style of chili and several restaurants from Iron Chef Michael Symon (also host of ABC's The Chew!). Also noteworthy: Cleveland has some serious beer game, and the state turns out some impressive ice cream from the likes of Jeni's and Graeter's.

27. Vermont
If the goal of life was to eat cheddar cheese and maple syrup while drinking delicious craft beers that kind of taste like apricots, Vermont would be number one. But since the goal of life is actually to acquire a reality television show and then your own line of stylish, yet practical dish towels, Vermont is only 27.

26. New Jersey
Despite all the negative PR brought on by its citizenry, New Jersey is actually something of a poor man's New York, particularly when it comes to Italian food. Which trumps being a poor man's Wyoming.

See how the other 25 states ranked -- including which state is #1 for food/drink -- all on Thrillist.com!

The single best item at every US fast-food chain