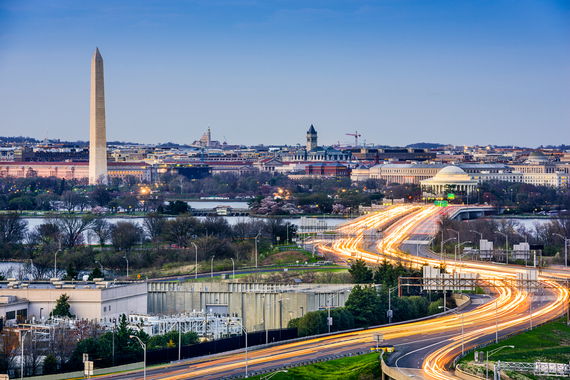 Washington, D.C. Mayor Muriel Bowser recently announced the locations for eight new homeless shelters, one for every ward in the district. These new shelters are slated to replace D.C. General, the former hospital turned mega shelter that, along with a network of motels, currently houses all of the district's homeless families. D.C. General has a number of problems and most district residents agree that it has to come down. But the mayor's plan to replace it with new shelters across the city is quite bold.

It took me a while to come around to the idea. Placing a new homeless shelter in every ward, especially in places where real estate is extremely expensive, just didn't seem to make economic sense. For example, one of the shelters will share a block with single family homes worth over a million dollars each. Wouldn't it be better to add shelters where land is cheaper and use the savings to help additional families? I immediately started brainstorming workarounds to the mayor's plan, such as letting each ward trade away its shelter obligation by offering cash to another ward.

But then I started thinking differently. Homelessness isn't just a math problem to solve at the lowest possible price. The people who experience homelessness are assets to the city and must be treated like it. In fact, at the mayor's meeting to announce the shelter locations, many ward leaders agreed—they did not see the shelters as a punishment to be shared equally, but rather, as an opportunity to help their new neighbors succeed.

And this is the beauty of the plan. Perhaps the reason D.C. General failed was because it was out of sight for most D.C. residents. The only time district residents heard about the shelter was during the winter when record-breaking numbers of people were guaranteed access and all of the problems came to light. It's hard to imagine that smaller shelters placed in neighborhoods enthusiastic to support them (or at least afraid of declining property values if they are neglected) will suffer the same fate.

This doesn't mean that the mayor's plan will go smoothly. While many community voices are promising support, some opposition has formed. And even if the shelters go up as scheduled, it's hard to believe that shelter rolls will fall to the point where D.C. General can be closed without continuing to rely extensively on motels. The fact is that D.C. is one of the few places in the country that has a legal obligation to shelter all residents in need. In most cities, relatives will usually take in families who otherwise face a real possibility of sleeping on the streets. In D.C., relatives know that shelter and housing subsidies are available if they part ways with their kin.

The mayor's solution is to bring the shelter rolls down by rehousing people more quickly. But it's not clear that this will substantially reduce the shelter population in the long run. When newer, more humane shelters go up, and the wait time to get rehoused falls, more poor families are bound to seek shelter in the first place. All this adds up to a continual need for a big shelter system and increased investment in housing subsidies.

I don't have all of the solutions. But bringing a shelter to every ward in D.C. can be the first step in a positive direction. The already vocalized support for helping families succeed can be embraced. Rather than treating homeless families as burdens to process, they can be treated as real, albeit temporary, neighbors. Community members might offer resume workshops or even job connections to homeless parents; local neighborhoods could actively invite homeless children to kid-friendly events. At the same time, more could be asked of the families receiving shelter. When appropriate, they could be asked to pay a percentage of their income for shelter stays and face strengthened expectations for seeking and maintaining work.

The days of "out of sight, out of mind" are coming to an end for homeless families in the nation's capital. With her bold plan, the mayor is bringing an overdue conversation to every ward in the district about how we can lift up those being left behind.