The Nasdaq hit at a 15-year high on Thursday, fueling fresh speculation that the stock market is experiencing another dot-com bubble like the one of the 1990s that could burst at any time.

“You’re definitely in a very significant boom period,” the bespectacled managing director of the Boston-based VC firm Cue Ball Capital told The Huffington Post on Thursday. “But you’re not in a bubble.”

To be sure, Tjan has skin in the game. Cue Ball Capital's portfolio is filled with tech companies, including the commenting service Livefyre, legal data firm Lex Machina and the real estate analytics site SmartZip.

It is tempting for financial pundits to compare today’s market to that of 2000, when the dot-com bubble burst, sending stock prices plummeting and closing down some prominent early Internet companies, such as pet supply site Pets.com, web hosting service GeoCities and plaything retailer eToys.com

Back then, the ratio of a companies' stock price to earnings soared on sheer speculation that growth would continue -- but investors ignored P/E ratio as a usual metric of a company’s financial health.

“It’s high, but it’s a fraction of what that [was],” Tjan said of ratios today.

When it came to initial public offerings back in 2000, Wall Street was so confident in the future success of unproven companies, that 80 percent of firms that went public in 2000 didn’t even turn profits, according to CNN Money. There are companies with frothy valuations, but fewer and fewer are going public. To the extent that there is a new tech boom, it's among private companies, not those listed on the Nasdaq. 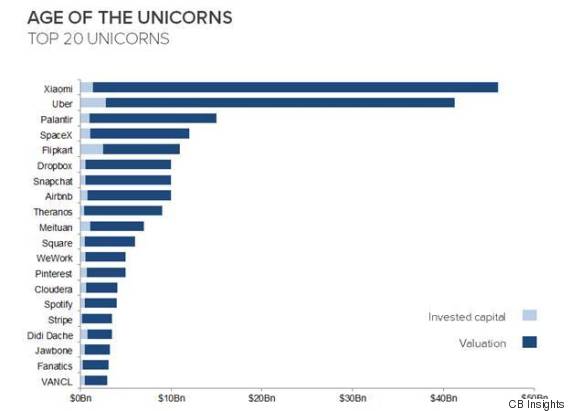 Today, the global market has more than 20 so-called “unicorns” -- venture capital-backed companies valued at over $1 billion -- including Uber, Chinese cellphone maker Xiaomi and the ephemeral messaging app Snapchat, according to Cue Ball. But none of these has gone public. And the rate of IPOs is far lower. In 2000, 446 companies went public, compared to 275 last year. So far this year, 45 companies have gone public, according to the market research firm Renaissance Capital.

Eventually, some of these companies will likely see their values drop as a natural part of the market correction, Tjan said.

“There are ones that will be significantly corrected or go out of business,” he said. “But I don’t think it’s nearly the same.”

Perhaps the biggest difference between 2000 and now is that most companies today build business models off actual necessities, not just “bets on novelty,” Tjan said.

“Back then, you’d have companies trying to do everything as crazy as sell 99-cent pet food in a $20 FedEx box and think that was a good business,” he said with a laugh. “You have a greater rationality and maturation of the business models, and a greater understanding of what’s going on.”