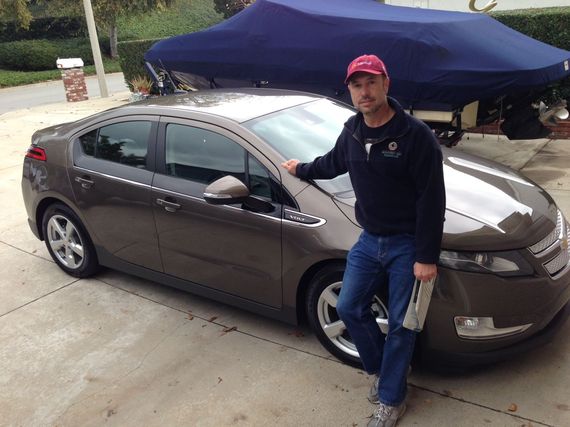 My academic research focuses on how government influences the environment in which new industries emerge. Specifically, I study "New Space", the entrepreneurial organizations seeking to replace the old governmental "space program" with a commercial market. Elon Musk's SpaceX is the dominant New Space firm and the most reliable supplier of cargo services for the International Space Station, the fastest growing commercial launch provider, and has just been certified to launch U.S. military satellites. In his spare time, Mr. Musk has built the Tesla brand into the world's most desired automobile and contributed to Solar City a fast growing solar installer. From my perspective as a business professor, taxpayer and entrepreneur this seems to be an amazing record. So, why does Mr. Musk face a constant stream of vitriol over his relationship with the government? A recent attack piece by Jerry Hirsch in the L.A. Times opined that Mr. Musk's firms had benefited from $4.9 billion in various governmental subsidies.

I attribute most of this to "Damn Yankees Syndrome", which is the inevitable public manifestation of petty resentment heaped upon any big winner. Microsoft went through it during its heyday and Apple and Google have been getting it lately. However, the carping does raise legitimate questions about the role of government. Firstly, is it appropriate for a businessperson to solicit and accept governmental support or take on the government as a paying client? Secondly, is it good policy for the government to invest in the development of new industries? Thirdly, can a firm that has started out dependent on governmental largesse really succeed in the long run?

The first question should be a no-brainer. Any CEO that leaves billions in revenue or millions in needed capital on the table would be rightfully voted out by his or her shareholders. That said; let's compare Mr. Musk with his "free market" competitors.

In the space business SpaceX is facing Boeing and Lockheed Martin in the guise of United Launch Alliance, which was established by a government-mandated merger of their legacy Delta and Atlas launch programs. Those pioneering rockets were developed back in the 1960s with massive federal funding and ULA was endowed with a juicy monopoly on the military launch business. It's impossible to separate these archetypes of the Military-Industrial-Complex from the teat of big government, which has fed them $trillions. Hundreds of times more money than SpaceX has ever seen.

On the electric car front, the Chevy Volt is the most significant U.S. competitor to Musk's Tesla Model S. I drive a Volt, because I'm too cheap to buy the Tesla I really want and it came with the same subsidies: $7,500 off my federal taxes and $2,500 state. Thank you, Chevy-subsidizing taxpayers! Those Chevy subsidies were more than a quarter of my purchase price, whereas for the pricey Model S it would've been a much less compelling tenth.

Meanwhile, Volt was developed during Uncle Sam's bailout of "Government Motors" with $30 billion. That's more than six times the number that got Mr. Hirsch so worked up! Though GM touts that they've "repaid" the government, Treasury reports that the government lost more than $11 billion on that dubious deal. And what did GM do with your money? They closed American factories, laid off thousands, screwed their salaried employees out of retirements, invested in new facilities in China and sponsored a big celebration of the Communism. Meanwhile Tesla and SpaceX simply created thousands of high value American manufacturing jobs.

Solar City benefits from the same state and federal subsidies all other solar firms get. It simply appears to be better managed. I personally chose a different vendor to avoid Chinese made panels, which was all that Solar City offered me at the time. I'd prefer the U.S. government showed a preference to domestic products and I'm happy to hear Solar City is building a plant in New York. Another point for Elon.

As to whether backing industries is ever good policy let's consider the space business. Goddard's original liquid fueled rocket experiments were funded by a Smithsonian grant. Every production launch system since then has been government funded. Other significant industries built on government subsidies include: railroads, electric utilities, nuclear power, telecommunications and aviation. The best example is the Internet, which was developed as a military project and then supported by the National Science Foundation. A bipartisan effort of the Clinton administration and the Gingrich Congress subsidized Internet startups several ways including the abolition of state sales taxes on their transactions. There would be no Amazon.com as we know it today without that huge subsidy and consequently no Jeff Bezos backed Blue Origin space launch company either.

Firm survival after government investment offers a mixed record. Failures include the infamous Solyndra debacle, though the requiem for solar power still hasn't been written. America's space investment has paid back in spades. The Global Positioning System (GPS) alone returns billions back to the U.S. economy each year in the form of logistical efficiency gains and fuel savings. A Motorola study estimated $52 billion from just the U.S. long haul trucking fleet, a number that exceeds the combined NASA and military space budgets.

I suspect that governmental success in backing new industries beats the 1 in 10 rule-of-thumb that Silicon Valley venture capitalists favor. Major investments by private investors including Google and Fidelity into his businesses validate Washington's judgment on Musk. The biggest problem is really that government doesn't know when to wean mature firms off of subsidies. Musk's fat-cat competitors are a perfect example of this dependency problem. SpaceX and Tesla are actually forcing these dinosaurs to get competitive.

The most polite response I can offer to the critics is: Get over it. Find something more productive to do than condemning success. If you insist on continuing to carp, do your research first and hit the right targets. Otherwise you will continue to sound jealous and misinformed.

Greg Autry teaches technology entrepreneurship at The Lloyd Greif Center for Entrepreneurial Studies in the Marshall School of Business at the University of Southern California. He co-authored a report for the FAA Offices of Commercial Space Transportation entitled An Analysis of the Competitive Advantage of the United States of America in Commercial Human Orbital Spaceflight Markets. You can find him on Facebook.