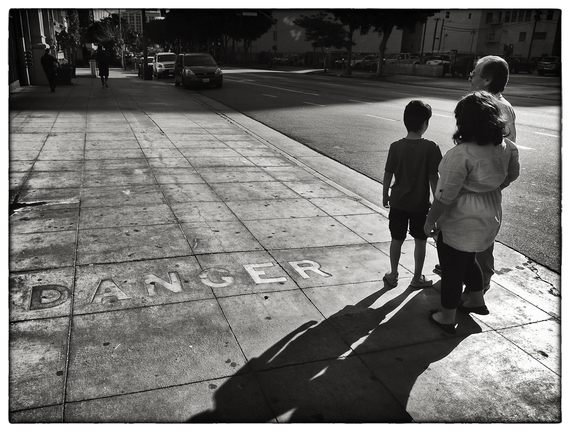 Born in 1958, Michael Dressel grew up behind the Iron Curtain in East Berlin obsessed with film and desiring to be a painter. In attempting to escape the Worker's Paradise he was captured climbing the wall and spent two years in a Stasi prison, years he calls "the most awful, important and formative" of his life. In 1986 he washed ashore in Los Angeles where he has spent thirty years editing sound for movies. Michael Dressel never stopped making visual art, and recently took time to answer a few questions about his new photographs. 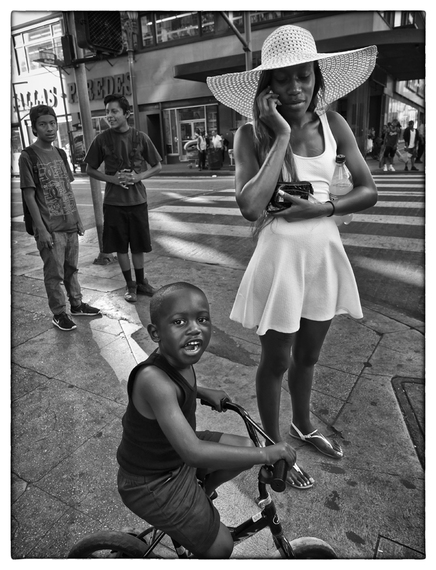 All photos this page copyright Michael Dressel. This one 2015 in Los Angeles.

FSH: The recent photographs I've seen of yours capture people 'in the moment,' going through their daily lives. They are profoundly human and remarkable because their moment seems so fleeting. When you go out do you have a camera constantly before your eye?

MD: Sometimes I say jokingly "I am a camera." Even without carrying one, I'm constantly scanning my surroundings for constellations that make meaningful images. Jack Delano said, " What impels me to click the shutter is not what things look like, but what they mean." I feel just that. Cartier-Bresson talks about the "decisive moment." I'm striving to be ready for that moment and catch it. A whole archive of images, taken seconds after what I tried to capture had passed, proves the difficulty. This kind of photography forces me to be always aware and I see awareness as a key to experiences and joy in life. 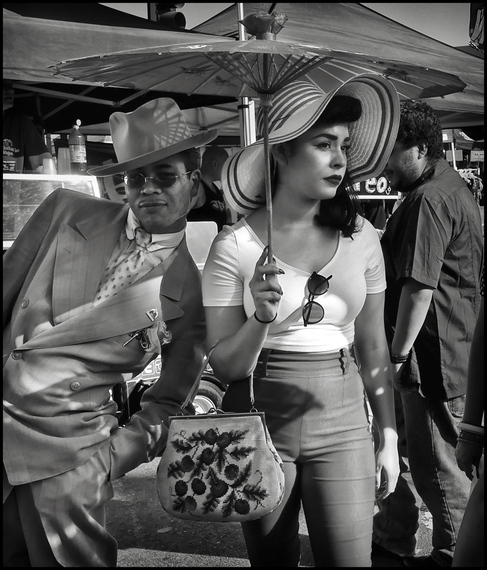 FSH: These works strike me as connecting to an earlier era of photography. How do past masters influence you?

MD: The more you work yourself the more you see in, and learn from, the work of others. I admire Edward Steichen, Lartigue and Cartier-Bresson. I keep looking at Crewdson's, Koudelka's and Rudi Meisel's work. Also Nachtwey, whose images are extremely painful and exhilarating but best enjoyed in small doses. One of my favorites is Tazio Secchiaroli. Fellini formed the main character of "La Dolce Vita" after him. His photos from the set of 8 ½ are some of my favorites ever. 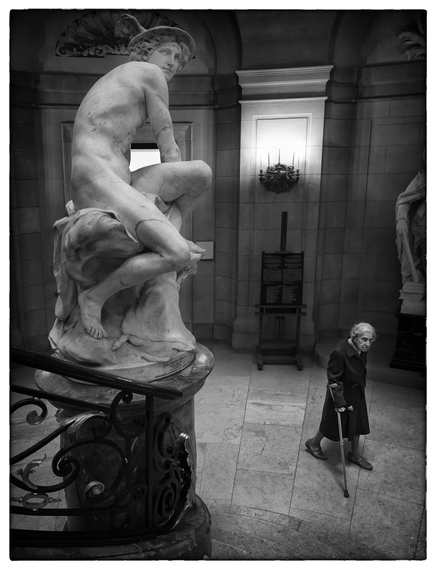 FSH: You are the product of two cultures, Berlin and Hollywood. What do each of these bring to your art?

MD: I spent my formative years in Berlin. German art is what I'm rooted in. Coming to LA at 27 felt like a great liberation, artistically. When I arrived, art didn't seem to matter here. Hollywood reigned supreme. Art was more of a New York thing. So I felt like I didn't have to live up to anything. I could just do whatever, because nobody cared anyway. The LA- Berlin theme is still a large part of my work. 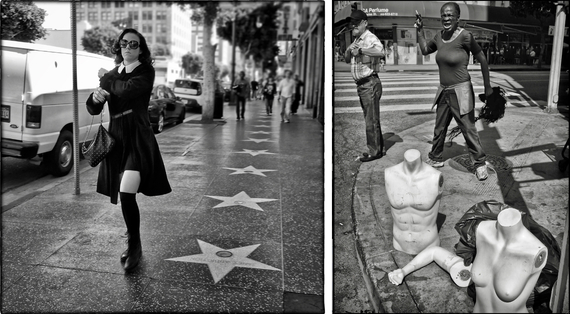 Both images shot in Los Angeles in 2015.

FSH: You've worked in Hollywood for years as a foley editor, with a list of films to your name that boggles the mind. Is there a connection between your sound work and photography?

MD: LA and Hollywood have been very good to me and I love them for it, warts and all. I got to work with great people on great films, including some of my early heroes like John Schlesinger the director of "The Loneliness of the Long Distance Runner" and "Day of the Locust." I'm especially proud of having worked on the last fourteen Clint Eastwood films. Quite a few films I worked on ended up winning Oscars and Golden Reels for the sound work we did on them. Hollywood didn't just provide me with a good living; it also opened the world of sound for me. I was always visually oriented and never thought I would end up making a living doing sound. 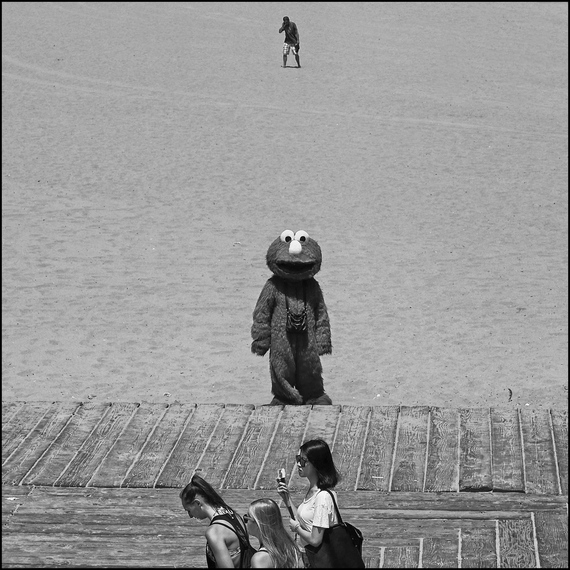 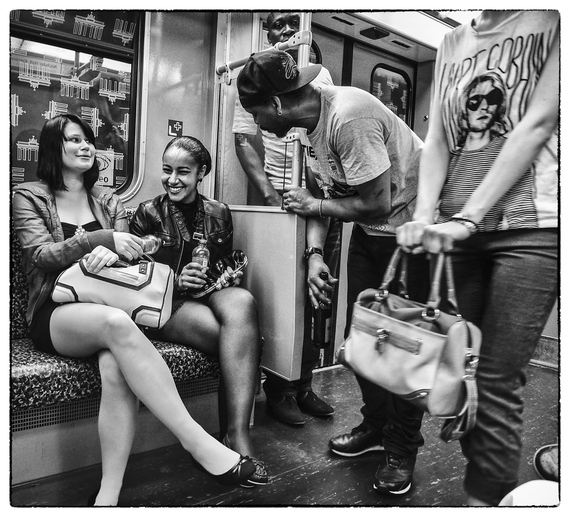 FSH: Some of your previous photographic work was elaborately staged and highly produced, whereas this work is shot in the world 'as is.' What provoked the change?

MD: Those staged works can be seen as my last attempts at painting. With the advent of digital photography I realized I could produce images that I didn't have the technical skills to do as paintings. Things changed once I realized how hard it is to shoot meaningful images of people in the real world. I felt inhibited to photograph people. It was hard to overcome this and develop an attitude that made possible the short but intimate encounter with strangers when photographing them. This challenge attracts me greatly because it goes way beyond photography. Every such encounter has the potential for friendly exchange or conflict. It is a fine line that requires tact and sensitivity toward the situation and the person. One learns a lot about oneself and others that way. Those images cannot be produced, only captured and you have to be there and be ready when the moment comes. I don't know who said it but I agree with the quote "What a good photographer needs more than a good camera is a good pair of shoes."

FSH: Do you think many contemporary photographers avoid empathy for aesthetic or stylistic purposes? Is there a downside to work connecting too well to other human beings?

MD: I think many aspiring and established artists are under pressure to produce work that is conforming to the art market in order to make a living. The market wants "New" and this kind of work has an old fashioned feel. Another problem is that this kind of work isn't easily produced. It is easier to come up with some conceptual gimmick that doesn't require skills and isn't as time consuming. 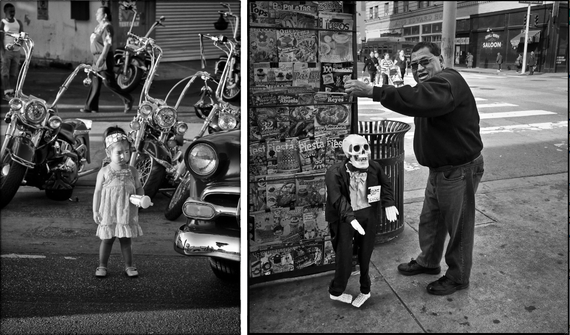 FSH: These images point to your great empathy towards your fellow humans, but also a wicked joy you take in pointing out their flaws or weaknesses. Is this an accurate reading?

MD: I always loved that Fellini could describe people in the most unflattering way without being condescending. It seemed he was laughing with us because deep down he knew he was as much a tragic joke as the rest of us. I wish to be like that. I do not have preconceived ideas about what I want to express. I am not religious or "spiritual." I could never even figure out what that is supposed to mean. But I do believe in magic. The magic that happens when I am pointing a camera at life and freeze a few hundredths of a second into an image. Afterwards that image turns into this thing that communicates what I think and feel about the world. This magic allows me to photograph myself into the world. 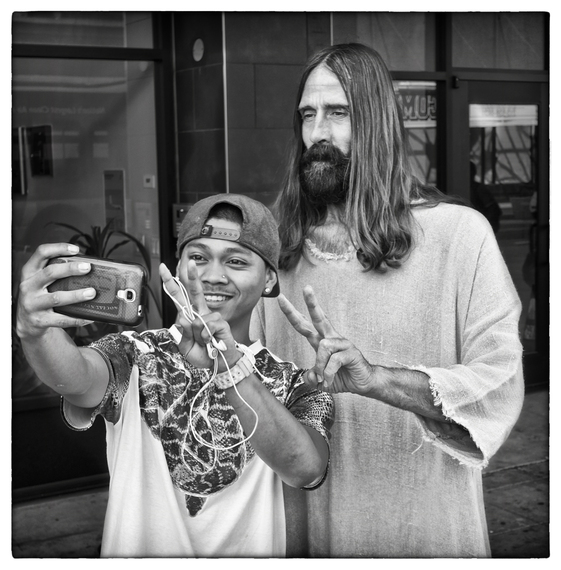 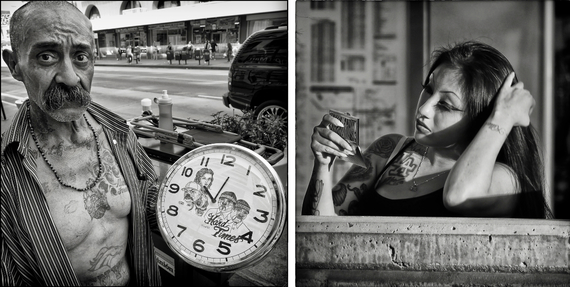 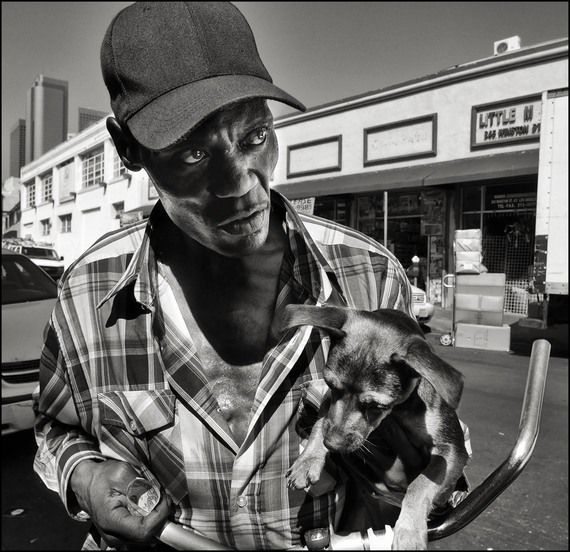 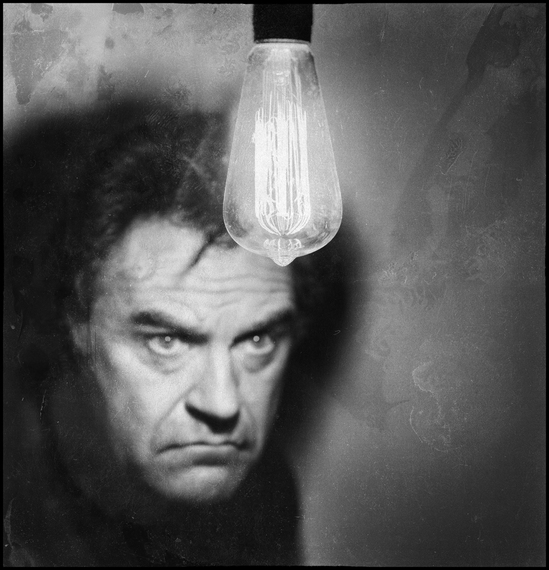