The number of children born in the U.S. continues to drop, confounding researchers and alarming those who worry about political and economic stability. Growing data points to economic and social forces ― from financial instability and precarious work-life balance to the lack of affordable childcare and other forms of material support for parents in the U.S. ― as a major reason people delay childbearing or don’t end up having their desired number of children.

A much-discussed recent survey conducted by Morning Consult for The New York Times, one of the most comprehensive of its kind, pointed to these kinds of concerns.

But less is known about people who tried to conceive children but couldn’t, either directly because of infertility or the inability to pay for fertility treatments. One thing, in particular, was left out of the survey about having fewer children: Most young adults don’t know the age fertility starts to significantly decline.

While no one has studied the extent to which unrealistic attitudes about fertility affect future childbearing, reproductive advocates agree that some people could be spared the heartbreak and expense of infertility treatments and unwanted childlessness if they knew more about the age at which it becomes significantly more difficult to conceive and give birth.

Survey after survey of college students in rich countries has shown that young people aren’t as aware that fertility begins to decline significantly after a certain age, and also tend to overestimate how effective fertility treatments like IVF can be to help struggling couples conceive.

The latest one, a survey of 1,215 university students in Australia, confirms this widespread rosy view of fertility rates and IVF success.

This desire to have children by a certain time frame, coupled with a lack of awareness about the age range of fertility decline, is “concerning,” said Dr. Eugenie Prior, who conducted the research while she was in her final year of medical school at the University of Melbourne.

And rather than place the burden solely on women’s shoulders, as most discourse around fertility and family planning tends to do, Prior pointed out that since there are limits to both male and female fertility, men and women should be equally informed.

“This highlights a need to educate all young people, not just women, about the limits of both female and male fertility,” she said. “The decision to have a child is usually a joint one, so we need to make sure all parties are well-informed.”

After 35 years, a woman’s risk of pregnancy loss ― an indication of egg quality and quantity ― rises sharply. From ages 30 to 34, the risk of a miscarriage is about 15 percent, while the risk from ages 35 to 39 years old jumps to 25 percent. By age 40, 51 percent of pregnancies will end in miscarriage. These numbers are based on a nationwide study of more than 630,000 women and their 1.2 million pregnancy outcomes in Denmark from 1978 to 1992.

“You could see somebody in their late 20s with diminished ovarian reserve, or there are women in their mid- to late 30s who are normally fertile, and have normal ovarian reserves,” he said.

Indeed, the most recent birth stats from the U.S. Centers for Disease Control and Prevention find that births among women ages 40 and older are on the rise.

But generally, Styer said, those aforementioned age ranges are when the chances of being able to conceive without assistance and have a live-born baby begin to go down. And that’s what reproductive endocrinologists generally tell patients.

Most students were realistic about the chance of a successful birth after a single cycle of IVF, but more than one-third of students did not know that IVF only results in a successful birth about 5 percent of the time in women ages 40 to 44, and less than 1 percent in women older than 44.

The Australian students fared far better than students in the U.S., who were asked similar questions in a 2012 survey. For instance, only 24 percent of American women correctly identified 35 to 39 as the age where female fertility declines, as opposed to Australia’s 46 percent.

This ignorance can have far-reaching and expensive consequences.

In addition to anecdotal reports of feeling “blindsided” about the reality of fertility decline, there’s data to indicate that some women feel a measure of regret after being confronted with the difficulty of conceiving after 35. A 2016 national survey of women of childbearing age in the U.S. without children found that 52 percent of women over 35 said they would have made different life choices if they had known about the potential for infertility at a younger age. Additionally, 89 percent of all women surveyed said that infertility should be brought up at OB/GYN check ups, while 79 percent said it should be taught in school sex education classes.

A smaller 2013 study of 61 fertility clinic patients who had their first child when they were over 40 years old found similar results. Almost half — 44 percent — reported being “shocked” or “alarmed” to find out that their understanding of the effect of age on fertility decline was wrong, which made 72 percent of them feel “lucky” that they had “beaten the odds” with the successful birth of their child. Finally, 23 percent of women said that if they had known more about what influences declining fertility, they would have tried to have a baby when they were younger.

To combat these feelings of regret, as well as help people create the families they want, infertility advocates around the world have launched efforts to make fertility education part of public school curriculum in general, but there doesn’t appear to be much interest in the idea — perhaps because it contrasts sharply with the standard emphasis on delaying pregnancy in an effort to bring rates of teen pregnancy down.

Beyond formal education about the realities of fertility, a more realistic conversation around celebrities’ childbearing decisions could help shed light on just how difficult it can be to conceive and give birth in midlife.

Increased media coverage of celebrities who give birth into their 40s and 50s may contribute to the misconception that fertility remains unchanged as a woman ages, said Afton Vechery, founder and CEO of a reproductive testing start-up called Modern Fertility.

Indeed, 28 percent of the fertility clinic patients surveyed in the small 2013 study said that they had gotten an inaccurate perception of their own fertility from media reports about older celebrities getting pregnant.

“We don’t hear the whole story,” Vechery said of celebrity pregnancies. “We don’t hear how many cycles it took to get pregnant. We don’t hear if they were using donor eggs or embryos.”

And of course, most people don’t have the financial resources to invest in fertility treatments the way that celebrities do. The average cost of a single IVF cycle is about $12,000. Donor eggs may cost $20,000, and a surrogacy may cost up to $100,000 in the U.S.

Advocates for fertility education say that sharing simple statistics about the health factors that increase infertility, or the age at which fertility begins to decline, would give students the freedom to make “life changing choices,” wrote London fertility specialist Dr. Geeta Nargund in a 2015 opinion piece.

This sentiment is what inspired Prior to conduct her survey among Australian students, too.

“By increasing awareness about fertility in young people, hopefully they will have the necessary information to make informed decisions about their future,” she wrote.

However, researchers haven’t yet been able to demonstrate that knowing more about fertility can change the way young people plan for their families.

For instance, 46 percent of the women from the smaller 2013 study acknowledged that even if they did have a more accurate picture of declining fertility earlier in life, their “life circumstances” wouldn’t have allowed them to start trying at a younger age.

These may include issues like student loan debt, the lack of a suitable partner, or concerns about a child leading to a stagnant career or depressed wages. And in fact, the No. 1 reason women gave for not having as many children as they would like is the cost of childcare, according to the Morning Consult survey.

And in fact, a randomized controlled trial of 1,455 adults of childbearing age in Japan who hoped to have children in the future found that education about age-related fertility decline did not change anyone’s desire to have children. It did, however, raise their anxiety levels ― perhaps suggesting that more intractable problems, beyond ignorance, are what stop people from trying to conceive.

Education is only one part of the picture, Prior agreed.

“We need to advocate for changes in society that will allow young people to have children at a time when it is biologically ideal,” she said. “This may mean policies that increase tax benefits for young parents, allow for affordable housing, and make the provision of flexible work environments mandatory for working parents, not just optional.” 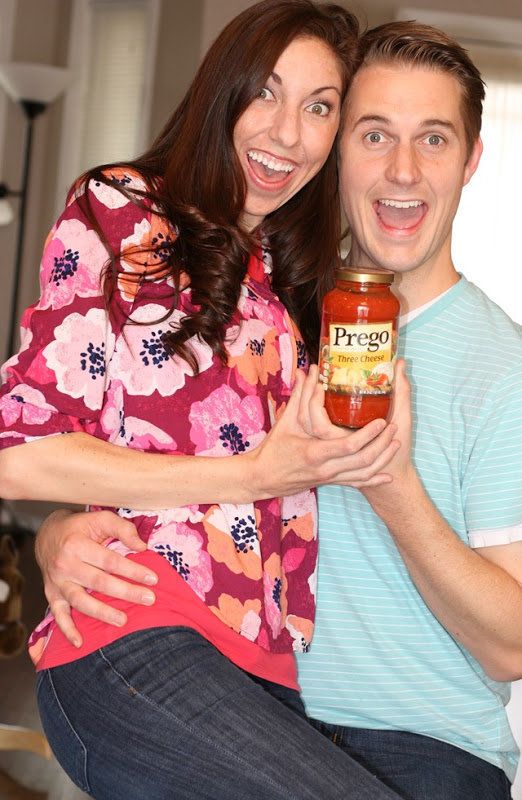