December is upon us, and that means one thing and one thing only: It's time to watch Home Alone. Widely acknowledged as the greatest film of all time, it tells the story of Kevin and his capers with two baddies who you kind of like even though they are attacking a child. The spirit of Christmas, ladies and gentlemen.

Aside from Kevin and his domestic adventures, Home Alone is about a huge collection of bad choices. Seriously, absolutely everyone in this film makes exceptionally appalling choices. Think about it:

They leave their passports and tickets lying around the kitchen.

Really people? A house with eleven kids and you think the best place to leave the only vital things you need when travelling is among the pizzas and milk? Morons.

Aside: good fact, when Kevin spills all the milk and causes the fuss that kicks starts the entire chain of events, his plane ticket is thrown in the bin with the napkins. That is why they don't notice at the airport. So now you know.

They let Fuller drink Pepsi when all evidence suggests he shouldn't.

He is a small child prone to bedwetting if he drinks soda, plus they need him to get up early so presumably go to bed early, and they think pumping him full of sugar during dinner time is a-ok. For the love of god parents.

A house of 4 adults and 11 kids (at least 4 of whom are approaching adult age) and only one alarm is set.

Really grown ups? Take some responsibility. Also, does nobody wake up before 8 a.m. in this family? Lazy swines. 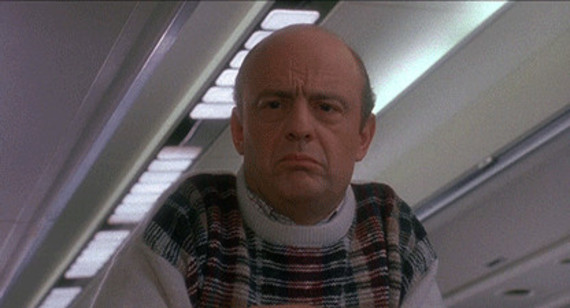 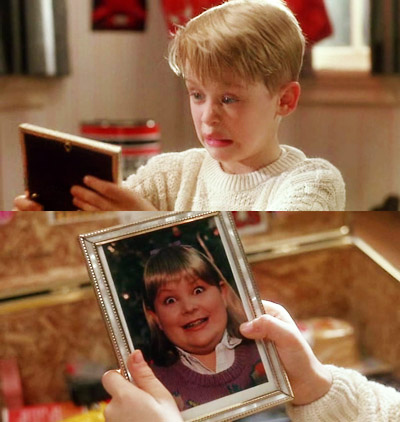 Buzz, your girlfriend IS A SMALL BOY. Seriously, it's a picture of the Art Director's son. It's just fact after fact today.

Everything the Wet Bandits do. 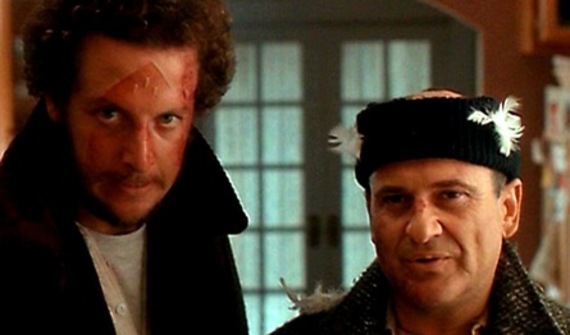 Professional criminals cannot penetrate an unlocked house because of icy steps, two paint cans and a fan that blows feathers at them. FFS. They also think the best way to get to a kid hiding in a tree house is by using a rope going out the window. This kid has tried to burn, crush and kill them, but yes, why not climb out the window towards him, he surely wouldn't untie or cut the rope, that would just be dangerous.

Nobody actually talks to the police.

A small child is home alone and nobody thinks to tell the police what has actually happened, allowing them to make incorrect assumptions and not take it seriously. Also, the police go to the house and when said kid doesn't answer the door the assumption is 'they must have miscounted' as opposed to, like, 'the missing kid might be in some kind of trouble, maybe we should check'. I hope the American Police force has improved in the last 25 years. 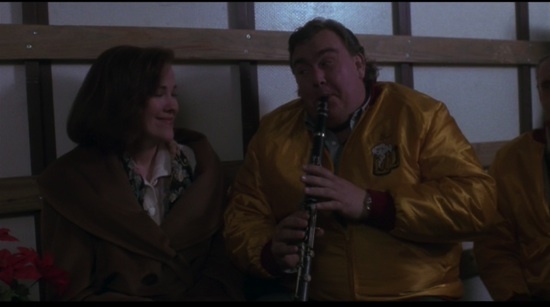 We know she can drive because they have two cars in the garage (call me Sherlock). She flies from Paris to somewhere this Brit has never heard of in the U.S. but that is, as we discover, driving distance from her house, and she never thinks about getting a car. Instead, she chooses the back of a van with the most irritating men on the planet. Come on Mrs. M., use your thoughts.

The whole family arrive minutes behind the mother, all on one flight from Paris to Chicago that presumably had space for fourteen people, and nobody thinks to let her know the plan? They are the parents of what is at this point a missing child and they don't stay in touch? This is exhausting.

Kevin is unable to tidy.

He thwarts bandits, he shops, he cleans, he half-cooks (microwaves don't really count) and he cuts down a whole tree before decorating it, but he doesn't think about checking each room once he has restored the house. He is capable of clearing tar off of stairs, but never bothers to pop his head around Buzz's door? Come on Kev. 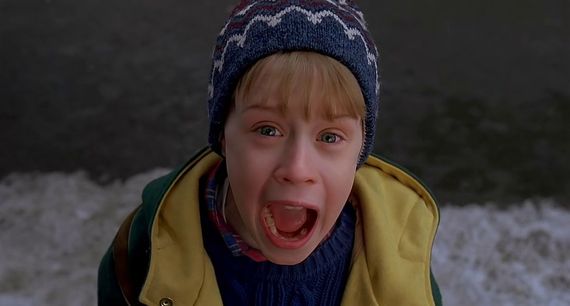 Aside from the endless moronic behavior, Home Alone is the freakin' best Christmas movie ever. Watch it immediately.