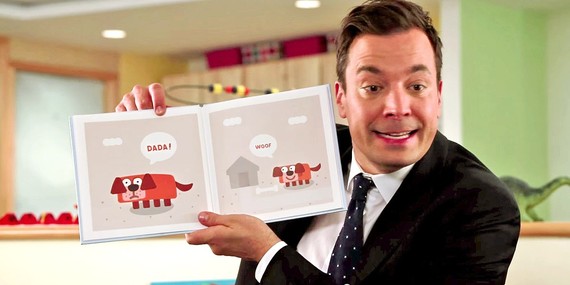 This article originally appeared on Fatherly:

Ask 10 comedians who the nicest guy in comedy is and 9 of them will say "Jimmy Fallon" (and the tenth is just f---ing with you). But, while his gig hosting The Tonight Show requires him to hear all sorts of celebrities-with-kids stories, he has plenty of his own as the father of 2-year-old Winnie and 9-month-old Franny. So, when he gets the chance, he gushes to anyone who will listen. Like cab drivers. The guy likes parenting so much, he wrote a book about it. Here are a few bits of parenting wisdom he's picked up and, yes, he cracks himself up when he tells them.

On His Diaper Changing Technique

"So, I don't breath through my nose, I totally plug my nose, 'Oh my god, cute baby! So cute.' And then, I have these wipes and I wipe and I wipe -- I wipe too much. At this point they're going all over the baby, I make sure there's nothing even around the baby. Then I put this diaper rash thing on that I also use, so I save money."

On The Other Fluids
"They vomit a lot. For a second, I thought I needed to rename my first 'Linda Blair' and hire a priest."

On Bilingual Parenting
"At 10-months old, I had her reading foreign language books -- Donde Esta Spot? was a big one. 'Donde esta Spot?" My voice gets deeper when I read Espanole, and I don't even speak Spanish. But she doesn't know that. Then I read French like 'Bonsoir, lune?', which is 'Goodnight Moon' in French, and I definitely don't know any French. But I just keep saying things as a question? 'Bonsoir, lune? Bonsoir, balloon? Bonsoir, oatmeal? Bonsoir, tiny mouse?'"

On The Challenges Of Conceiving 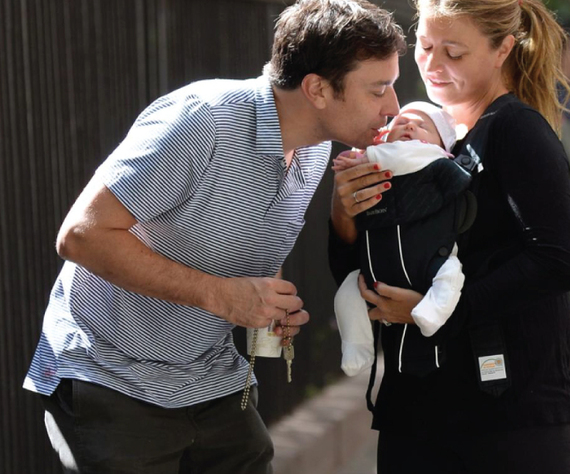 "People have struggled longer than we did, but there's shots involved and acupuncture and sleeping upside down. We tried everything. There's the embarrassment of telling people that we're having one and we're pregnant and then it's not working out. You have to go out and be funny every night and tell jokes and act like nothing's going wrong. But that's being a comedian -- that's the job."

On Developing New Skills
"Thank you, Winnie and Franny, for making me believe that I could make my own baby food. I hope you like your beet and Swiss chard pudding. It's made with love."

On The Best Baby Sitter
"Probably Will Ferrell." 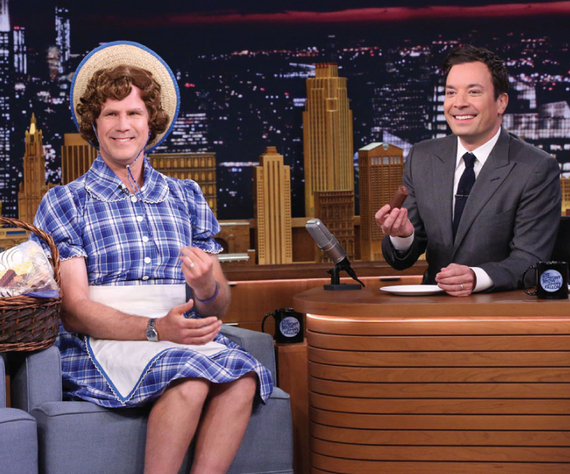 On Ensuring His Kid's First Word Was 'Dada'
"I did it with everything -- she wants a bottle, I go, 'You want dada?' I don't care if my baby's dumb, as long as she says 'dada' first. That's not my problem, that's the teacher's problem. Her first word was 'mama,' of course. We're not talking right now. But we'll get through it, it's cool."

On Not Needing Those Baby Gifts
"I have all my nieces and nephews' clothes, and all the gifts we get from celebrities we're giving to charities like Baby Buggy and Toys For Tots. So, it's kind of hilarious because we're giving away things like Hermès booties. So, not only is your baby going to be dressed, but she's going to be dressed like a Kardashian!"

On Losing Your Filter
"I never thought I'd be that annoying person, but as soon as Winnie was born I was showing iPhone snaps to a cab driver."

On Always Being There For Them
"I [Facetime] sometimes from home. I'm just in the other room going, 'Yeah, daddy misses you, but gotta watch the game."

More:
Parenting ParentsfatherhoodJimmy Falloncomedy
Newsletter Sign Up
Raise the kind of person you'd like to know
Subscribe to our parenting newsletter.
Successfully Subscribed!
Realness delivered to your inbox