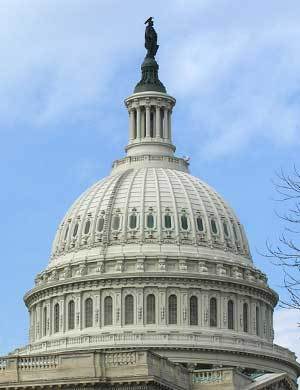 The U.S. House of Representatives last week passed the new and vastly improved version of what is now being called the Every Student Succeeds Act (ESSA), the successor to No Child Left Behind (NCLB) and the Elementary and Secondary Education Act (ESEA). For people (such as me) who believe that evidence will provide salvation for education in our country, the House and Senate ESSA conference bill has a lot to like, especially in comparison to the earlier draft.

ESSA defines four categories of evidence based on their strength:

The top three categories effectively constitute proven programs, as I read the law. For example, seven competitive funding programs would give preference points to applications with evidence meeting one of those categories, and a replacement for School Improvement Grants requires local educational agencies to include "evidence-based interventions" in their comprehensive support and improvement plans.

One good thing about this definition is that for the first time, it unequivocally conveys government recognition that not all forms of evaluation are created equal. Another is that it plants the idea that educators should be looking for proven programs, as defined by rigorous, sharp-edged standards. This is not new to readers of this blog, but is very new to most educators and policy makers.

Another positive feature of ESSA as far as evidence is concerned is that it includes a new tiered-evidence provision called Education Innovation Research (EIR) that would effectively replace the Investing in Innovation (i3) program. Like i3, it is a tiered grant program that will support the development, evaluation and scale-up of local, innovative education programs based on the level of evidence supporting the programs, but without the limitation of program priorities established by the U.S. Department of Education. It is a real relief to see Congress value continued development and evaluation of innovations in education.

Of course, there are also some potential problems, depending on how ESSA is administered. First, the definition for "evidence-based" includes correlational studies, and these are of lower quality than experiments. Worse, if "strong theory" is widely used, then the whole evidence effort may turn out to make no difference, as any program on Earth can be said to have "strong theory."

A strong theme throughout ESSA is moving away from federal control of education toward state and local control. Philosophically, I have no problem with this, but it could cause trouble in the evidence movement, which has been largely focused on policy in Washington. These developments create a strong rationale for the evidence movement to expand its focus to state and local leaders, not just federal, and that would be a positive development in itself.

In education policy, it's easy for well-meaning language to be watered down or disregarded in practice. Early on in NCLB, for example, evidence fans were excited by the 110 mentions of "scientifically-based research," but "scientifically-based" was so loosely defined that it ended up changing very little in school practice (though it did lead to the creation of the Institute for Education Sciences, which mattered a great deal).

So recognizing that things could still go terribly wrong, I think it is nevertheless important to celebrate the potentially monumental achievement represented by ESSA. The evidence parts of the Act were certainly aided by the tireless efforts of numerous organizations that worked collectively to create scrupulously bipartisan coalitions in the House and Senate to support evidence in government. Just seeing both sides of the aisle and both sides of the Capitol collaborate in this crucial effort gives me hope that even in our polarized times, bipartisanship and bicameralism is still possible when children are involved. Congratulations to all who were responsible for this achievement.