Get ready for more Ash Williams and "Evil Dead." Starz announced Monday that it would turn Sam Raimi's "Evil Dead" movies into a new series, "Ash vs. Evil Dead." Bruce Campbell, who played Ash in the original movies, will return to reprise his role.

The network said in a statement that the 10-episode series will premiere next year. Ash is now a "stock boy, aging lothario and chainsaw-handed monster hunter who has spent the last 30 years avoiding responsibility, maturity and the terrors of the Evil Dead." Per Starz, "When a Deadite plague threatens to destroy all of mankind, Ash is finally forced to face his demons -– personal and literal.” Raimi will direct the first episode, which he wrote his brother, Ivan Raimi.

“I’m really excited to bring this series to the ‘Evil Dead’ fans worldwide -- it’s going to be everything they have been clamoring for: serious deadite ass-kicking and plenty of outrageous humor,” Campbell said.

PHOTO GALLERY
8 Reasons Why the New 'Evil Dead' Is the Most Extreme Horror Movie Ever
Jessica Goodman
Entertainment Editor, The Huffington Post
Suggest a correction 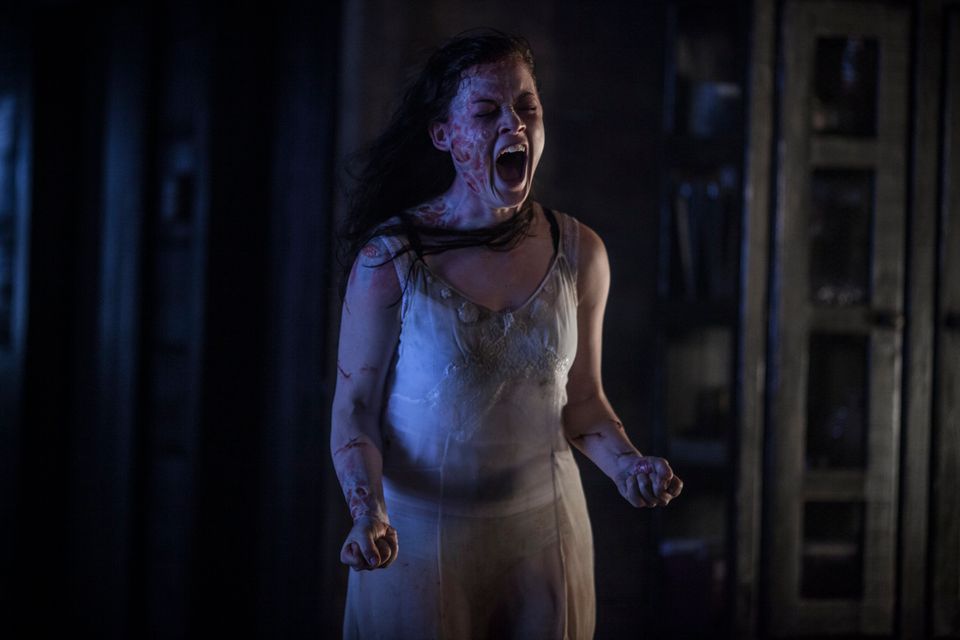 1 / 8
1. It's inciting walkouts, even from journalists
Screen Crush critic Matt Singer noted <a href="http://screencrush.com/evil-dead-review/" target="_blank">in his review</a>, "It is certainly not for the faint of heart; two women in the row behind me left about halfway through the movie, after one told the other that she 'couldn’t handle it.'" At the “Evil Dead” junket in Los Angeles, I talked to one seasoned journalist who admitted to leaving long before that, saying it was only the second movie she'd ever walked out of. Obviously, journalists aren't in the habit of exiting movies since it's their job to sit through to the end credits, but when [not really a spoiler since this is in all the promo photos] a character takes a broken mirror to her face and begins cutting it off, I nearly walked out myself.
Sony Pictures