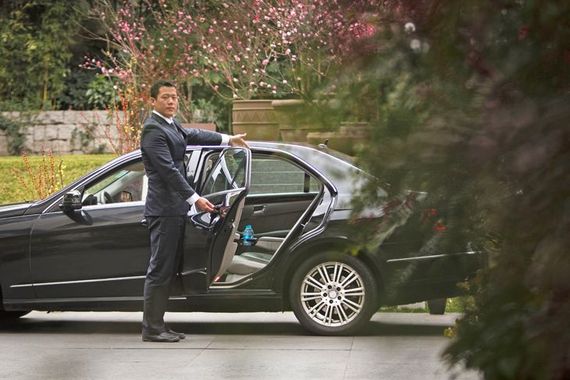 "What drives the most successful start-ups isn't the money, it's the mission. The founders who go on to create the greatest value for themselves and their investors are those with a vision of changing the world in some way."

Do you believe that?

Doesn't money make the mission possible and the vision real?

More importantly, who measures the world change? What metric do you apply? Is doing good even a part of it? Does anyone really care?

And if they do care, how does it manifest itself in the Brand and ultimately in investment and usage?

Let's take a look at the globally surging ride-sharing/ride-hailing industry around the world as a case in point.

And nowhere better to start than Uber.

Is Uber the new Evil Empire?

And if so, who cares?

At a valuation of $50 billion plus and operations in 300 cities across some 60 countries, the possibility of being "evil" seems a moot point, no?

True, they are having regulatory issues; are being accused of not vetting drivers and cutting safety corners in pursuit of profit; surge pricing is criticized -- particularly when, as occurred in Sydney, Australia, it is on the back of a tragedy where it looks like they are demanding money - more money, in fact -- to help others; some drivers are demanding the more costly benefits of full-time employees. You get the picture -- all is not Uber in UberLand.

And, one day a reckoning will occur around pricing if any of the above materializes, and the business model question will be front and center as competition will get stronger, because at parity pricing others will be able to meet its service level, which is judged mostly around showing up.

OK. Name and symbol creep me out a bit.

Yet, do I think of any of these questions or issues when I request a car?

Honestly? Never. When in New York, all I think about is that it's here so quickly -- WOW -- and the ride is cheap (mostly).

In fact, a recent Fast Company piece called "Admit It, You Love Uber" argues that despite our Uber Angst -- (using Uber as "the perfect vessel to contain our collective anxieties about, well, all the issues roiling society today") -- Uber is actually a safer company, creating jobs for the lower middle class and making life easier for non-city dwellers.

Yes, it's true -- but what happens if another, kinder Uber shows up?

As I said, at a $50-billion-plus valuation that would seem enough.

Which is why I call your attention to recent business reports from China:

According to news reports, Travis Kalanick, founder of Uber, was in China during the summer, and told the founders of Didi Dache (now merged to form Didi Kuaidi) that he would conquer China as he had the world.

Their response was, "You are earlier than us globally, but there will be a day when we will surpass you."

And, many argue, has given Lyft a major lift and maybe, just maybe, created the Uber Uber.

Brand essence killed the deal for Uber. Hubris, attitude, the extension of all its values -- some might argue lack of them -- that made it successful.

Time will tell -- Uber has forever changed the industry, but we have seen changes in industry stay as the supposed first mover monoliths have fallen. And I, for one, will no doubt continue to use it.

Yet, there is more.

We hear so much about the sharing economy, adding real value to the world, utilizing local strengths and needs to overcome lack of infrastructure or expense.

One of my favorite stories, in this vein, is that of the dabbawalas of Mumbai delivering goods for Flipkart, India's local Amazon -- drone investors beware!

The I-need-a-ride industry has a number of examples:

At a valuation of $1.6 billion, it is nowhere near Uber, and its mission of making use of "empty" cars for between-city travel has an ecological twang -- but more importantly, it is focused on emerging/developing markets, which have little or no public infrastructure, and we all know where the growth markets are.

Bloomberg calls it the "Utopian, hippie Uber". La'Zooz sees its mission as "community responsibility, alleviating city congestion, saving the environment and the fair share of wealth." Further, said founder Shay Zluf: "Just doing another application was not enough for me...what is important for me is to start a movement."

Read more about them -- you might think them a little off the wall -- but then again...

To recap, in the most general of terms we have:

Ecologists who want to save the environment

Hipsters who want to redistribute wealth

Yet at the end of the day, it's all about getting me from point A to point B -- quickly, efficiently, with a nice experience and in a car that doesn't smell (sorry to be so practical).

How much of the Brand personality will make a difference in the future?

A man's character is his fate. Heraclitus

And then ask Donald Trump in a year and half from now.

Make no mistake. The game has changed -- forever.

We now know how easy it is to get a ride and how technology makes it simple for the driver to find their way.

Keep the cars clean, the drivers nice and the price a reasonable value exchange and all is good. Add messages of ecology and doing good -- even better.

A little bit of everything -- and yes, throw in some advertising too -- see Snapchat.