One need not journey to the mountains of Afghanistan or Pakistan to discover evil. We have our own home-grown variety of dangerous extremism here in Florida. The Dove World Outreach Center in Gainesville, whose pastor Terry Jones has written a book called Islam is of the Devil, believes he is called by God to defeat non-Christians in general, and Muslims in specific. 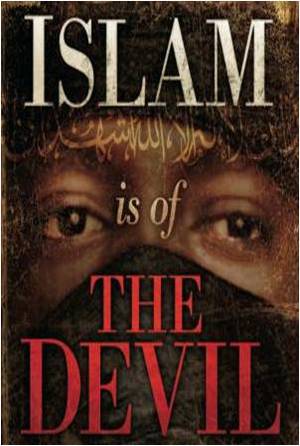 Fortunately his excessive ideas have not carried widely. The church, according to Voice of America, has about 50 members (VOA). Their web presence is far more ominous, with a Facebook page and an active website. With only 16 fans, the Facebook site is more lethal than meets the eye -- as is the website. The church published an essay this week on-line an entitled "Ten Reasons to Burn a Koran." 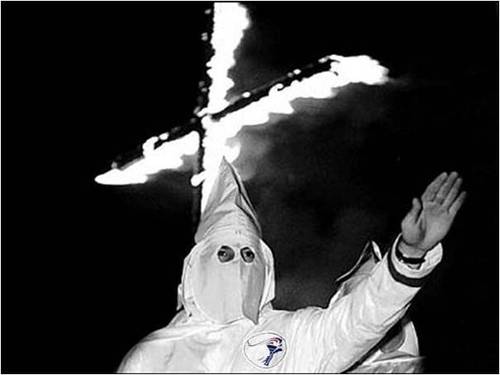 Photo taken from the Facebook page of "Islam is of the Devil."

On 9/11/10 we are burning Korans to raise awareness and warn. In a sense it is neither an act of love nor of hate. We see, as we state in the Ten Reasons below, that Islam is a danger. We are using this act to warn about the teaching and ideology of Islam, which we do hate as it is hateful. We do not hate any people, however. We love, as God loves, all the people in the world and we want them to come to a knowledge of the truth. To warn of danger and harm is a loving act. God is love and truth. If you know the truth it can set you free. The world is in bondage to the massive grip of the lies of Islam. 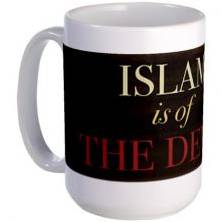 The book now has its own website with products.

The earliest writings that are known to exist about the Prophet Mohammad were recorded 120 years after his death. All of the Islamic writings (the Koran and the Hadith, the biographies, the traditions and histories) are confused, contradictory and inconsistent. Maybe Mohammad never existed. We have no conclusive account about what he said or did. Yet Moslems follow the destructive teachings of Islam without question.

Islam (not us) is totalitarian in nature, like Nazism, Communism, and Fascism. T his evil nature of Islam needs to be seen. Moslems around the world burn and kill on a regular basis, every week, properties and people. All you have to do is follow the news. T he many death threats we are receiving, the warnings about terror attacks also prove our point. Do Christians make these threats when Bibles or churches are burned? No. 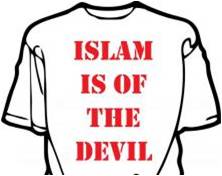 T-shirts on sale at the Dove World Outreach Center site.

In 1985 I co-founded Fundamentalists Anonymous to combat the Fundamentalist Mindset, a black-and-white way of thinking described by the Dove World Outreach Center above. Sadly, this church embraces this mindset to counter not only the excesses of Islam, but all of Islam. This is as dangerous and illogical as condemning Christianity because of the Dove World Outreach Center. 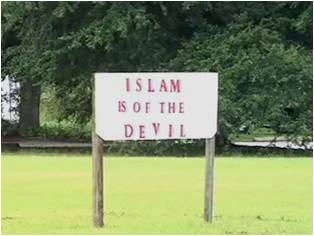 On the Phil Donahue Show in 1985, I described this Fundamentalist Mindset for the first time on national television: A mindset that sees the world in black and white, right and wrong, good and evil. A mindset that cannot compromise. A mindset that is intrinsically unhealthy. This mindset creates extremism in any theology or worldview from Christianity, Buddhism, Hinduism, to atheism, Communism - any set of values that cannot accept gray. In short, Extremism.

We have fallen asleep since 9/11/01 and have been hoodwinked by the growth of a (for now) non violent Islam. Shall we give in to threats, then, and allow Islam to grow in America unopposed? We at Dove World Outreach Center will not, even if it costs us our lives. For those who support us, we say thank you for standing with us in courage. For those who oppose us, we say wake up and do not give in to the fear and lies!

Given the brouhaha about Muslims creating their own spaces of worship in lower Manhattan, near New York City Hall, it cannot be said that this anti-Islamic sentiment is an isolated case, however extreme. Throughout Europe and Canada laws exist regarding hate speech. Although I support the ACLU's position on Freedom of Speech in this country, there has to be some way to protect my Muslim friends from this type of outrage. I remember the words of Martin Niemoller, If we do not stand up when they come for different groups, there will be no one left to stand up for us (saying).

I know the most difficult intellectual challenge to liberals and moderates like myself is being totally opposed to extremism. We are rightly afraid of becoming extremist ourselves. I have wrestled with this quandary since 1985 and find that if we cannot stand up against extremism, we will lose. Extremism won in Germany, was responsible for the Cultural Revolution, and the Killing Fields. The Dove World Outreach Center does not have this power, but the concept that 'Islam is Evil' is an ideology that can and has killed all over the world.

I do not know what the most appropriate response is to this growing Islamophobia in the United States -- and in Europe -- but I know this mindset is extremely dangerous. I call on minds loftier than mine to propose immediate solutions to this human crisis before the flames of hatred engulf us all.

This essay appears in Indonesian on The Jim Luce Stewardship Report (JLSR).

Remembering My Battle Against Fundamentalists

I Asked: Is the Fundamentalist Mindset Diseased?