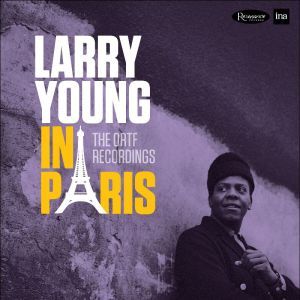 It is not hyperbole to say that Larry Young was perhaps the last great innovator on the Hammond B3 organ. His trailblazing fusion work with Tony Williams, John McLaughlin, Miles Davis, Carlos Santana and as a leader in his own right would all be part of a seemingly un-matchable legacy that catapulted the organ from the confines of the groove to limitless possibilities of the stratosphere. Tragically he passed away at the age of thirty-eight while being treated for pneumonia, but it leads one to speculate on the endless possibilities his continued development would have brought to the music has he lived.

Thankfully, producer Zev Feldman, of Resonance Records along with executive producers Michael Cuscuna and George Klabin, uncovered this gem of a discovery at the INA (Institut national de audiovisual of France) which oversees the RTF/ORTF (Radiodiffusion-Television Francaise and Office de Radiofussion-Television Francaise) archives that document an important part of his development as a player. This beautifully packaged two-disc set, Larry Young in Paris the ORTF Recordings, captures Young in Paris sometime between 1964 and 1965 and features a series of ten songs played with different line ups and broadcast over French public radio.

Importantly it marks the period just preceding Young's Blue Note Years and you can hear the sound that Young was developing, one that would later be honed with such precision on the groundbreaking album Unity. Young is just twenty four years old during these recordings and is predominantly a sideman on these sessions; a key figure in tenor saxophonist Nathan Davis' quartet along with fellow Newark, New Jersey band mates Woody Shaw- an amazing nineteen years old at the time- on trumpet and Billy Brooks on drums. These are inspired young black musicians in a pivotal time for Black Americans. Together these guys just cook, driven by Young's pulsing B-3 moan and Brooks relentless traps. The music is electric like on Davis' "Trane of Thought," which shows how well Young's left foot bass line could just drive the rhythmic heartbeat of the band. Woody Shaw's fabled intervallic leaps are on grand display and saxophonist Davis shows his strong Coltrane influence.

The band is also featured on two Woody Shaw compositions the driving "Beyond All Limits" and quirky "Zoltan." The first a skillful demonstration of tight group interplay-clearly owing a debt to the Blakey legacy- with Davis' muscular tenor voice leading the way and Shaw's sinewy trumpet lines weaving in and out of complex phrases. The rhythmic surety of Young and Brooks surge is like the endless splash of waves on a beach. When Young solos, his deft use of pull bars and masterful harmonies show the man's unerring sense of time and space. On "Zoltan" the cadenced opening by Brooks is reminiscent of a military march. This is a live recording and the energy level is palpable. Young and Brooks lay the modal groove over which Davis-sounding more like Rollins here- and Shaw soar in opposing statements of acclamation with fury. Shaw is particularly kinetic in the higher register having at times a decidedly Gillespie-like sound to his horn. After a long Shaw solo, Young finally gets his chance to shine playing at first with a restrained, almost muted sound before skillfully adjusting his pull bars to create a wail of urgency that brings the entire song up a notch in intensity. This leads the group into a frenzied exchange with Shaw, Davis and Brooks all trading licks in a flurry of excitement and drama that is just a marvel to behold.

The group is expanded into the Jazz aux Champs-Elysees All Stars with the addition of French players. Tenor saxophonist Jean-Claude Forhrenbach, trumpeter Sonny Grey, and pianist and leader Jack Diếval, along with Italian drummer Franco Manzecchi and conga player Jackie Bamboo. Together they tackle Young's bopping "Talkin' About J.C." with a joyful abandon. The extended front line is fluid and precise as they navigate tune's head. The solos flow solidly throughout. Half way through Fohrenbach takes his turn on tenor with a deeply melodic, Getzian tone to his swing, complimented by Diếval's piano comping. Drummer Manzecchi is delightfully loose and freewheeling, he and conga player Bamboo push the tempo. Maestro Young holds down the fort with the two percussionists keeping the groove smooth as silk throughout with brilliantly understated comping that is like of carpet of sound-very similar to McCoy Tyner's work on piano- that sets the scene for the others to make their statements. Diếval and Young have a wonderful interchange of ideas at about the twelve-minute mark, with Larry sometimes laying leading bass lines for Diếval's pianistic explorations. Young's solo on this is perhaps his most creative of the album probing and exploratory all within the framework of a deep groove. The international group continues with "La valse grise", a song presumed to be penned by the French pianist and the All Star's band leader Jack Diếval. The cool blues groove "Discotheque" is more traditional fare. Young creates his own groove with his pedal driven walking bass line and deeply sultry organ comping. Diếval offers a Martial Solal inspired piano solo.

Perhaps the most striking part of these internationally spiced sessions is the stark contrast in the playing styles of the horn and reed players. The American players being much more under the influence of the Coltrane/Tyner legacy then their European counterparts, whose sound is much more rooted in the legato, deep-throated tone of Webster, Hawkins and Ellington.

Young is featured on two songs in the trio setting with conga player Jacky Bamboo and drummer Franco Manzecchi, the campy "Mean to Me" and Young's own "Luny Tune." There is an immediate intuitive connection between Young and Manzecchi, with the drummer being particularly attuned to Young's lofty explorations. Listening to Young breath life and excitement into the otherwise lackluster "Mean to Me" is just a joy to behold. You can hear Manzecchi playfully responding to Young pushing the harmonic boundaries of the song's limits. 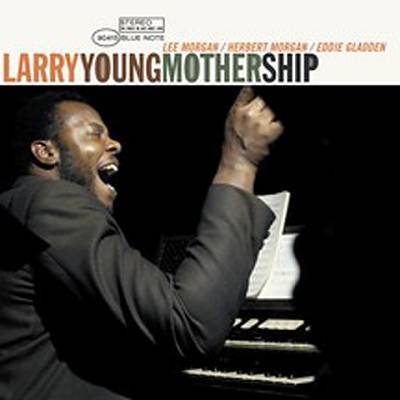 On the jaunty "Luny Tunes," Young is at his most creative, laying down a firm bottom and adjusting his drawbars to the perfect gurgling sound, always facile enough to adjust his sound appropriately as he changes direction, all the while Manzecchi is step for step with him accenting at all the correct breaks as if the two musicians were of the same mind.

Hearing Young on piano is a rare treat and he plays brilliantly on the finale titled "Larry's Blues." He is joined by French bassist Jacques B. Hess and the intuitive and Italian drummer Franco Manzecchi who again proves up to the task of anticipating Young's excursions. Young is particularly Monkian in his dissonant approach and yet he always keeps that groove.

The booklet that comes with this cd set is filled with a treasure trove of information and never before seen photographs that just make the whole listening experience so much more complete. Larry Young's connections to both Eric Dolphy and Bill Evan's makes for some fascinating reading. Notes and comments by guitarist John McLaughlin and organist John Medski are equally compelling as are recollections from Nathan Davis, the musicians' progeny Woody Shaw III and Larry Young III. For any student of the music and the jazz organ in particular Larry Young in Paris the ORTF Recordings offer a rare glimpse into the evolution of a truly unique giant of his instrument.