The success of a business should depend on the quality of service provided. And while this logic guides most private enterprise in our country, electricity markets march to a different tune.

Currently, electric utilities make money by building and maintaining centralized power plants and large transmission lines. This market structure is known as a cost-of-service because utilities are given guaranteed returns on the amount of money they invest to provide electric service to customers. Once logical, this structure now encourages utilities to favor expensive investments even if new, affordable solutions - such as energy efficiency, demand response and local renewable generation - offer a cheaper alternative. This has led to an inefficient and overly expensive electricity system. For example, New York uses just 60 percent of the electricity its system is capable of generating. And New Yorkers pick up the tab, through their utility bills, for this oversized system. 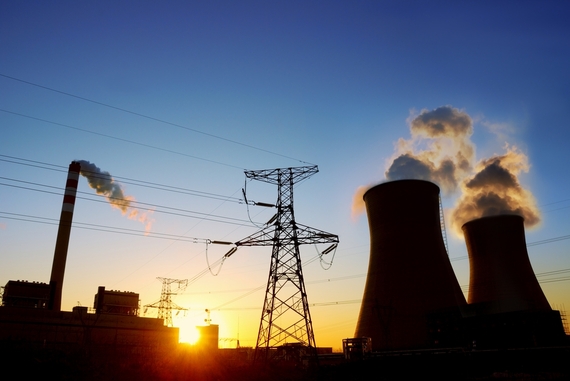 The existing electric market structure has two other significant drawbacks. First, it fails to financially motivate utilities to provide better service - in terms of efficiency, reliability, cost or a host of other useful measures. There is little connection between profit and performance. Second, and even worse, is that if another company tries to offer customers a better service, the market directs utilities to limit customer choice by hindering third party participation. A customer who installs rooftop solar no longer buys as much - if any - power from the utility. Seen in this light, it's no wonder why utilities have staunchly opposed the rise of rooftop solar: it erodes their customer base.

A solution is at hand though. Rather than simply giving utilities a fixed return on investments, utility profits should be based on performance. This approach can drive competition and innovation to deliver cleaner, more reliable and more affordable power.

Under a performance-based structure, an electric utility's primary role is to provide the best service at the lowest cost. By managing customer demand for electricity at key times, utilities can minimize the need to build new power plants and transmission infrastructure. Additionally, utilities can streamline the integration of distributed energy resources that are proving increasingly capable of cost-effectively meeting system needs. By aligning profits with performance-based goals, utilities will be motivated to leverage their deep knowledge of the grid, as well as the power of the market, to bring the best technologies and services to their customers. Utilities that exceed performance-based goals receive above average earnings, while utilities that underperform receive below average earnings.

Restructuring the electric sector is easier said than done. Yet, a number of states are seeking to align utility profits with performance - based on societal objectives such as increased reliability, greater resilience, and reduced greenhouse gas emissions.

Unsurprisingly after the effects of Hurricane Sandy, New York is the avant-garde. Its Reforming the Energy Vision proceeding, which got underway earlier this year, is already guiding New York utilities to improve delivery of electricity and grid resilience.

Consolidated Edison has been serving New York residents since before the Brooklyn Bridge was built, but this utility's mindset is far from set in stone. No doubt inspired by its policymakers' Reforming the Energy Vision effort, ConEd recently announced plans to manage electricity demand - using demand response, storage and energy efficiency - rather than building a new $1 billion dollar substation to meet unmanaged demand. This move alone is expected to save customers around $500 million. Like ConEd, Central Hudson Gas & Electric is similarly shifting with New York's evolving electric sector and plans to develop more local solar generation and a demand response program.

Both of these New York utilities are following the lead of PSEG Long Island. Through a Feed-In Tariff program launched in 2012, PSEG Long Island is bringing 150 MW of local solar online. The utility is staging for 40 MW to be sited within a constrained section of its grid, which will save ratepayers $84 million in transmission-related costs, which alone is nearly enough to pay for all the solar installations.

A well-structured market is a powerful tool. As New York and other states restructure their electricity markets, it is crucial they craft smart incentives that encourage desired outcomes. And a customer-centric approach that aligns utility profits with performance will deliver a better electric system.

About the Authors
Craig Lewis is Founder and Executive Director of the Clean Coalition, a nonprofit leading the transition towards renewable energy and a modern grid. David Olsen serves on the Board of Governors of the California ISO, operator of the state's electrical grid.

Executive Director of the Clean Coalition