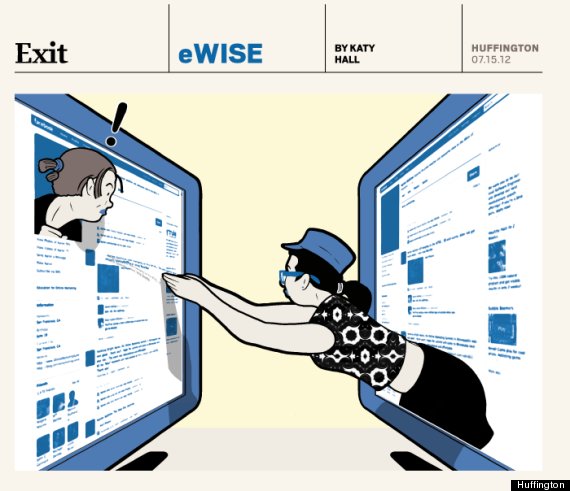 An acquaintance of mine is plagiarizing my status updates on Facebook. I was willing to give her the benefit of the doubt the first time, but last week it happened again (with an old Liz Phair lyric). We have mutual friends and it's weird. Should I confront her?
-Flattered?, Austin

First you should confront the sad eighth grader inside of you and tell her things will get better. Broadcasting your angst only makes it worse! Then go like the status updates your friend copied. That should embarrass her into deleting them or at least steer her toward someone else next time she can't find the words to convey her feelings to the masses. Also delete your own lyrical status updates. You are the original plagiarizer -- come up with something more precise to say about yourself.

As for your friend and other uninspired attention seekers, there is an app that generates mildly clever status updates intended for users to choose from and pass off as their own. It's called Status Shuffle, and for 99 cents musings such as "Hmm. Halo or horns today?" can be yours, or at least appear to be.

I was recently invited to the wedding of a former best friend -- we've remained friends but he and I have grown apart over the years. The night before the wedding, I saw photos of several former close friends at the rehearsal dinner on Instagram. I "liked" them and commented on how great everyone looked to show support. The bridal party thought I was mocking them and was cold to me at the wedding. Was I in the wrong?
- Supportive ex-best friend, New York

Sounds like you didn't miss out on much if your Instagram activity was the bridal party's takeaway from the rehearsal dinner. As the suggested course of action described above shows, likes can mean the opposite. Your friend may have already felt awkward about not including you with the rest of the old group, and seeing you following the festivities in real time could have startled him -- especially if he imagined you sitting alone at your computer on a Friday night, while you were of course just looking at Instagram on your phone to document your own sparkling life. You know you weren't in the wrong. Try not to care that they think you were and be glad you no longer have much in common with people who sound alarms over their photos being admired.

Have a question about electronic etiquette? Email ewise@huffingtonpost.com.